Corruption and Entanglement: how long will we allow exploitation? 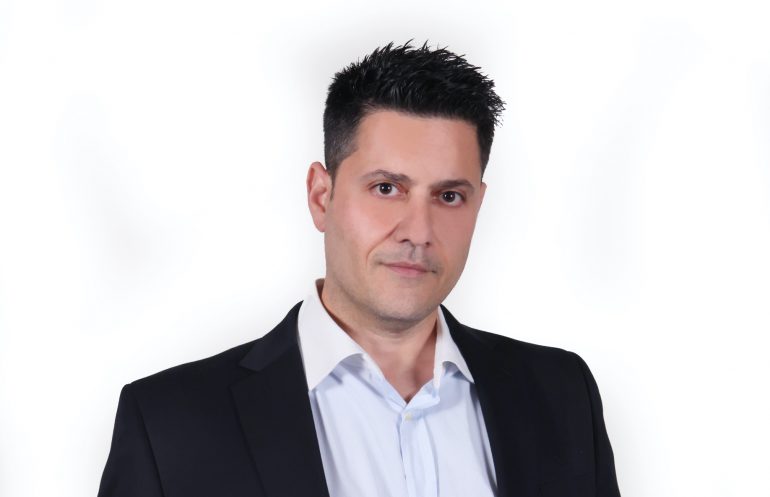 Corruption and entanglement. A phrase in a thousand words now (unfortunately), to the extent that there is a danger that we will stop giving it due importance.

The scandalous practices that led us to the banking crisis, the lack of supervisory mechanisms and the general mismanagement brought our state one step away from bankruptcy. It took the memorandum and the "easy solution" to the haircut of our fellow citizens to survive.

While the European Union is facing a particularly large number of corruption and fraud cases related to Cyprus, our government is announcing measures to prevent and fight corruption in which it is also involved!

According to the Interim Finding of the Nikolatos Research Committee for the exceptional naturalizations, 6546 naturalizations took place under Nikos Anastasiadis, of which 52% were considered illegal and a large number of the rest did not meet the criteria. And this while our president was traveling with his family for vacations with private planes of naturalization applicants.

With the constant interventions forcing our police to use two measures and two levels in crisis management, such as the case of firing water on peaceful protesters that endangered the vision of one of our fellow citizens, in the face of complete inaction in much larger gatherings.

The Cyprus issue seems to be in a worse situation than ever, with no prospects, with Turkey now promoting a two-state solution.

With our political system based on customer relationships, corruption and entanglement have become systemic. Partisan interventions by the respective government determine appointments and promotions in the wider public sector, leading to the perpetuation of problems. Such situations harm the citizen as it allows individuals to be hired or promoted to key positions, not as a result of excellence and meritocracy, but as a result of customer relationships and / or entanglement. Customer relations need to be set aside and a change of mentality is a prerequisite for that.

The current justice system is characterized by the extremely time-consuming trial of many cases, with the result that no real justice is administered. Faster justice is a necessary ingredient in the fight against corruption and entanglement.

While most citizens struggle in our daily lives to make ends meet, some with the right connections exploit them to hoard without even adhering to the basic pretexts, as revealed by the golden passport scandal. Systemic corruption has eroded the credibility of the state in the eyes of the citizen. We have reached the point of questioning the credibility of the President of the Republic as an interlocutor for the settlement of the Cyprus issue.

In general, we expected the political staff to be vigilant on issues such as the issue of the Famagusta settlement, to plow Europe to seek support from our allies, to take care of the support of the citizen in the difficult times we are going through, to support the young people who have trapped in starvation wages and instead waiting to be told and thank you for not being unemployed.

We are witnessing phenomena, politicians and idiots to boldly and without shame promote their own personal benefit and get rich by offering services and building villas for sale through the investment program. In their haste to seize as much as possible, as quickly as possible, to secure naturalizations indiscriminately, without meeting the basic provisions of the investment program. As a result, the whole effort to collapse and abolish the investment program, which aimed at the financial support of the state and not the illegal easy enrichment of a small portion of businessmen and mothers.

And despite the scandals, for the time being, the only resignation we saw was that of Andreas Paraschos who dared to deal with the golden passport scandal.

And I ask: with what credibility can the traditional forces function as representatives of our interests? Can we trust the big parties to change simply because they have added some new people to their ballots? Undoubtedly, the need for party discipline will always be used to impose and continue the way the big parties operate and behave as we have known for a long time.

The Environmental Movement has been fighting for years with the problem of corruption and entanglement. In 2018, he made an effort for transparency in the issue of gold passports. An effort that was voted down by DISY, AKEL, DIKO and EDEK.

The forthcoming elections are an opportunity for the citizen to criticize the wrongdoers through his vote. Unless there is a political cost to the incumbent parties, there is no incentive for self-criticism. The citizen is not motivated to change the situation. If there are no political costs, we will just wait for the next scandal for which, at best, it will lead us again to street protests, and at worst, it will lead our economy to further economic adventures. The exploitation of state resources for the enrichment of a few will continue. Problems for our young people will continue.

It is a fact that we have almost gone bankrupt as a state due to mismanagement and corruption. It is also a fact that the investment program was exploited by politicians and their associates and then ended as a result of the greed of a few exposing our state internationally. That is why, when we vote, we must keep in mind that our vote now affects the future of our children. Elections are the only real opportunity we, the citizens, have to judge the government of the country and to punish the many acts that bother and offend us. The current government has been marred by horrific corruption during its rule. If we reward with our vote what we have experienced for so many years, do we ever have the right to look forward to a better tomorrow?

I urge everyone to think before deciding who deserves their vote. I remind everyone who intends not to vote that their abstention simply perpetuates the situation. It would be much better if they voted for one of the smaller parties, which behaved flawlessly and performed their duties honestly in Parliament, if their goal by not participating in the elections is a vote of protest. For those who are really looking for cleansing, the Green Movement is the most reliable choice. Strengthening it, strengthens the voice in Parliament that for years highlights corruption and seeks accountability. The Movement of Ecologists, with only two deputies, has raised so many issues. Imagine what he could do with four or more MPs, a number that seems feasible based on opinion polls.

And because as an outraged citizen, I understand that everyone looks the same in the eyes of the frustrated citizen, to show in practice that my goal is a better society for the citizen and our children and not the personal benefit, I have already announced that in case of election I will have half my net salary every month as an MP to support charities and charities.

For anyone who would like to know more about my posts can be updated from my website at www.nicolaspapadakis.com as well as on Facebook, searching for my name.

I am at the disposal of anyone who would like to discuss the solutions that our society urgently needs.