Holy Wednesday: What happened today according to the Christian faith 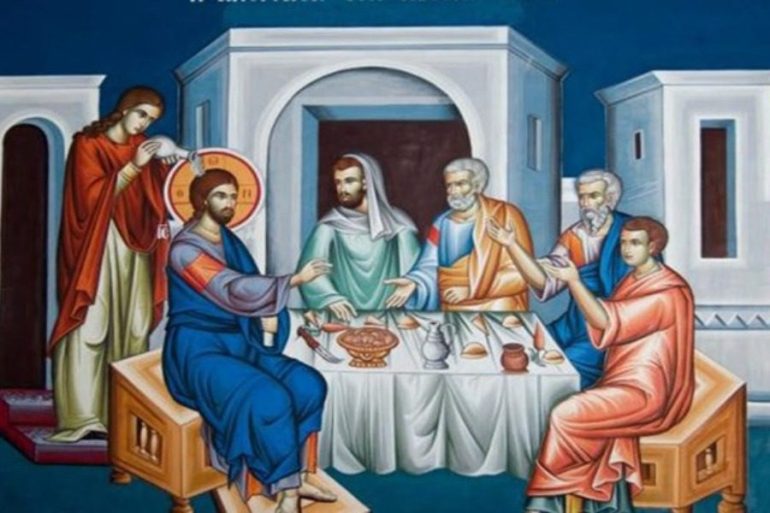 The third day of Holy Week, the week of the Holy Passion of Christ, is dedicated to the conversion of the pope who anointed Jesus' feet with her hair, but also to the betrayal of Judas.

Repentance is one of the most important teachings of Christianity. It takes courage to sincerely repent, something Christ himself admired. The penitent one anointed Jesus' feet with precious myrrh and was forgiven of all her sins, after she sincerely repented. The price of the precious myrrh at that time was around 300 dinars and for this reason it was criticized by all the disciples and Judas more strongly, as they knew the alms that their teacher showed to the poor. Christ defended her, saying that she was preparing him for his burial. After all, he told the students, "you will have me with you for a while longer, you will help the poor throughout your life."

Judas left unhappy and skeptical. He immediately went to the High Priests and negotiated the surrender of Jesus for 30 pieces of silver. Ecclesiastical tradition contrasts the repentance of adultery with the betrayal of Judas. Origin has absolutely no meaning, but intention. Slavery is completely freed from sins while Judas, the disciple of Christ, is taken prisoner in avarice.

On the night of Holy Wednesday, the orthros of Holy Thursday is sung with the central theme of the washing of the Apostles' feet by Jesus, the Last Supper in Gethsemane, and the betrayal of Judas.

The Last Supper, according to the Christian faith, was held between Jesus and the Twelve Apostles in Jerusalem one day before His Crucifixion. Today, this day is called Holy Thursday.