Apollonas - Olympiacos: A tie and in "Karaiskakis" qualification is decided (VIDEO)

Watch the main phases of the match in video 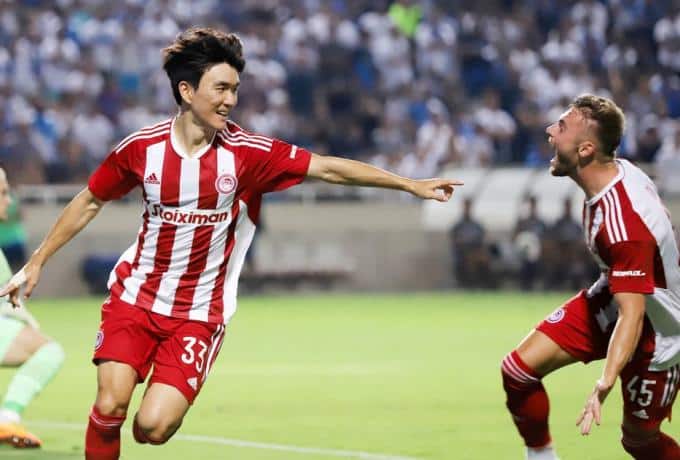 Olympiacos "had" Apollon Limassol, they missed golden opportunities in the replay, but with a 1-1 draw, they go to the rematch with the confidence that they will easily or difficultly qualify for the Europa League groups. Excellent debut with a goal from Huang.

Significantly improved from the first four matches of the season and refreshed with the entry of Inbeom Huang into their lineup, Olympiacos were better than Apollon Limassol in their first Europa League play-off match at GSP and should he only blames his own failure for the fact that he did not leave Nicosia with the "double"-half qualification and of course his first victory this year. The 1-1 final drawn from the first half (18′ Yanga – 29′ Huang) leaves everything open for Karaiskakis’ replay in a week, when it will be decided in which groups the two teams will continue, those of Europa or those of the Conference League. Leading - by a margin - for the "red and whites" is the South Korean midfielder, fatal Youssef El Arabi who missed at least three chances for a winning goal from contact.

Start with pressure from the home team

The beginning of the match was relatively balanced for both teams, with Apollo having its lines high and pressing more, but with Olympiakos having the first phases, mainly in the counterattack. In the 3′ a long shot by Rangelovic went wide after a combination with Huang, while in the 7′ Vačlik drove a dangerous cross-shot into the corner. A minute later, in one of their counter-attacks that ended in stoppage time, Olympiacos had another shot by Embila from outside the area, also out. In the 10th minute the home side found a way to the net with Pitta following a charge in the area, but the goal was rightly disallowed for offside.

The first big chance of the game came in the 17th minute when Kunde found space and tried his foot from thirty yards, the ball taking a terrible trajectory and finding the junction of the posts before ending up wide. The Cypriots responded to the "red and white" crossbar with... a goal! In the next minute, in the 18th, Apollonas opened the scoring with a lucky goal. After a shot from outside the area was played against Cisse and Reabciu, the ball was laid to the oncoming Yanga who found himself out of nowhere to square with Vačlik and make it 1-0 from close range.

He equaled his best

Despite the conceded goal, during this time Olympiacos was moving the ball better and certainly... much better than in its previous matches. Somehow, it wasn't long before the equalizer came in one of those well-created phases. Gingernagel and Reabciuk combined nicely from the left in the 29th minute, the Moldovan found Huang who with excellent control in movement avoided his personal opponent, entered the area and with a nice left footed shot made it 1-1. Piraeus kept control after the equaliser, held the ball longer and circulated it even better, built their attacks properly from the wings and had 2-3 good but uncompleted attempts. In the 43' as the last phase of the half, El Arabi's header was recorded well outside but from a good position, after a cross from Kunde from the right.

El Arabi has lost the lost

Olympiacos, the overall best in the first half, showed improvement both in the offensive part - and especially in the creation - with the driving forces of Huang, Zinkernagel and Kunde. But the most important thing is that he showed a more cohesive image in defense, where he limited the many mistakes both on an individual and team level. Offensively, he stepped up even more in the second half, when in the first quarter he missed huge opportunities for a more... restful comeback. In the 53', Ranjelovic didn't manage to find himself marginally on the path of the ball on a nice cross from El Arabi, with the Moroccan then missing unique opportunities, especially for his class.

A minute later, in the 54th minute, Huang created with a flawless cross, Rangelovic turned for El Arabi who lost control and 57-a-64. Another minute later, the Moroccan forward missed again from touch after another fantastic effort from Huang. His third attempt wasn't too bad since in the XNUMXth minute the center forward of Piraeus succeeded and missed in the spot after a turn by Ranjelovic. Last phase for Corberan's side in this period that of the XNUMXth minute, when this time the Moroccan created and Huang failed to place correctly with an overextended leg and Jovanovic stopped him.

In the last twenty minutes, Olympiacos, which had begun to lose their strength, retreated again and left the ball to Apollon. There were no special phases, at least not complete, but 2-3 dangerous situations were created that could have hurt him again. However this gamble worked out, Corberan's changes helped with the pressure part, there were some good attacks mainly from the right but they also did not finish and so the final whistle from the Spanish referee found the two teams staying in this 1-1 which certainly leaves the Cypriots more satisfied given how the match developed. In any case, the two "Legends" renewed their appointment for Karaiskakis where qualification for the Europa League groups will be decided.

The composition of the groups: 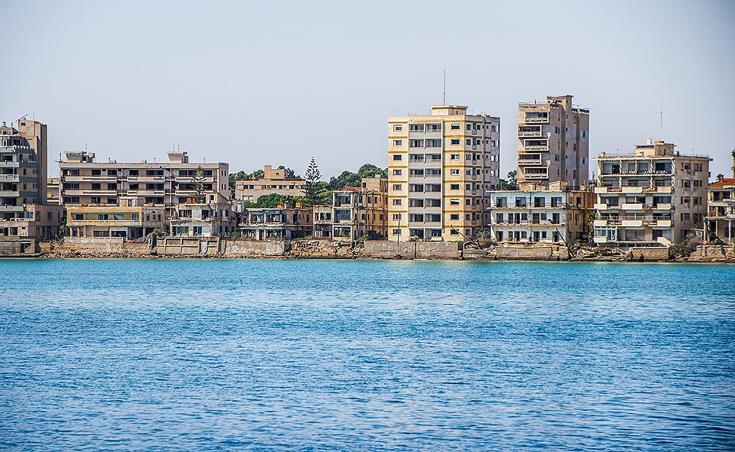