Poursaitidis adored Kostis: "With his value" 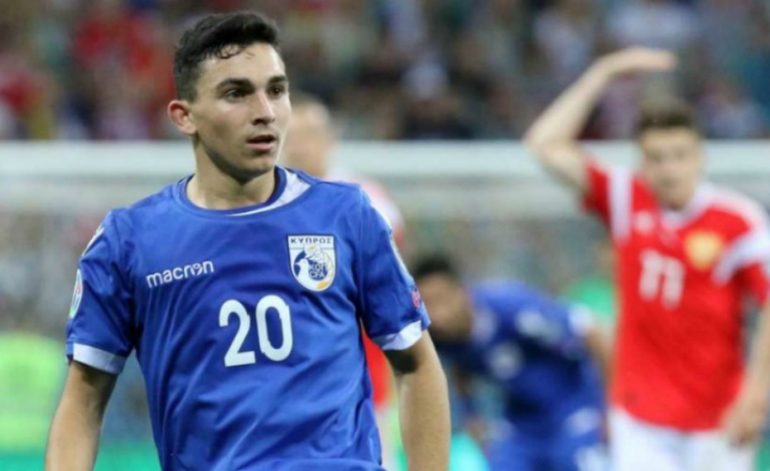 His coach in Nea Salamina, Savvas Poursaitidis, spoke with the best words (Sports Fm Hellas) about Giannis Kostis, who has closed at Olympiakos. The Greek coach analyzed the playing characteristics of the 19-year-old midfielder, his evolution from the second to the first team and his transfer to the "red and whites".

Detailed what Savvas Poursaitidis said to Sotiris Tabakos and the show "Attack from the backs":

For Giannis Kostis: "We are talking about a 19-year-old child. Not that he is young, but not with so much experience for the publicity that the issue of his transfer has received. I personally was not helped by the grief that had taken place between AEK and Olympiakos. Whatever he has achieved, he has achieved with his value. I did not give it to him, he showed great audacity and he worked. He is an amazing kid. When I took over in 2017, he was in team B, he was favored by the bad material that existed then and I suggested, along with some other players, that he be promoted to the first team and we watched him every day. He gained strength, muscle mass and is rightfully in the first team and is doing very well ".

For the course of Giannis Kostis: "He was lucky that at that time the team did not have good material and I was forced to fire players. My assistant, Christodoulos Christodoulou, was the one who knew the young people. Whoever can move on, the football field is tough. Kostis deserved it. "Last year he showed quite good results and this year he is considered a first-class and key member of the team".

For the position he is playing: "He can play in the center field, box to box, 8, which he can defend well, but also in scoring and holding the ball. He can definitely play behind the forwards, depending on the tactics of each coach ".

For the elements of his character: "He is a kind child and low-key. Manages publicity just fine. He is a child who tells them five and understands six, football. He is a child with a nerve, with audacity, whether he plays with Barcelona or with a smaller team. It is not easily stressed. He likes what he is doing and I think he has a great future. "

On whether he has talked to him: "I have talked to him, it is a situation that I had gone through too, I told him some things to help him, I told him not to owe anyone any favors. He has arrived here rightly. "

For the goal of Salamina: "Last year he made an overrun, a course that is considered the best in recent years. "We lost players with personality and it is not easy to get back in the top five."

For his personal goals: "You have no boundaries when you do this job. I am lucky, I worked in a good team, last year I was named coach of the year and it gave me the strength to continue. My goal is to stay at a high level and coach a team that will aim for the championship ".