World Cup 2022: "Cleaned" Giroud and Bape, France in the quarter-finals

France advanced to the "8" of the World Cup, beating Poland 3-1 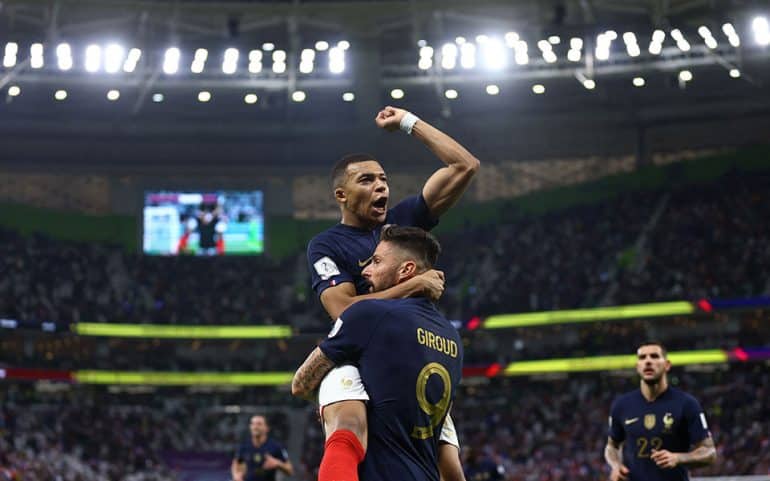 France confirmed the predictions and defeated Poland 3-1 today, easily qualifying for the quarter-finals of the World Cup in Qatar, where they will play England or Senegal.

The world champions relied on her big attacking assets to bend the resistance of Robert Lewandowski's side.

Player – "key" for the tricolors was their superstar, Kylian Mbappe, who tore apart the Polish defense: he provided the assist for the first goal of Olivier Giroud (44'), who became his country's all-time top scorer with 52 goals, and scored the second and third (74th and 91st minutes) with two impressive shots.

The famous ace thus became the first footballer to reach 8 goals in a World Cup, before turning 24 years old! Poland were reduced by a Lewandowski penalty in stoppage time.

France, as expected, took control of the match from the first minutes and put pressure on the opposing defense. In the 29th minute, he missed the first big chance. Then Griezmann passed to Dembele, he didn't finish the phase from inside the area, he broke to Giroud who failed to send the ball into the net.

In the 38th minute, Poland missed their biggest chance of the match when, after Berezinski turned, Joris kicked it away, Zielinski took the rebound and shot, but the French goalkeeper saved, with Varane pushing away another shot at the last minute. Kaminsky.

The superiority of France bore fruit in the 44th minute. Assisted by Bape, Giroud made it 1-0 with a cross and became the top scorer in the history of the national team, surpassing Thierry Henry.

The "tricolors" continued to press and in the 74th minute, Bappé showed his class with a great shot from the area, increasing the score to 2-0, but the famous ace did not stop there, as with another amazing shot in the 91' "wrote" the final 3-0.

Poland, for their part, reduced it with a penalty from Lewandowski, with a double try, as a replay was awarded, in the third minute of stoppage time to make the final 3-1.

The referee of the match, Jesus Valenzuela from Venezuela, showed the yellow card to Tswameni - Berezinski.