The revelations of the new Real jersey! (see)

Revelations on her new jersey were made by Real 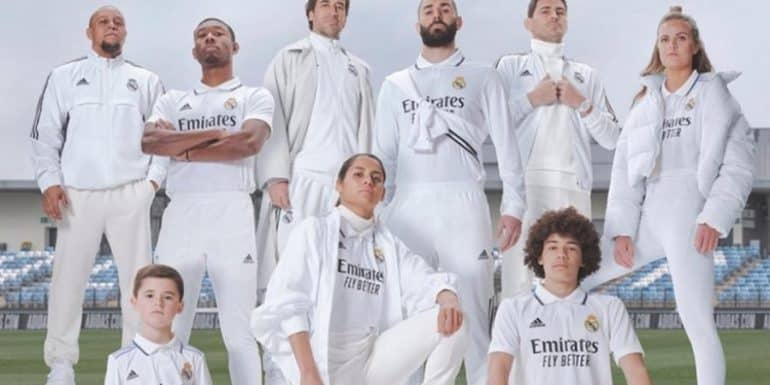 Revelations on her new jersey were made by Real. The photos that were published star not only Karim Benzema and David Alaba who helped to win the championship and the path to the Champions League final, but also legends of the club. Raul, Iker Casillas and Roberto Carlos are also involved in the "campaign".

As for the new jersey, it certainly does not deviate from the traditional white, but it has some touches that modernize it, such as the collar and the "shoulders" that have some purple lines, but also an emblem for the 120 years of the club's history.

The new looks, signed by Adidas, are already available through the online store and the "queen" boutiques.