Driving in frost or snowfall and preparing the car before moving

What to do and how to be careful while driving 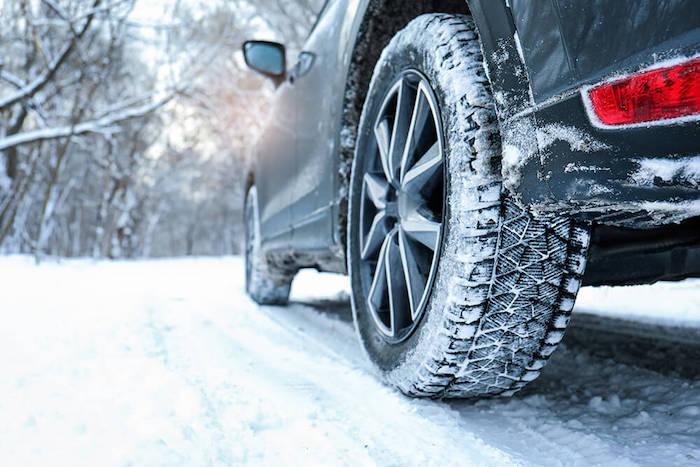 Driving in the winter months requires great care, even from experienced drivers, as it can prove dangerous in frost conditions. Especially in the next few hours after a heavy snowfall. The most important thing for the driver, if he has to go out on the snowy or icy roads, is to stay focused on the steering wheel and drive calmly.

In days that prevail extreme weather conditions the driver must be informed of the weather before each movement. This way he will be better prepared and will have less stress.

Before starting, the car should be free of snow and ice. A car ice scraper will speed up the removal of snow and ice from the windshield. Car antifreeze, especially for windshields, also helps a lot. On very cold days, even the car lock can freeze. We do not put force on the key to open the door, because the key may break. A little alcohol or alcohol antiseptic on the lock will help the situation, melting the ice or snow. Coating the plastic around the door with silicone from the previous frost or snowstorm will help to easily open the car door.

Always tires of the car play the most important role while driving. The deep sole and their good condition help the car to better adhere to the road, while in areas where there is frequent snowfall, snow tires are necessary. During the winter months we should not leave our house without having chains, with the driver having to install them quickly and safely. In extreme weather conditions, even four-wheel drive vehicles will need chains.

When it is frosty or when it has snowed in the previous days, the dark spots on the road are signs of slippery surfaces. That means it needs a lot great attention and of course a lot low speed. Special care is needed at night when there is no good lighting and low temperatures prevail.

Both during the snowfall and during the frost that usually follows the next hours of snowfall, the speed of the car should be very low. There may be ice under the snow, which increases the chances of losing traction. Always during driving there should be a fairly large distance from the vehicles in front, while on the downhills this distance should be even greater.

All actions of the driver should be done in slow motion. When driving in snow or frost the driver should be calm and should know that the braking distance is three or four times what the car would do under normal driving conditions. To avoid slipping and losing control of the car, abrupt driving and abrupt braking should be avoided. The steep slopes of the road contribute to the loss of control.

We never start with spin. Press the accelerator lightly. It is like having an egg between the throttle and the sole of our shoe and we try not to break it. Starting in these cases must be done with a second gear in the gearbox. Spinning minimizes tire grip. If the car slips in a turn, we have to turn the steering wheel in the sliding direction. When you want to change lanes and there is snow in between, it is better to press the clutch and let the car move to the other lane with the momentum it has without pressing the accelerator.

If you want to travel or travel in bad weather you should have warm clothes, a flashlight, a shovel, dry food and drinking water, while your mobile phone should have high battery rates. The shoes should be warm and with a non-slip sole, as in case you leave the car, you should be able to move easily.

It is a good idea to tune in to an informative radio station that will report on the traffic conditions in the area. If you get stuck in the snow and have to leave your car, try to move it as far away from the road as possible so as not to obstruct drivers on the road.

Finally, there should always be enough fuel in the tank. In case of entrapment they will give the necessary energy to run the engine, in order to keep warm drivers and passengers in the cabin.