SOTIRA: This is the program and artists for the 44th Kolokassi Festival

Cyprus' longest running festival returns to Sotira Famagusta - Dates, schedule and all the information you need to know 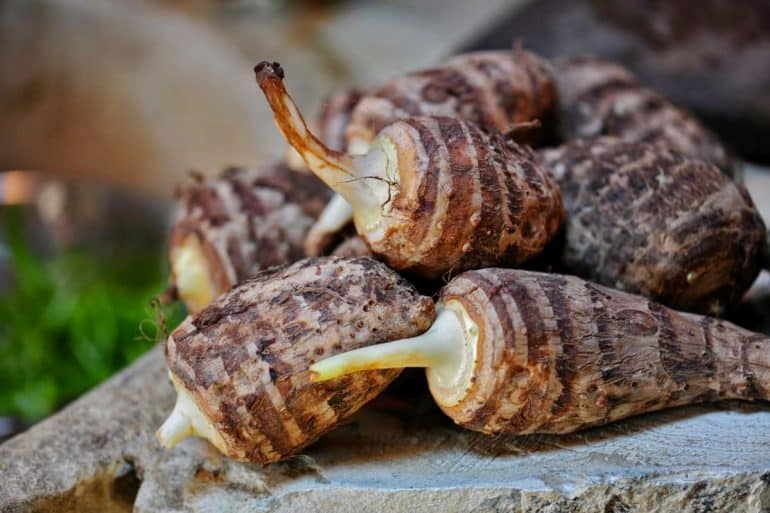 After a three-year absence, the long-awaited 44th All-Cypriot Kolokassiou® Festival of the Sotiras Municipality returns renewed.

The Festival which will take place on Friday, September 9, 2022 at 8:00 p.m. at the Sotiras Municipal Stadium, is more than half a century old and is expected to attract thousands of visitors again this year.

The audience, among others, will have the opportunity to enjoy a rich artistic program which will be performed by some of the most important names of modern Greek folk song, the Makis DimakisThe Royal Nanny and Droulias Brothers.

The Festival has become an institution not only for the events of Sotiras and Famagusta District, but also for all of Cyprus, highlighting one of the most traditional products of the place, the kolocasi, which as you know has been certified by the European Commission as a P. OP under the name Kolokasi Sotira / Kolokasi-Poulles Sotira.

The Municipality of Sotiras, as the largest producer of this traditional product with its extremely beneficial properties, in collaboration with local producers, has in recent years undertaken various campaigns to promote the courgette, as part of which the upgrade of the Festival of the same name is included.

It is one of the longest and most successful festivals organized on our island, while this year the public will have the opportunity to taste both the traditional and alternative recipes based on kolocasi, which they created especially for the Festival, with a free tasting. professional chefs and bartenders.

The entrance is the symbolic amount of €5 for people over 12 years old and includes a free tasting of courgette.

Tickets are only available at the Festival entrance.

The Festival is under the auspices of the Minister of Health, Mr. Michalis Chatzipantelas, and the Deputy Minister of Tourism, Mr. Savvas Perdio. 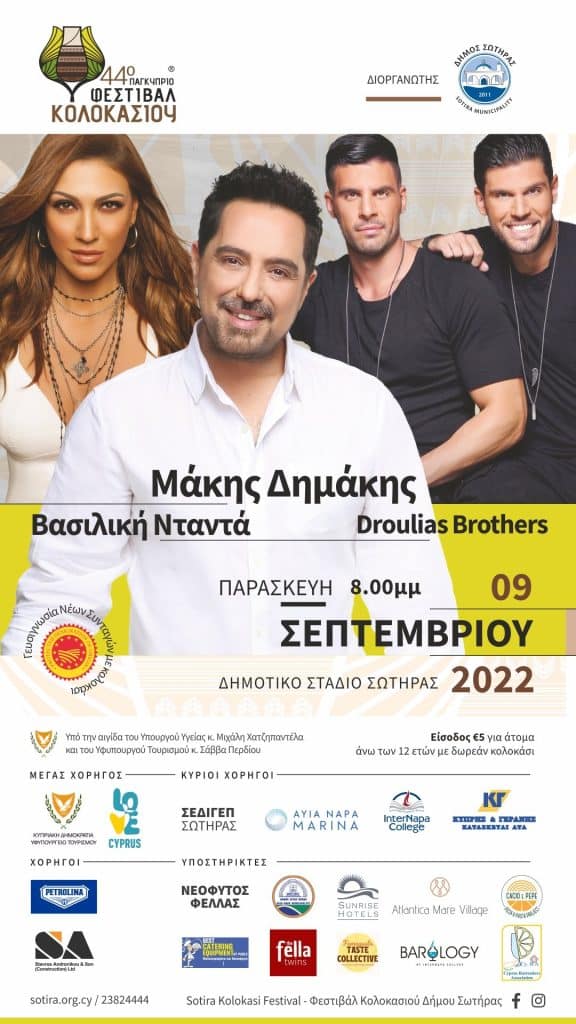