Ketamine "starred" in a Netflix movie

This is a thriller that describes the story of two girlfriends. 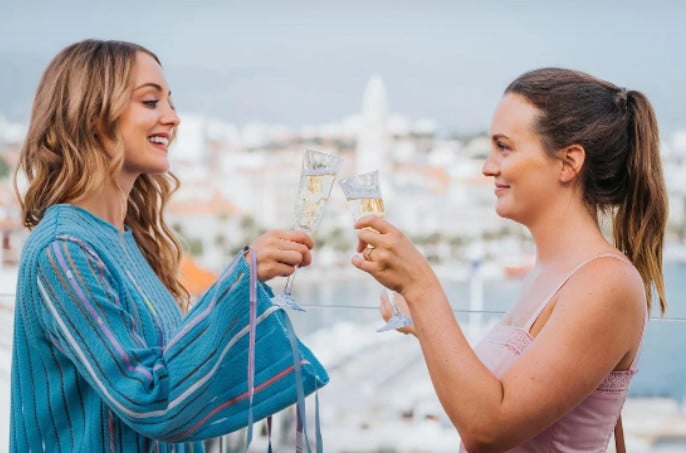 A Netflix movie, until a few days ago, was number one on viewers' preferences.

The Weeknd Away movie, which airs on Netflix, is a thriller whose plot revolves around a murder with ketamine, which is in the news due to the case of the death of 9-year-old Georgina.

The film is about Beth and Kate, two friends who decide to go on a mini vacation abroad. Beth is married and a mother. Kate is free and full of appetite for drinks, spree and the like. Although Beth realizes the phase difference between them and for this reason she thinks about whether she should accept her friend's proposal for this escape, in the end, she follows it.

The film is based on a book

But no matter how good the mood is, the difference in mood of the two friends is not easily overcome and so, after a night out, they fight intensely. The next day, Beth wakes up and realizes that her friend is missing. Not only that, but the room looks like a crime scene. Soon, she ends up being accused of killing her boyfriend.

The facts do not help Beth much. The fight that preceded last night makes the two women not look so loved. The dizziness of the many drinks she had consumed does not allow her to tell a coherent and convincing story about what happened the night before Kate's disappearance. Eventually, she will even challenge her own version. In all this confusion she has to find the evidence that will acquit her. Because if she does not do it herself, no one will do it for her.

The film is based on the book of the same name by Sarah Alderson and stars Leighton Meester, Christina Wolf and Ziad Bakri.