Dimitris Psathas: 42 years since his death - The "golden" pen forever on our screens

A tribute, to the man who bequeathed plenty of material, to give laughter through our screens 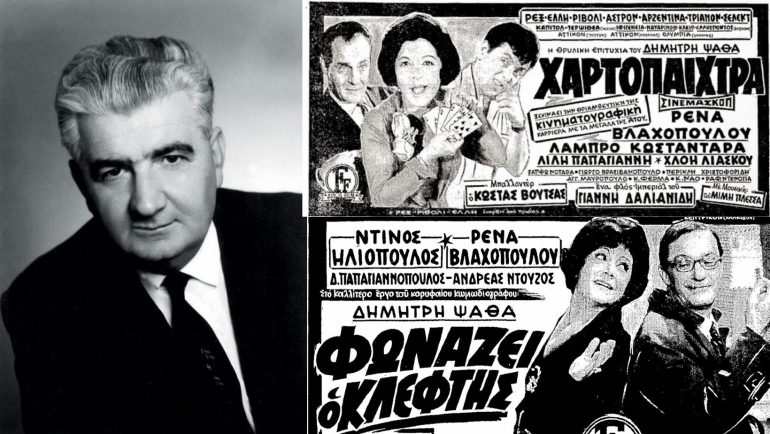 It was 13 November 1979 when Dimitris Psathas went through "Eleftherotypia" and left his vignette and then after going to a notary for his case, he told his friend who accompanied him that he did not feel very well. Everything happened very quickly, I did not manage to offer him any help and so, without any warning, Dimitris Psathas fell dead. However his work will always keep him alive among us as his work is still being played and republished.

The world of theater and journalism is poorer now, they said goodbye to one of their most intelligent and caustic pens. Dimitris Psathas.

The most prolific journalist and playwright Dimitris Psathas, originally from Tenedos, was born in October 1907 in Trabzon, Pontus. After the Asia Minor catastrophe he settled in Athens, where he completed his circular studies.

According to the legend, the 18-year-old Dimitris Psathas started his career in "Eleftheron Vima" in 1925. Initially he was the "child for all jobs" with his main obligation to come and go for work at the Arsakeio Courthouse. Arsakeio was just a few meters from the newspaper offices but Psathas was late to return and everyone was wondering. His career as a court clerk began when someone asked him why he was late. He then explained that he was forgotten in the courts. He found it extremely interesting to watch trials. "I mean, what is it that magnetizes you?" they asked him. And Dimitris Psathas began to tell them everything that had happened in the room. "Well, then, write what you watch"! 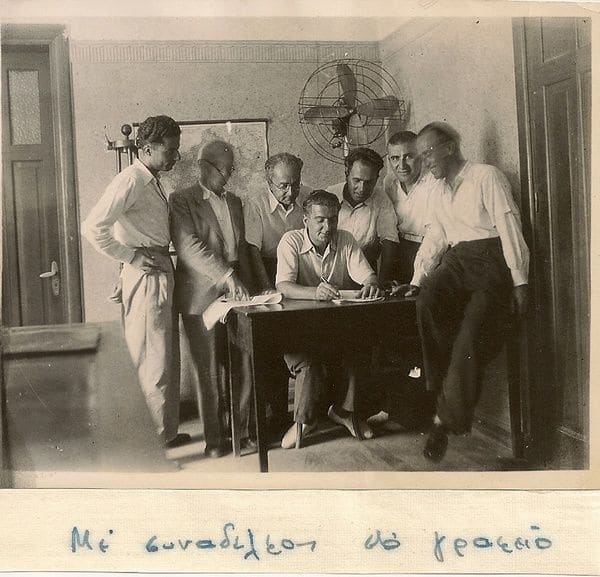 Since then he has worked as a journalist in various Athenian newspapers and magazines (Elefthero Vima, Athinaika Nea, Eleftherotypia, Tachydromos), and has been described as one of the leading vignettes.

Ten years later, he continued his career in the field, moving to the then "Athenian News" of the Lambraki band with snapshots from the courts and under the pseudonym "The Martyr". In 1937 he took over the vignette in the same newspaper, which after the war was now called "Ta Nea", where he remained for about 40 years. With his "Cheerful and Serious", published on the front page, Psathas soaked the vignette with plenty of politics.

He first appeared in letters in 1937, with the publication of his collection of humor "Themis is in a good mood." Psathas, shook the seriousness of the swampy waters, of the repulsive puritanical court report with a book of his. "Themis is in a good mood", he demystified and satirized the language of the people, the crooked and the absurd, to which the door of the courts opens. Some cause "fun" .. .and other "nerves" in Themida's ministers, hence his next book, "Themis has nerves".

When it was written the "Stravoxylo", in 1940, the course of Dimitris Psathas changed. His work was transferred to the theater and then to the cinema. The beginning was made. The second success came through her "Madame Sussou", one of his best and most famous creations. 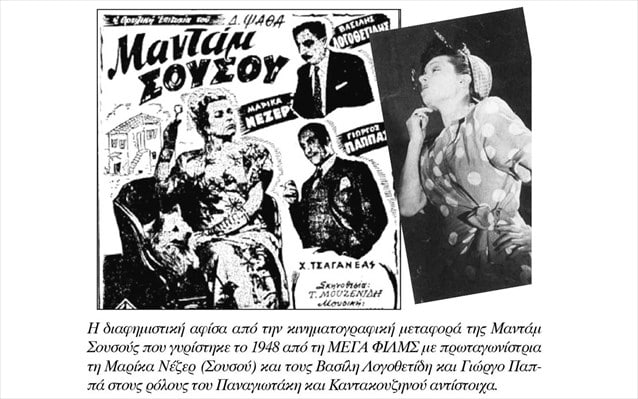 In the 60's, a time of turmoil and difficulty, the vignette of Psathas it was destructive political weapon.

He also wrote one 500-page historical timeline, shocking document from life, the persecutions and the resistance of the Hellenism of his particular homeland, with the title Land of Pontus (1966).

"While we were all writing in the well-known journalistic blocks at the time, he was asking the coffee maker for a knife to cut the papers in half. And so he wrote on half the paper with a gold Parker pen - never with a pen or a simple Bick. As he wrote he did not raise his head at all» remembers Lefteris Papadopoulos.

In the golden age of cinema, Dimitris Psathas was one of his pillars. He was neither an actor nor a director. He had no role in front of the cameras, but behind them. His "weapon" is the pen.

That "golden" pen with which they signed the most famous comedies of Greek cinema. Works that were transferred from the theater to the big screen, offered and offer generous laughter to the audience.

They were a cut and scan of specific human characters, morals and behaviors.

Theatrical - psychoanalytic tool - manual of sociological approach to specific human behaviors. Each "intense" case has been transferred to a work by Psathas with humor.

The "grumpy" man, the classic Greek…curmudgeon

Ο "Naive" and idiot "human", who becomes the object of cold exploitation in his life.

The man who his only interest and purpose is his "Eftoulis" and everything that revolves around him.

The man who he does not saturate the bulimia of his life with anything and is not satisfied with anything in front of his vanity.

The people who change ideologies and values ​​of life depending on the interest of their pocket and its convenience.

Ο man, who survives everywhere with his cunning

These human characters and patterns of behavior and morals did not leave indifferent both the theater and the cinema. Greek directors and producers bow respectfully in front of the work of Dimitris Psathas and make sure that all this humor and x-rays of people pass into the armchair of every household.

Leading playwright and journalist Dimitris Psathas has died at the age of 72.