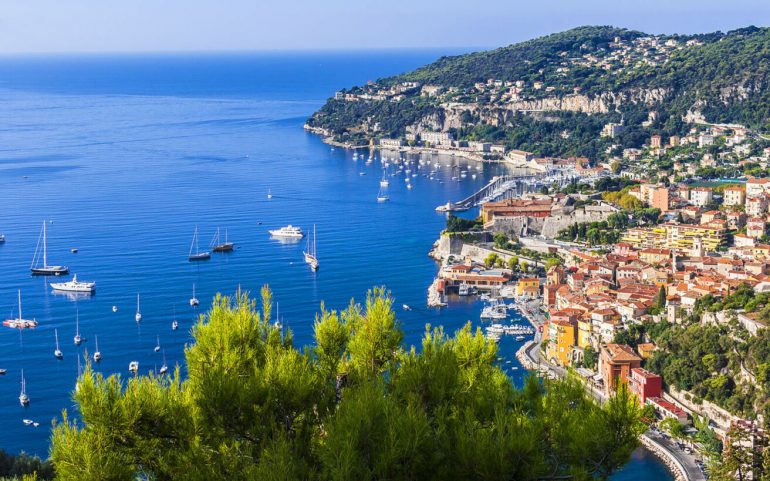 Countless words of Greek origin are used daily around the world, with most users not realizing their Greekness. Among them and essentially, derived from specific names or geographical locations that are given as names of various cities.

Globally, then, from America and Africa, until Europe and Asia, there are examples of cities with Greek names or names of Greek origin, or due to historical links with the Greece -as in the case of the cities that were founded as Greek colonies in antiquity- or as a result of a deliberate choice by philhellenes who wished to pay tribute to the spirit of Hellenism.

The biggest, most characteristic and most famous example of all the cities around the world that owe their name to a Greek. Founded in 331 BC. by Alexander the Great, to whom she owes her name, the Alexandria In ancient times it was the most important port and capital of Egypt - today it is the second largest city and the main port of the country after Cairo - while during its heyday it was one of the most important cultural centers of the world and the largest economic center of all North Africa.

During his conquests, Alexander the Great founded more than 20 cities, named after him, most of which, however, no longer exist or have been renamed as Kandahar in Afghanistan.

The name of the city in both Arabic (al-skIskandariyya) and Egyptian Arabic (Eskendereyya) has the same meaning, as "iskandar" in Arabic means Alexander. For history we mention that the name Alexander, known to the legendary king, means "defender of men", whose etymology comes from the verb alexo, which means repel, repel, protect and the general fall of the essential man (man = enemy).

The city of Kherson in southern Ukraine was founded in 1778 by Gregory Potemkin on the orders of Catherine the Great of Russia. The name of the city is essentially a combination of the word Hersonissos, an ancient Greek colony founded about 2500 years ago in the southwestern part of Crimea. According to the Greek Plan (a proposal for the solution of the Eastern Question which was developed by Catherine the Great of Russia in 1780), in fact, several newly established cities in New Russia had taken Greek names.

One of the oldest urban areas in Italy, the Naples in southern Italy, the country's third largest city after Rome and Milan, was inhabited continuously when Greeks first settled there. In the 2nd millennium BC. Greek settlements were founded in its place, with a larger continental colony - originally known as Parthenope - developing around the ninth century BC. This colony, in fact, was named Paleopolis when during the 5th c. e.g. Today, Naples (Neapolis = Nea Polis) was founded in a nearby area, which developed into one of the most important cities of Greater Greece.

Odessa, in its southern part Ukrainian and one of the most important ports in the Black Sea, owes its Greek name also to the Greek Plan of Catherine the Great, while it is directly related to the history of Hellenism, as the Friendly Society was established there. It takes its name from the ancient city of Odessa, which is mistakenly believed to be here. Odessa, Ukraine is located near the ancient city of Tyra, a different location from that of ancient Odessa, further west along the coast, present-day Varna, Bulgaria.

The name of the capital of Bulgaria comes from its church Saint Sofia's, with Greek origin from the word wisdom. It is the last name given to the city, with the oldest works referred to by this name being a copy of the Gospel of Sardinia, the Vitosa Charter of the 14th century Bulgarian Tsar Ivan Sisman, a dialogue between two merchants from Dubrovnik around 1359, as well as the notes of a merchant, also from Dubrovnik in 1376.

In the same evidence the area and its inhabitants are also called Sredetski. Although the city became known to the Ottomans as Sofia, even in the 20th century among the local Bulgarians Sredets remained in use. For a long time, Sofia had a Thracian name from the Sardis tribe (today it is usually considered a Thracian tribe). Other names of Sofia were Serdon polis and Triaditza, which referred to Byzantine Greek sources and coins, while the Slavic name Stredets first appeared in an 11th century text.

The name of the city of Asia Minor, which was a major urban and cultural center of the Greeks Pontion until 1922, is a paraphrase of the ancient Greek name Trapezos, which comes from the word bank, meaning table, and refers to the shape of the central hill between the streams Zağnos and Kuzgun on which it was founded, which looked like a table. The ancient city was a Greek colony founded in classical antiquity in 756 BC. by Milesian merchants of Sinope. It is one of the ten trading colonies of the Milesians along the shores of the Black Sea.

The capital and largest city of Libya, has a Greek name meaning "three cities". It was founded in the 7th century BC. from the Phoenicians, while as soon as it passed into the hands of the Greek rulers of Cyrenaica it became known as Oia. Until the second half of the 2nd century BC. belonged to the Romans, who gave it the name Regio Syrtica. The name Regio Tripolitana, meaning "area of ​​three cities" became known around the beginning of the 3rd century AD. The ancient city of Oia (today Tripoli), Sampratha to the west and the Roman Leptis Magna to the east, which was also the former port of the Phoenicians, made up Tripolitida.

Η Nice, in southern France, was probably founded by the Greeks of Marseilles in 350 BC, who came from Phocaea in Anatolia and gave it its name in honor of a victory over neighboring Liguria (people of Italy in the northwestern part of the country) . The name of the city comes from the Greek word victory, as well as from the name of the goddess who personified victory. Nice soon became one of the busiest trading ports on the Ligurian coast, and was finally ceded to France in 1860, when the Treaty of Turin was signed between the King of Sardinia and Napoleon III.

The city of Lysander in Onondaga County, in the northeastern state of New York in the USA, was named after the Spartan general, who played an important role in the victory of the Peloponnesian Alliance in the Peloponnesian War and the domination of Sparta in Greece for the next decade. The name Lysander, then, is a compound word that comes from the words lysis, meaning liberation, and the general word for man, man.

Jack Swilling, a Civil War veteran, formed a small farming community in Arizona in 1867. For its name Lord Darrell Duppa, one of the original inhabitants of the community, suggested the name Phoenix, as it described a city reborn from the ruins of an older civilization, such as the mythical Phoenix bird, believed to be reborn from its ashes from its own fire. The word comes from the Greek phoenix, which probably comes from the word phoenix, purple-deep red. In fact, one of the first descriptions of the palm tree refers to the stories of Herodotus, as a bird worshiped by the Egyptians.

Messina, its third largest city Of Sicily, was founded by Greek settlers in the 8th century BC. The city was originally called Zankel from the Greek word zaglon, meaning scythe, which was given to the city due to the shape of its natural harbor. At the beginning of the 5th century BC, however, Anaxilas of Rigio renamed the city Messina, in honor of the Greek city of Messina. The name of the Italian city came from the Mycenaean Greek me-za-na.

At first glance, it does not remind much of something Greek. However, the city of Eureka in northern California is inspired by the characteristic expression "eureka" of the ancient Greek mathematician and inventor Archimedes, one of the greatest mathematical geniuses of all time. With exactly the same semantics, it is something of a "slogan" for California and its people, referring to the important moment of gold discovery in the state.

More than 12 cities, towns and communities in the US (Louisiana, Nebraska, New York, etc.) owe their name to Homer, the legendary poet-author of the Iliad and the Odyssey, the two epic poems that are characteristic works of ancient, Greek literature and continue to this day if they have a permanent influence on all Western literature. Although its name is of unknown etymological origin, many theories have been created around it, such as the one with the word hostage.