She walks 24 kilometers a day to take her disabled grandson to school! (pics & vid) 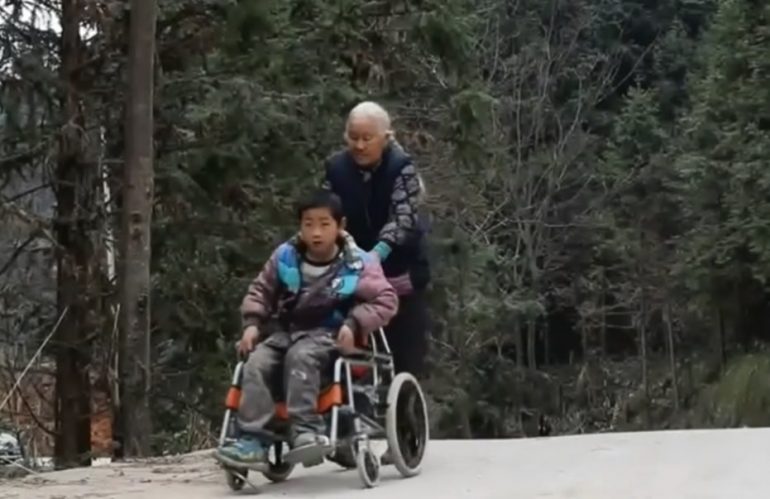 The 76-year-old woman does not hesitate to walk 24 kilometers every day so that her grandson, who is confined to a wheelchair, does not miss school.

This woman from China has great soul power! The grandson from an early age has a problem that did not allow him to speak, while he has not yet been able to walk.

The 9-year-old who saw his parents divorce, his mother starting a new life away from him and his father moving to another city to find work, is growing up with his grandmother.

The 76-year-old woman watches the child like her eyes and never tires of walking 24 kilometers to go to school the little one: "As long as I have the strength, I will watch him and go to school." 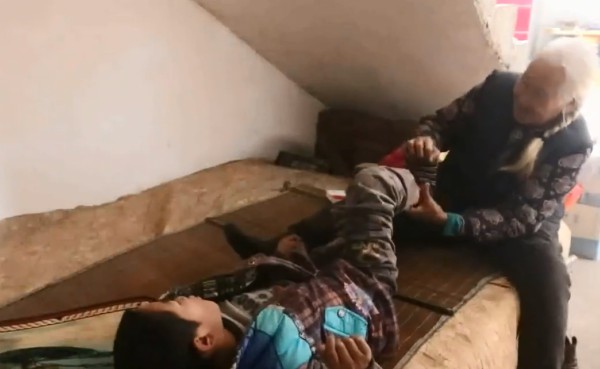 His father tried to take him to several doctors and hospitals, as he could not even speak before. His grandmother hopes they can find a school that can take full care of him.