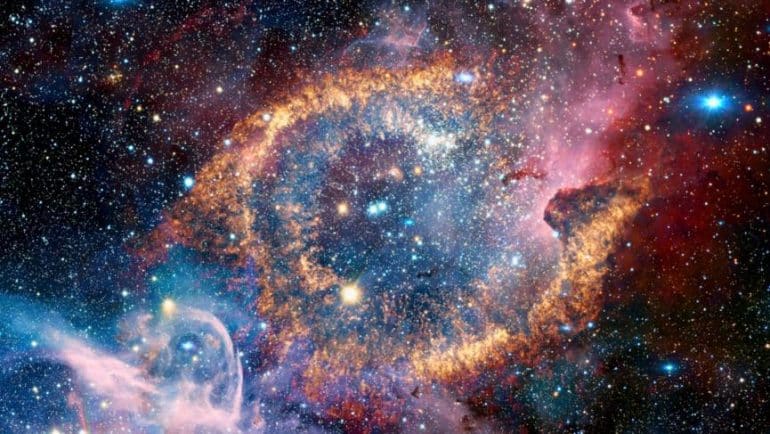 We are really very close to answering the question of whether we are alone in the Universe, Dr. Dimitris Stamatellos, Associate Professor of Astrophysics at the University of Central Lancashire, United Kingdom, emphasized in an interview with KYPE, adding that Cyprus should become a full member of the European Organization (ESA) in this exciting era of space exploration.

In his statements to the Cyprus News Agency on the occasion of the observations of NASA's space telescope, James Webb Space Telescope (JWSP), Mr. Stamatellos emphasized that in the last three decades the question of whether we are alone in the Universe ceased to be purely philosophical and that since the discovery of the first exoplanet in 1995, more than 5.000 exoplanets have been identified.

He noted that Cyprus, as a country with an extremely high educational level, should join as a full member of the European Space Agency to be at the forefront of space exploration and scientific discovery.

He talked about the JWSP telescope and its importance, as well as future space telescope missions that will aim to gather information such as the existence of water and gases associated with life.

The JWSP telescope and its importance

Referring to the James Webb Space Telescope, he said that after a six-month wait since its launch, it has given us its first observations, noting that among stunning images of galaxies billions of light-years away and ghostly nebulae, there is the rather "boring" spectrum of the WASP -96, of a star that has an exoplanet, that is, a planet outside our solar system.

He explained that the spectrum of a star essentially shows us the intensity of the star's radiation in different colors, and it depends on the chemical composition of the star. In the case of WASP-96, he said, the star's radiation collected by the James Webb mirror has passed through its planet's atmosphere, and therefore some of it has been absorbed by the gases there.

"The major breakthrough from this observation is the presence of water vapor in the planet's atmosphere, and of course water is one of the key ingredients needed for life to develop. This particular planet observed is a giant planet, like Jupiter, it is too close to its star, and therefore too hot to host life.”

Dr. Stamatellos pointed out that in order for a planet to develop life, it must have water on its surface, so it cannot be too close to its star, because it will be too hot and the water will evaporate, such as e.g. it happens on Venus, but not too far from the star, because it will be very cold and the water will freeze, like on Mars. He added that this relatively small region around a star in which water can exist constitutes the star's "habitable zone."

He said James Webb will soon begin observing terrestrial planets orbiting red dwarfs, a class of stars 5 to 10 times smaller than the Sun. As these stars are less hot, their habitable zone is closer to their star, and planets are more easily observable.

"We will therefore be able to determine the chemical composition of the atmosphere of these planets, and for the first time in the history of mankind decide whether these planets, outside our solar system, can host life," he added.

He pointed out that in the last three decades the question of whether we are alone in the Universe has ceased to be purely philosophical and that since the discovery of the first exoplanet in 1995, more than 5,000 exoplanets have been identified.

"The recent observation with the James Webb telescope marks the transition from the era of exoplanet discovery to the era of their characterization, since we will now be able to determine the components of their atmospheres, and James Webb is one of several telescopes with this goal."

Noting that NASA's TESS and European Space Agency's (ESA) CHEOPS telescopes are already in operation and discovering dozens of planets, Mr. Stamatellos noted that the next planned telescope is Twinkle (2024), the first independent space telescope, whose UCLAN is a founding member, which will determine the chemical composition of exoplanets by observing the stellar radiation that passes through their atmospheres.

Additionally, more space telescopes are planned for later in the decade: ESA's PLATO telescope (2026), expected to discover terrestrial planets around Sun-like stars, NASA's Roman telescope (2026), which will discover planets in large distances from their star, and finally ESA's Ariel telescope (2028) which is a mission focused on studying the chemical composition of exoplanets located in their star's habitable zone.

All of these missions, he continued, will lead us to a telescope, still under planning, that will be able to directly observe exoplanets within the habitable zone, collecting their complete spectrum and specifically looking for water, oxygen, nitrogen and methane gases. related to life.

"We are really very close to answering the question of whether we are alone in the Universe," emphasized Mr. Stamatellos at KYPE.

This, he said, is a major achievement of humanity and shows us where we can go if different nations come together and work together, which is extremely promising in the current volatile geopolitical climate.

Cyprus must become a full member of the ESA

After noting that many of these efforts to discover life in the Universe are led by the European Space Agency, of which Cyprus is an Associate Member, he said that this memorandum of cooperation provides some opportunities for Cypriots to participate in various programs of the Agency, but it would be beneficial if Cyprus becomes a full member of the Organization.

“Cyprus is among the countries with an extremely high level of education as more than 40% of the adult population has a university education, and has much to offer the Organization in terms of human talent, innovation, and enthusiasm. It has even more to gain through knowledge transfer and technical innovation that can support the development of a knowledge-based economy."

He expressed the position that now is an ideal time for Cyprus to take the necessary steps to join the European Space Agency and be at the forefront of space exploration and scientific discovery.