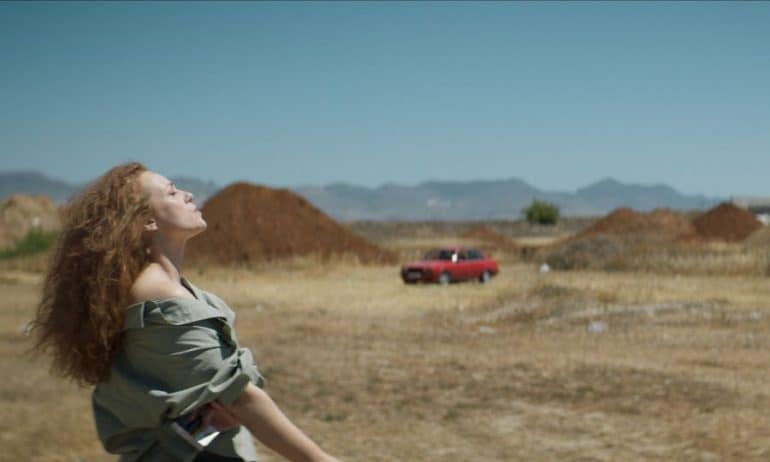 The film "5 pm seaside" (5 pm seaside) by Valentin Stejskal won the Golden Dionysus at the 45th Drama Short Film Festival which closed last night (11/9) in the packed "Antonis Papadopoulos" amphitheater of the Municipal Theater of Drama. Valentin Stejskal is an Austrian director and filmmaker based in Athens, where he moved in 2019. His film stars Kimonas Kouris and Antonis Tsiotsiopoulos, who also won the award for best male performance at the 45th DISFF.

On his 40th birthday, Nikos, a lonely truck driver, arrives at a remote beach to meet Christos, whom he has seen from the army. Through a strange drowning ritual, their repressed feelings come to the surface again... "My film is about two men who can't express what they feel - and I confess that I'm having a hard time too at the moment", said the director with emotion. "But from the beginning I felt that I was in the right place...".

The Tonia Marketakis directorial prize went to the imaginative film "Kiddo" by Michalis Kimonas (which also won the make-up and scenography awards), while the script prize was awarded to the self-referential film "Tokakis or What's My Name" by the actor Thanos Tokakis (who also won the costuming award).

The award for best female performance went to actress Niovi Charalambous for her daring performance in the film "Daphne" by Tonia Misialis, while "Throne of Xerxes" by Evi Kalogiropoulou won the Special Committee Award.

Still from the film "Daphne" by Tonia Misiali, with award-winning actress Niovi Charalambous

Nasos Gatzoulis won the documentary award for "Toxic Magnus", while the Drama Queer award went to Dimitris Zouras for the film "Cactus".

The prize of the newly established National Student Department went to Despina Mavridou's "Tsoulakia". Dimitris Gotsi's "Pendulus" won the audience award, the sound award, as well as the PEKK and ETEKT awards, while the OKLE award went to Amerissa Basta's film "Not Tomorrow". The GSC award of the Union of Greek Cinematographers was won by Fili Olsefski for "Yama" by Andreas Vakaliou.

The Grand Prix, the major distinction of the International Competition Program, was won by the film "Techno, mama" by Saulius Baradiskas (Lithuania), which, as underlined by Vassilis Kekatos, president of the jury, "still makes my heart beat since I saw her". As for the Lithuanian award winner, he said the important thing is "my brothers in Ukraine who are winning the fight for freedom". The director's prize was won by the Finnish Ansii Kasitoni for his inventive film "The Saboteur", while it is worth mentioning that in the International Section the South East European prize was awarded to the Greek Thanasis Troumpoukis' film "Under the Lake", which also won the FIPRESCI prize. but also the development award - Onassis Film Development Grant.

The film "On the edge" by Matteo Saunders (Austria) won the International Student Grand Prix, as well as the "Human Values" award of the Hellenic Parliament, while the Green Drama Award (Short and Green) went to the film "Petrified gardens" by Ali Kabar from Turkey. The ASIFA HELLAS - YIANNIS VASILIADIS Award for Best Animated Film went to the film "A Garbage Man" by Lor Goncalves from Portugal. 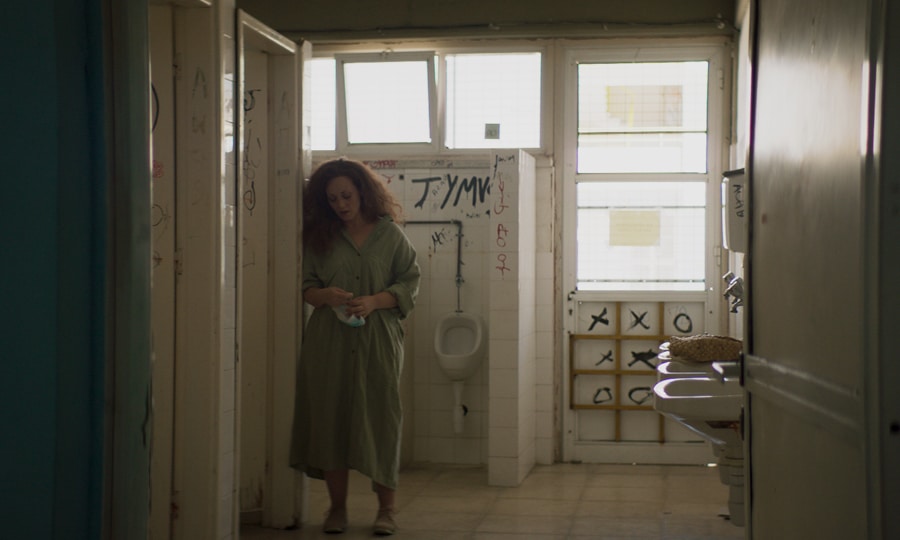 Konstantinos Giannaris, president of the jury of the Greek competition, read the general reasoning of the committee, underlining the successful effort of the creators to deal with current social issues as well as with various genres of cinema. "We felt great satisfaction that the issues related to the personal and social life of women were high on the "agenda", but also with the strong presence of female creators, regardless of the fact that we often had objections to the final result, and we would certainly like even more strong women roles. At the same time, we saw surprisingly mature and sensitive depictions of a toxic and non-masculinity and at the same time a successful and hilarious satire of male narcissism," he said among other things.

The artistic director of the Drama Festival, Yiannis Sakaridis, said that the experience of the 45th DISFF proved that "cinema and festivals are not dead" and after thanking "the big family of the film community that embraced the festival", he brought all the actors on stage.

The mayor of Drama, Christodoulos Mamsakos, expressed his satisfaction with this year's event, one of the most successful, as he said, he congratulated the contributors and mentioned by name all the members of the great Drama Cinema Club that founded the Festival in the 70s.

The deputy governor of Drama, Grigoris Papaemmanouil, underlined that the Festival has entered a new era, while he assured that the Region will continue to support DISFF in the coming three years.

The floor was then taken by the president of EKOME, Panos Kouanis and the general director of the Greek Cypriot Association, Athina Kartalou. The first said that the Drama Festival, which surprised him with its innovations, "is at the heart of EKOME's strategy for the development of audiovisual production in Greece", while the second underlined that "we are brothers who push this magical creation called of short length. I was happy to see that the people who support the institution are doing their best. We will all try to become better for the good of Greek cinema."

Concluding the speeches, the president of the festival Giorgos Demertzis expressed his deep satisfaction after the reactions he received from the world and his fellow citizens for the successful completion of the Festival and he warmly thanked the workers, the volunteers, the judging committees, the Hellenic Red Stavros, the journalists who supported this effort, and all the agencies involved in the successful outcome of this year's Drama Festival. "Thank you, above all, to the directors, screenwriters, actors, producers, and all the filmmakers who participated in the Festival...".

Awarding the Golden Dionysus at the end of the evening, the president of the Hellenic Film Academy George Tsemperopoulos emphasized that "everything starts with the script", while he underlined the need to increase the funding of the Hellenic Film Center - "otherwise there will be consequences for Greek films".

The full list of awards, along with their reasoning, has been posted on the festival's website https://www.dramafilmfestival.gr/disff-45-2022-and-the-winner-is/