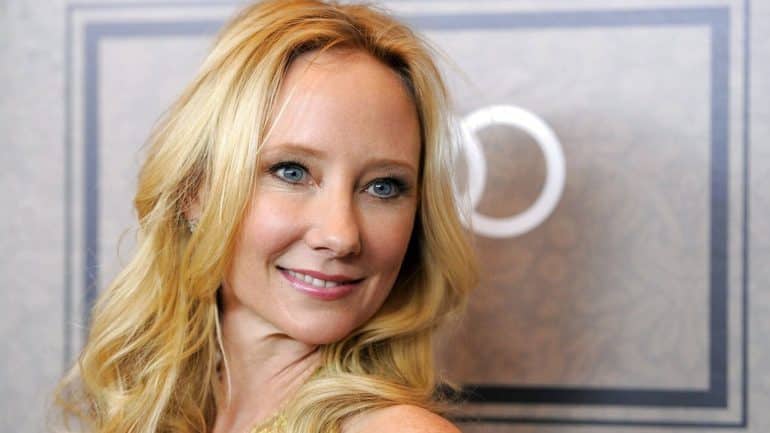 Representatives of the family announced on Friday morning that she was now brain dead and that is why it was decided to euthanize her. disconnect from mechanical support.

53year actress she remained on a ventilator until it was determined whether her organs could be used for transplants, as Ann Heck herself had wished.

According to her relatives, "it has long been her wish" to become one donator of organs.

As the police announced earlier today, the first blood tests show the presence of drugs in her system, but additional tests are needed to rule out any substances she was given in the hospital.

The car accident happened last Thursday and the rescuers who freed her from the wreckage of the car, said that Ann was talking to them during the operation, while she was rushed to the hospital. Initially, her condition was stable, as her representative had reported.

But the actress shortly afterwards lost consciousness, and on August 8, her rep announced that Heck was in "extremely critical condition" and she had fallen into a coma.

"We want to thank everyone for their well wishes and prayers for Ann's recovery as well as the hospital staff who cared for her. Unfortunately, due to the traffic accident, If Heck he suffered a severe brain injury, remains in a coma and we do not expect him to live," said the family's statement Friday morning, which read:

“Ann had a big heart and touched everyone with her generous spirit. She will be remembered for her courageous honesty and missed for her light."

Who was Anne Heck?

Ann Heck, a mother of two, has appeared in films including Donnie Brasco, Six Days Seven Nights, I Know What You Did Last Summer and the 1998 remake of Psycho. She has also appeared in TV series as well as Dancing with the Stars (in the US called Strictly Come Dancing).

He was a former partner of the well-known presenter Ellen DeGeneres, with whom he maintained a bond in the late 1990s, while in 1998 he had also appeared in an episode of the series Ellen.