George Kapoutzidis: Who asked for his removal from Eurovision 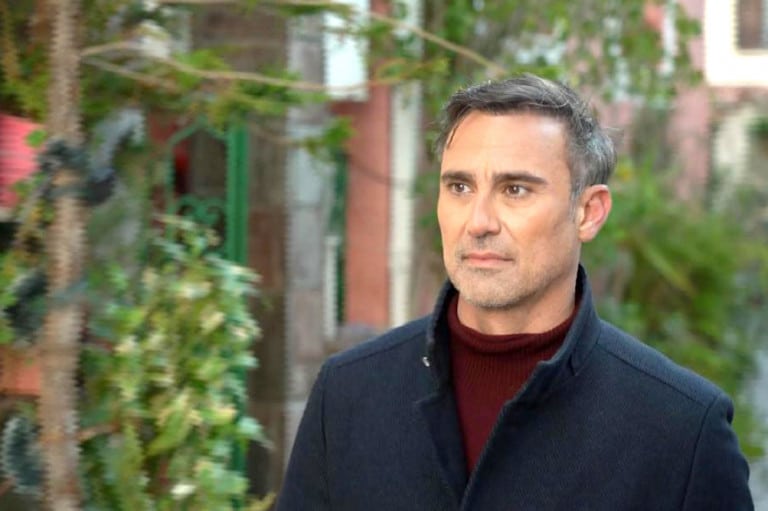 This year's Eurovision may have had a predictable victory, that of Ukraine, but we will discuss it for a long time, for the. Tricks that followed.

And most of them may have stood by Giorgos Kapoutzidis, regarding what he responded to the homophone comment he received, but there were many critics.

The former president of OGAE asked Kapoutzidis to retire

One of those who publicly expressed their dissatisfaction was the former president of OGAE, Antonis Karatzikos. In fact, Mr. Karatzikos not only said that he did not like the presentation of George Kapoutzidis, but also asked him to publicly retire.

Immediately after the end of the broadcast of the Second Semifinal, he was one of the first to express their dissatisfaction with the presentation of the night, mainly by George Kapoutzidis.

"I will say it as dignifiedly as I can. The presentation of today's semifinal was unacceptable. I think George Kapoutzidis should finally retire. It is not possible to change the channel to avoid comment. He also lures Kozakou into his own atmosphere which is wrong, wrong, wrong. "ERT must do something," he wrote on his Facebook page. 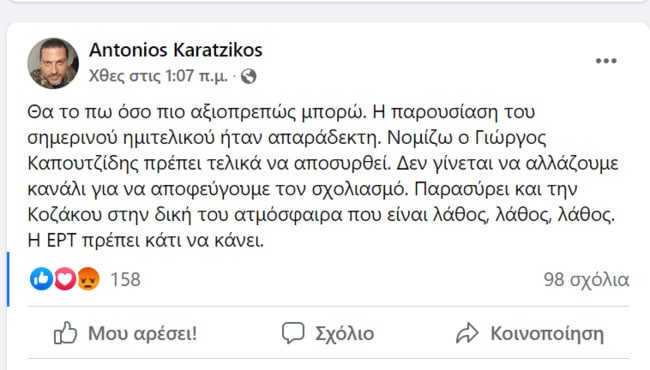 While he also commented on his publication on the air of the show "What do you say now".

"It's Sweden that exploded inside me. I thought that this was a dangerous blow to George, because when you comment on the participation of a country, what you say is learned and it happens every year. The irony of Swedish participation may have become known, and certainly the Swedes and consequently the Swedish commentators. "This can have an impact on our address for Greek participation," said Antonis Karatzikos Karatzikos.