Dave Chappelle came in handy with a viewer watching his show

A man ran over him, threw him to the ground and tried to injure him. 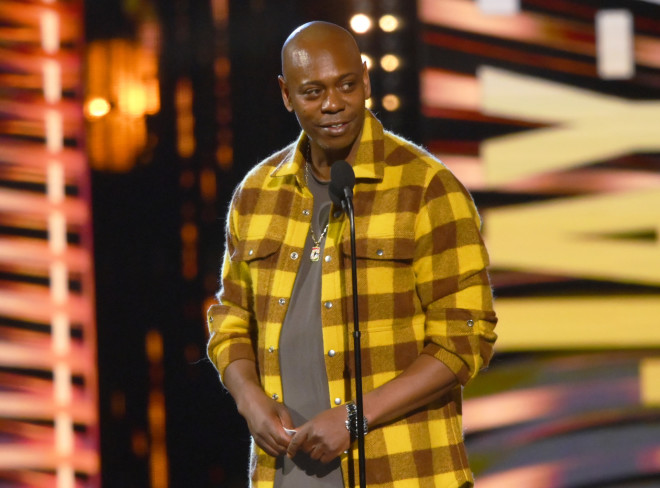 The famous black comedian Dave Chappelle received a physical handcuff from an angry spectator who was watching his show. The 47-year-old comedian was attacked when a man ran up to the stage, ran over him and tripped him, causing the two men to fall to the ground together.

The incident took place as part of the comedy festival "Netflix is ​​a Joke" taking place in Los Angeles. According to the tweet of the musician E5quire who was at the event and saw with his own eyes the incident, everything happened towards the end of Chappelle's show when the comedian made his usual, last comment and called the comedians on stage to applaud from the audience. .

"Suddenly, an irrelevant guy sitting in front of me got on stage and ran towards him. "He tripped Dave, they fell, they fell into his arms and then everyone on stage ran to help, including the comedian's safety," said the musician.

Chappelle reportedly continued the program normally declaring that he was fine and thanking his colleague, Jamie Foxx, on stage for running to help him. However, videos that were released later show the man who attacked him walking away in a stretcher and getting into an ambulance, after he was physically assaulted by at least 10 people.

According to other tweets that went viral, the man who attacked Chapelle eventually received much more physical violence / Dave Chappelle is a well-known black comedian who for decades has become the symbol of defending the black community. But when in 2019, he collaborated with Netflix, presenting the show "Sticks & Stones", he began to receive strong criticism for his transphobic comments.

Most recently, the comedian had sparked waves of anger from the trans community and had demonstrated in front of Netflix headquarters in Los Angeles for his offensive jokes. According to Netflix CEO Ted Sarandos, the pluralism of satire within the platform must be accepted.