The Speaker of Parliament's Ambassador to the WOMANIFESTO project 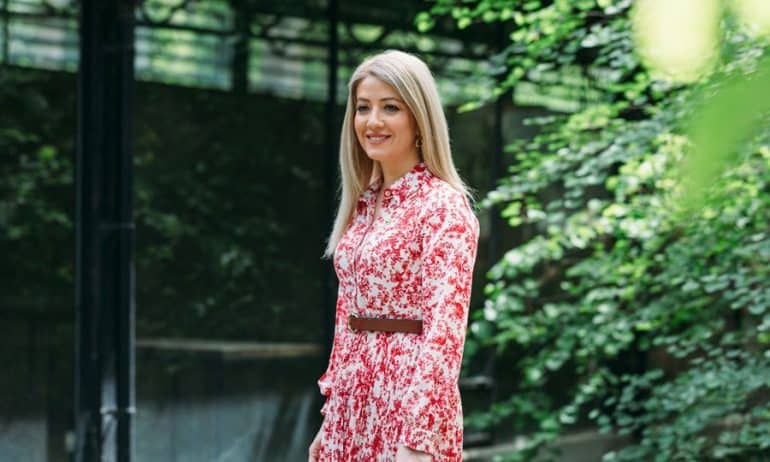 The Speaker of Parliament, Annita Dimitriou, is an ambassador for Womanifesto, the first film manifesto of the female artistic voice in Greece and Cyprus today, with the support of the Leventio Gallery and the AG Leventis Foundation.

A RUNONART press release sent to the media on Tuesday states that Efi Spyrou and the RUNONART team are pleased to welcome the Speaker of Parliament, Annita Dimitriou, as Ambassador to the project, noting that her participation "completes the conceptual axis: art, politics, sustainability giving a strong message of support and practical contribution to the promotion of the biodiversity of ideas, care and empowerment of the female voice today without borders ".

According to Ms. Dimitriou, according to the press release, Womanifesto in the midst of the challenges, in which humanity is sometimes called to "crumple" and sometimes stand tall, attempts to highlight the female nature, in all aspects of life , through art, politics, sustainability, giving her voice and cauterizing any kind of violation.

The Womanifesto in its entirety and through every art stop frame, communicates the meaning of a nursery, a greenhouse of ideas and values, with the hope of "flowering", maturation and spread. Personally, to participate, as an ambassador in this whole process, is a call that honors me very much, including me in a continuous, evolutionary process of collective awakening and vigilance ", notes the Speaker of Parliament.

The Leventios Gallery will host the screening of the film project in a unique event in the first quarter of 2023.

The Director of the Leventiou Gallery, Lucia Loizou-Hadjigavriil, said that the Gallery supports artistic pursuits and the communication corridors that create such events, adding that it is important not only for the artist and the spectator or the visitor, but also because they create moments for today's artistic expression and how it will remain and be preserved and projected in the future.

The first part of the film has been completed and the shooting of the second part for WOMANIFESTO II will take place in the third quarter of 2022 with the support of organizations and the public.

The long-term goal is for the action to act as an invitation, a challenge to be able to expand by adding artistic manifestos from around the world so that the dialogue transcends borders and can reach the rhizome of 360 minute films, 360 artistic manifestos by women creators .