Sofia Hadjipanteli: The model who became world famous thanks to her thick eyebrows 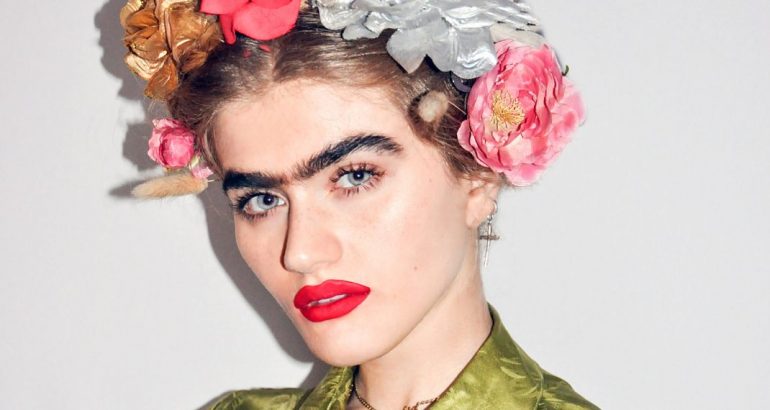 She is beautiful and represents the stereotypical - maybe too much - western models of beauty: long hair, big eyes, slim waist, flawless buttocks and perfect lips, teeth and cheekbones. But suddenly, in the middle of her face, a huge… eyebrow appears. He is a protester against the anti-culture, who holds hands with each other from the other side and together they raise their stature against the arbitrary rules of society.

"I do not do all this to persuade people to like my eyebrows. I do more to show that everyone can go on with their lives with a preference. Personally, I think I look better that way. There are people who disagree, but I'm totally cool with that. "

Sofia Hadjipanteli, originally from Cyprus, does not seem to be like all the other girls of her time. It removes stereotypes and forms, putting aside all those sexist and oppressive, for many, views of female beauty and grooming and creates its own path.

The 21-year-old marketing student at the Robert H. Smith School of Business first appeared on the website of Italian Vogue when she was 15 years old. Until recently, she was trying to find her way on the catwalks until she suddenly became famous on social media, when a selfie of her appeared on her Instagram exploration page, reaching more than a million people. This is how a "movement" started with the hashtag #UnibrowMovement, inspired by the general climate of promoting female hair growth that exists abroad. 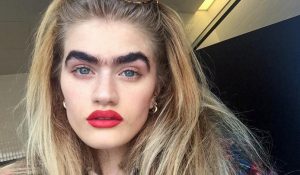 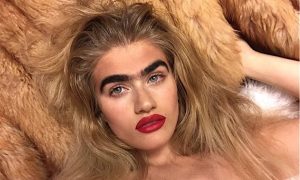 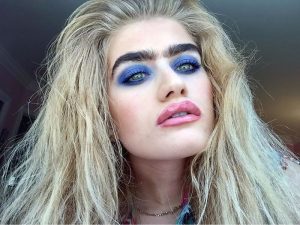