On a rooftop at East Tobacco Doc in East London, Sky starred in a dreamy collection with contrasts for SS22 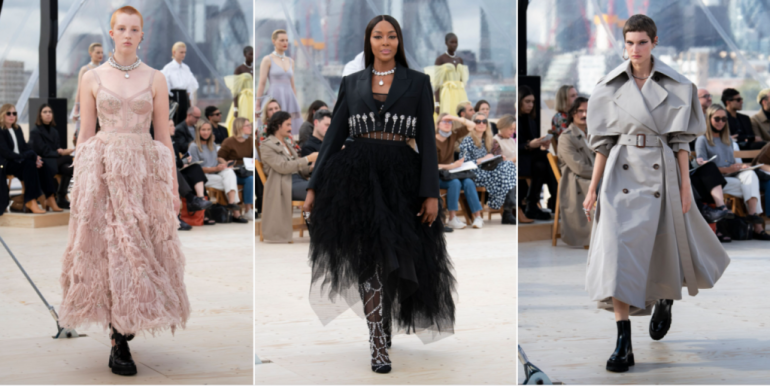 The Alexander McQueen House with its designer Sarah Burton after 20 years returns to London for the SS22 collection starring Naomi Campbell.

With the beauty of the street and the underground of London, in which McQueen grew up and grew up. There, on the rooftop dome created by Smiljan Radic for the show, with the sky playing its games, Alexander McQueen returned home. Twenty years after the decision of the deceased and the agreement with Gucci to show his collections in Paris. On a rooftop at East Tobacco Doc in East London, the sky starred in a dreamy collection of contrasts.

It was the first show in almost 2 years (remember the recent video shot in the Thames) and the house's designer Sarah Burton did not follow the London Fashion Week calendar, which ended 3 weeks ago. "Things have changed forever. Working for a year and a half from home means that the way we live and work has changed and we should respect that. "I do not think we should go back to the old formulas."

Sarah Burton gave time to co-workers and herself, worked with sustainable materials and created a collection of spikes that complemented each other: puffy sleeves like the clouds of the British sky and leather overall met the delicate femininity of cocktail dresses and the austerity of a Prince-de-Galles costume the sparkle of an embroidery on white canvas. The hand-painted cloths balanced next to the denim sets and the leather pieces of the collection. Embroidery and taffeta next to zippers, East London walked alongside West London in a show bathed in London light: sometimes hazy and in seconds bright, it made the unpredictable fuchsia pieces of the collection sparkle and the dresses sparkle.

Even the casting did not obey the terms of a fashion show but the characters on which Sarah Burton built the collection. Clearly, the priestess was Naomi Campbell with the plush boots for all the reasons that make her stand out, but next to her walked all kinds of girls in heels, boots and sportswear with Curve bags and the new most Doric bag with the thick chain. "Stormy skies are what we live in, so it is a collection of darkness and light. It is a collection celebrating our return to London. In my house, in the house of my associates, in the house of the brand. "Unpredictable shadows are part of life in London," the designer told the Guardian. "Those who knew Lee know his childhood passion of climbing rooftops and watching birds," wrote Sarah Mower. From that roof, in East London, they may have turned a blind eye. 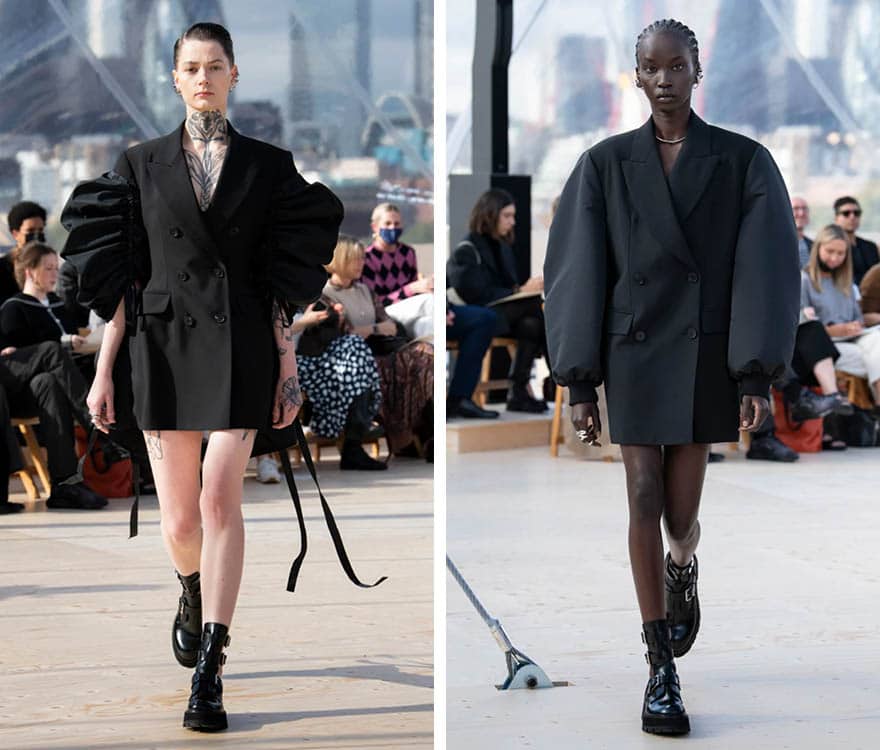 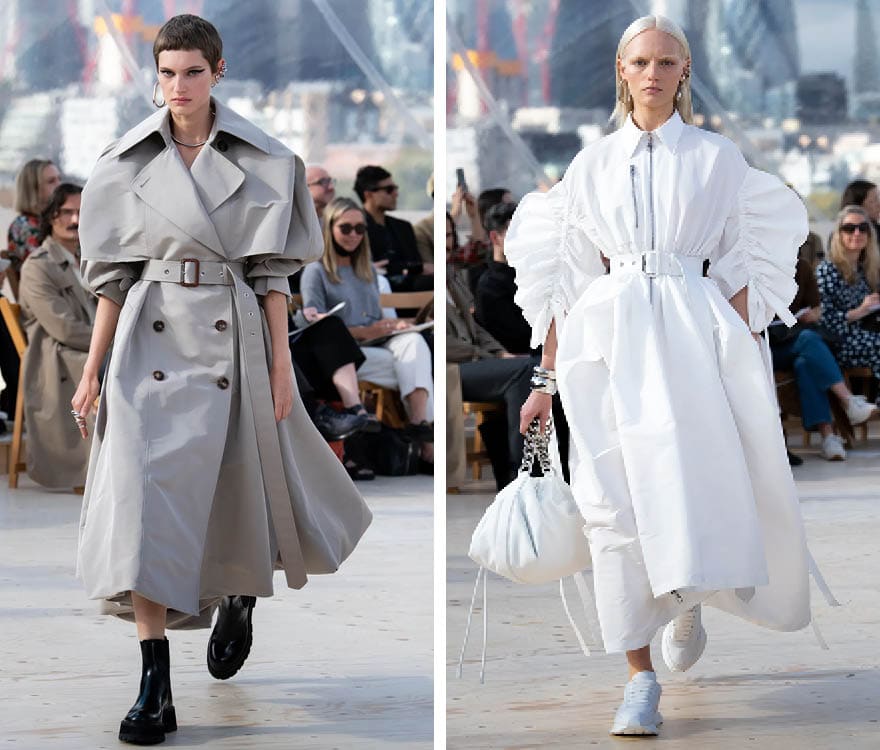 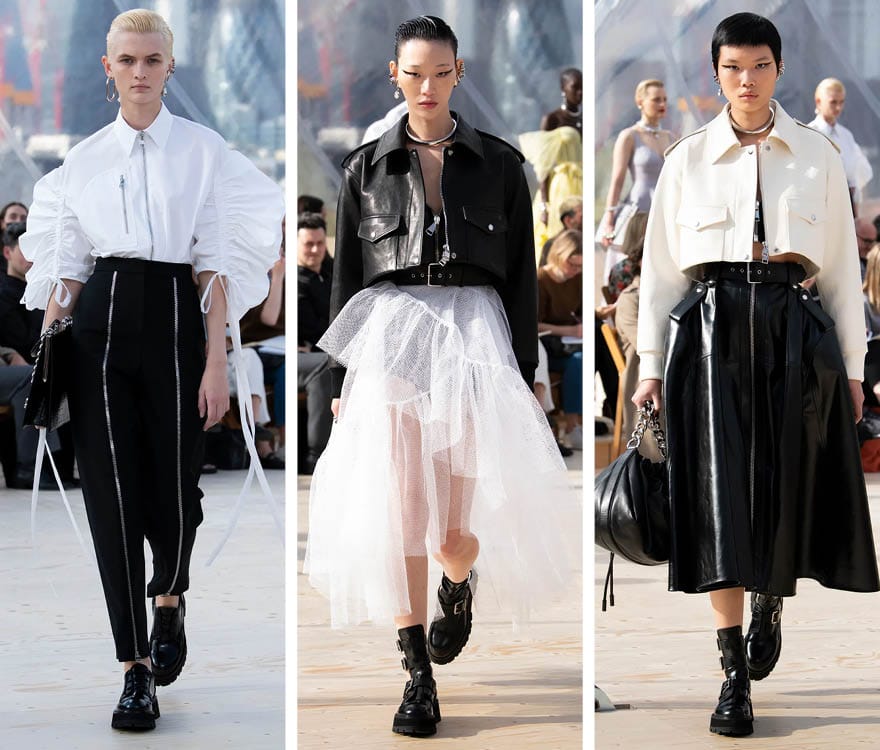 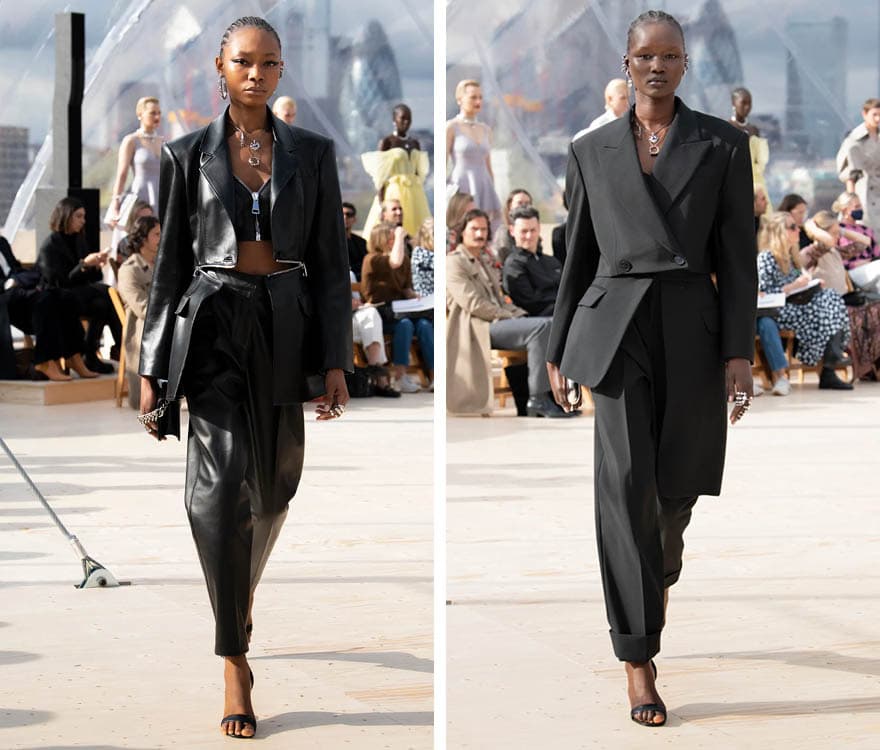 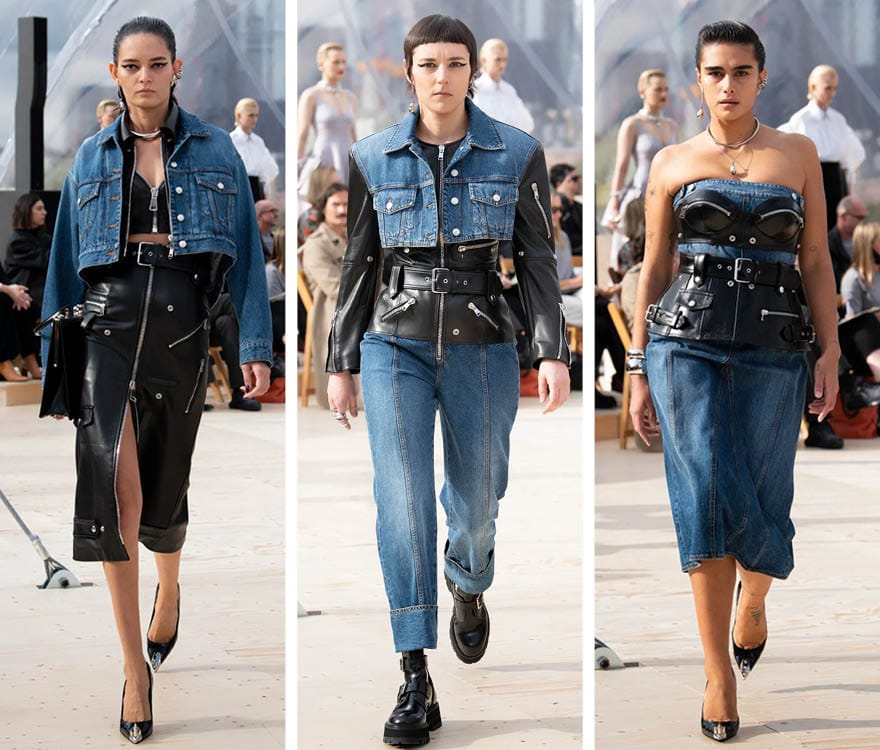 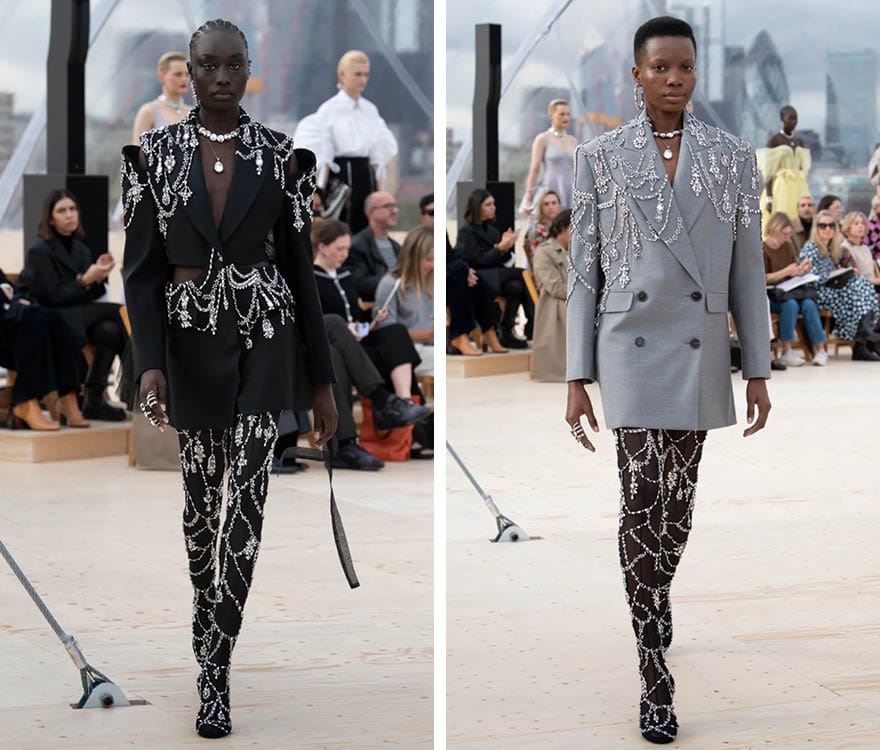 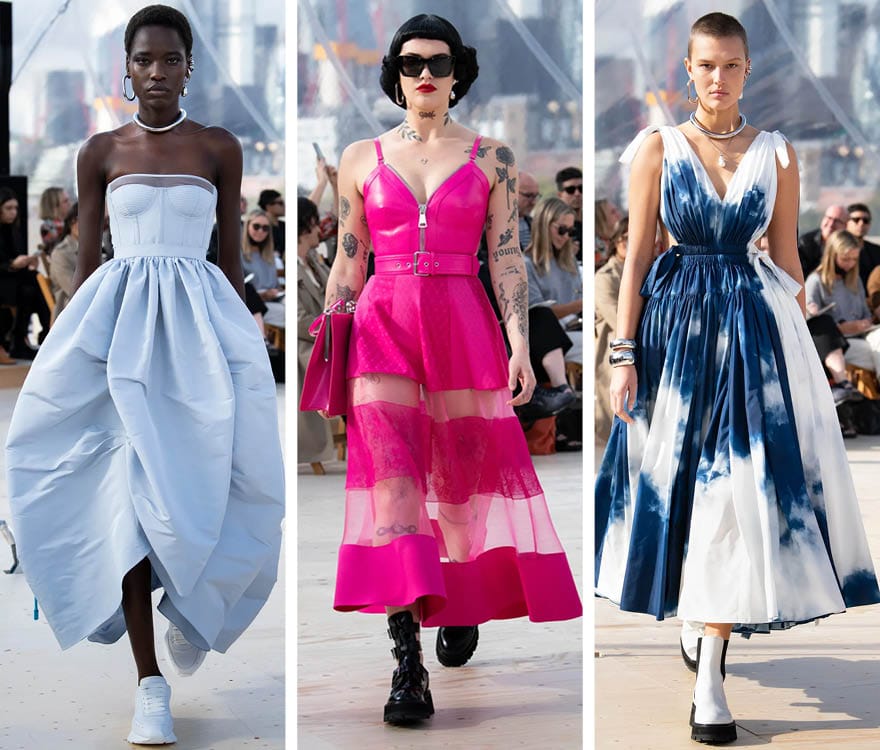 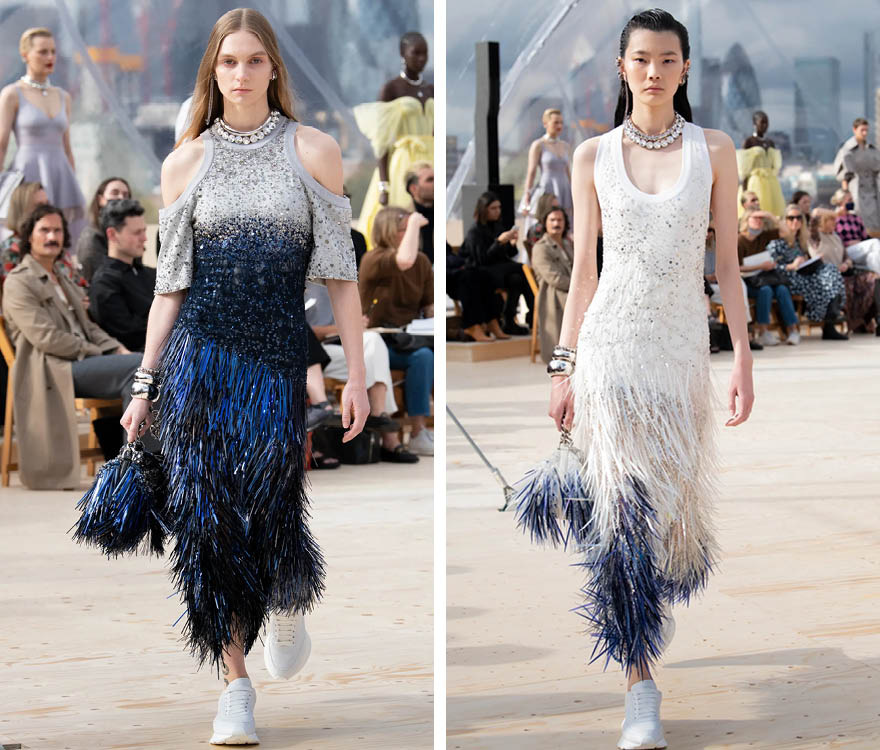 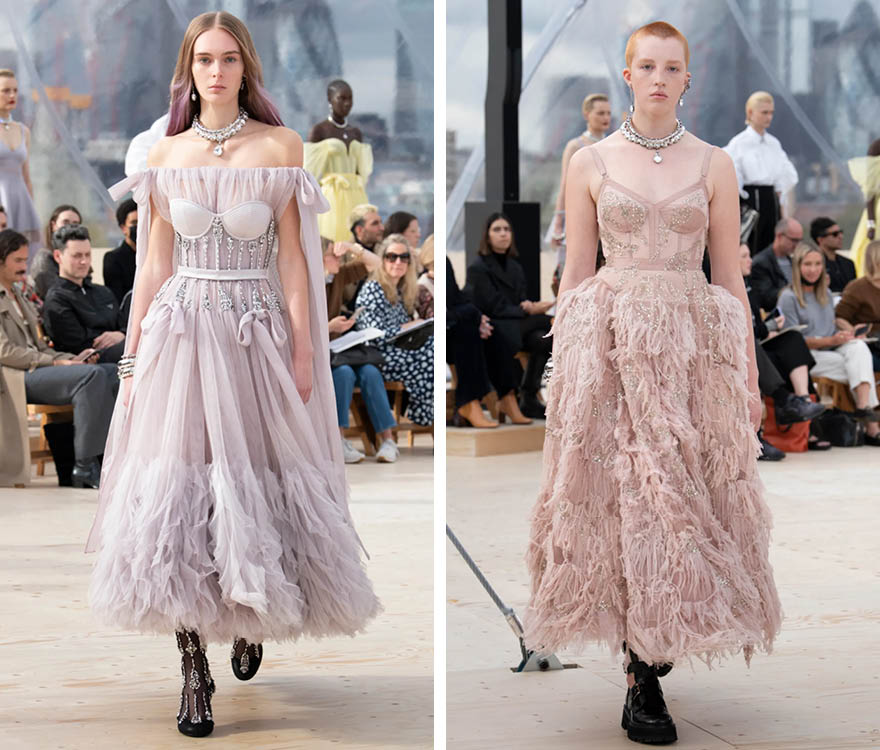 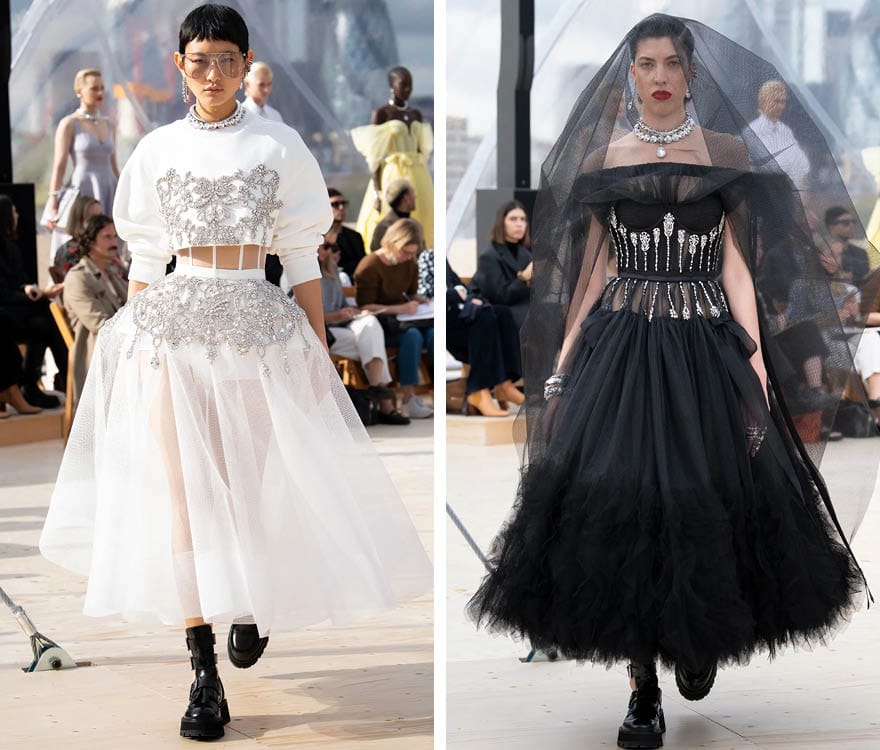 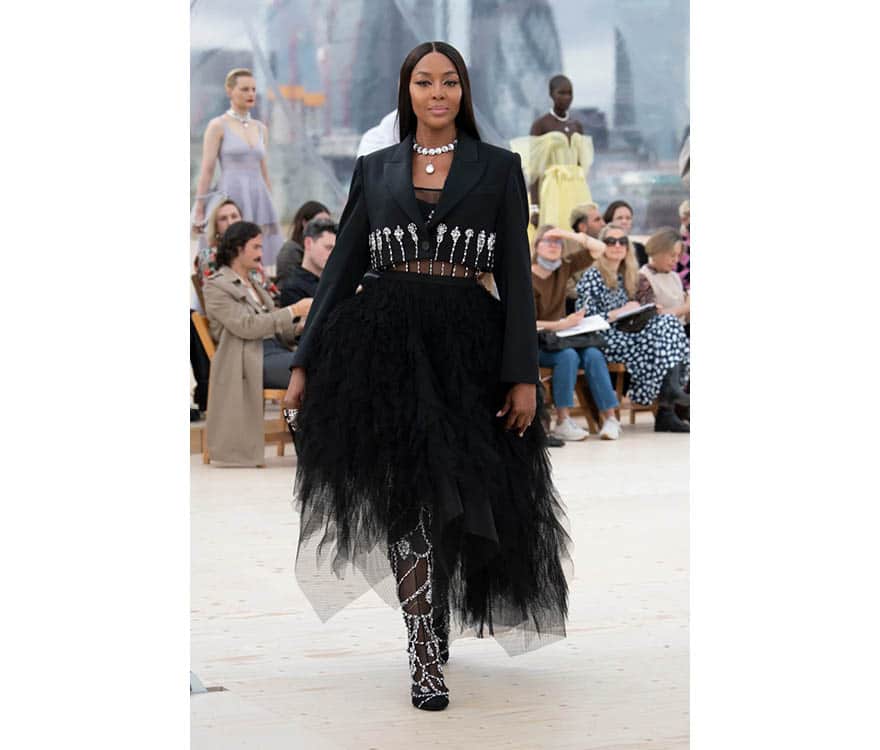