And a study of characters by the Iranian Said Rustavi 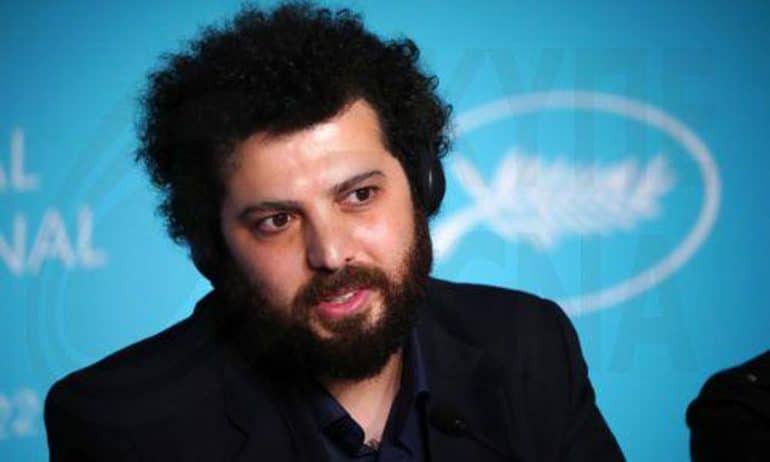 The film "Les bonnes etoiles" (English title: "The Brokers") by Japanese director Hirokazu Kore-Eda, which has already won many awards in Cannes (along with the Golden Palm in 2018 for his film "Family Case"), is dealing with the baby trade.

Only Kore-Eda ("Shoplifters", "A Day in the Summer") does not turn to an expected traditional police thriller, although he uses his elements to tell his story. The story begins with the young mother - a prostitute, as we find out later - leaving her child, on a rainy night, outside a Christian church (the story takes place in South Korea), where it is found by two baby traders "brokers", such as call them), working with the mother to sell the baby and share the money.

What the director is mainly interested in is to document the relationship between these three people, who each have their own goal behind selling the baby, especially the mother who wants revenge on the married man who made her pregnant. In the process, he is given the opportunity to develop the characters, helping us to get to know the three people - as well as the two policewomen who are watching them - who, behind the indifference and the pursuit of profit, there is, as we gradually discover, both emotion and sensitivity - For example, the excellent scene on the wheel of the amusement park, with the three of them, together with the baby and a child from the orphanage, where the real, sensitive character of the two men finally comes to the surface.

Kore-Eda moves his faces in a specific social environment, sketching a picture of today's Korean society, using the elements of the thriller when necessary, as well as some upheavals (eg in the various attempts of the police to arrest the two " brokers »).

Among the exceptional, favorite for the Golden Palm, films of this year's festival is the Iranian film "Leila's sisters" by Said Rustavi. A fascinating, revealing study of characters around a dynamic woman and her four weak, unhappy brothers, who are basically cared for by herself and her equally greedy, indifferent to his family, father.

The title's Leila (excellent in the role of Asgar Farhadi's regular protagonist, Tarane Alindusti, who will definitely be the favorites for the acting award), despite the constant back pain due to stress and workload, is basically the only one who she works and makes enough money to take care of the whole family.

One brother, Aliriza (a very good interpretation by Navid Mohammadzande), arrives in their city, after a long absence in the city, when he loses his job with the closure of the factory, which refuses to pay them the salaries of the last 12 months. . Obese Parviz, a toilet cleaner, does not make enough money to help his family, the muscular Farhad spends his time watching boxing matches on TV, while his fourth brother, the cynical Manousse, looks for ways to make a lot of money without never achieve anything. Alongside these parasitic brothers is their cunning and greedy father, whose dream is to become the "patriarch" of the tribe and who, in order to achieve this, is ready to sacrifice the future of his family.

Leila, who wants to help the family, overcome poverty and problems, is preparing a plan, where all members of the family will contribute financially to be able to get a loan and buy a shop in the shopping center in their area. To complete the amount, they need the 40 gold coins that their father has hidden, but he prefers to give them as a wedding gift to the daughter of the former, the same as him, an insidious patriarch (who proposes him to take over as the new patriarch).

A fact that will lead to the great conflict of the members to end up in the wonderful scene of the wedding, to prove, finally, the mediocrity of the useless male members of the family, in contrast to the dynamic character of the woman, who, in an ineffective male-dominated society like Iranian, with the woman being treated as a second-class citizen, makes you shout, like Marco Ferreri in his film, "the future is a woman"!

This is not the first time that Claire Denny has tackled colonialism - it is enough to remember the "White supremacy" around a French woman struggling to survive in a politically turbulent African country. This time, the heroine is an American journalist, in Nicaragua, in his period COVID-19, who, having ruptured, with the local authorities tries to find ways to raise the necessary dollars to return to America: with her various strange friendships, selling sex for dollars and then her acquaintance and love affair with a mysterious British man who ends up in a conflict with an American spy who seems to have some mission for the CIA.

The film moves in an atmosphere that combines tropical heat with eroticism and politics and other intrigues, with the various elements often not intertwined, while the interpretations (even of the relatively good Margaret Quoli) remain mediocre.