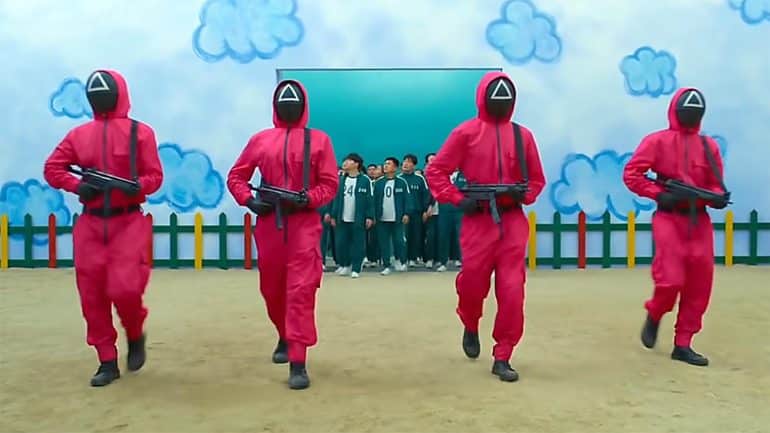 TV reality show Inspired by the most popular series of all time, Squid Game, Netflix is ​​preparing, without risking life or death, as the popular platform explains.

In the new reality show, 456 recruits from all over the world will play games where "the worst fate is to go home empty-handed" - but losing the $ 4,56 million prize, according to the BBC.

At the same time, Netflix confirmed that the popular series will be updated for second season at the beginning of the week.

On Wednesday, the platform announced its news series of 10 episodes - Squid Game: The Challenge - will offer the "biggest cast and biggest cash prize in the history of reality".

"As players compete through a series of games inspired by the original series - plus amazing new additions - their strategies, alliances and character will be put to the test, while competitors are eliminated around them," he added.

Participants must be at least 21 years old, must speak English and be available for up to 4 weeks in early 2023 for filming.

The 456 entrants are as many as the players in the series, with Seong Gi-hun as the main protagonist also referred to as Player 456.

The South Korean series narrates the story of people who, being in debt, compete for a huge cash prize in a deadly series of children's toys.

It holds the record for the most popular Netflix series of all time and was broadcast by 111 million users in the first 28 days of its release.

Squid Game director, writer and executive producer Hwang Dong-hyuk said in a statement on Monday: "It took 12 years for the first season of Squid Game to come to life last year. But it took 12 days for Squid Game to become Netflix's most popular series. "