Survivor spoiler: It's a disaster - Who leaves today and who leaves voluntarily on Saturday 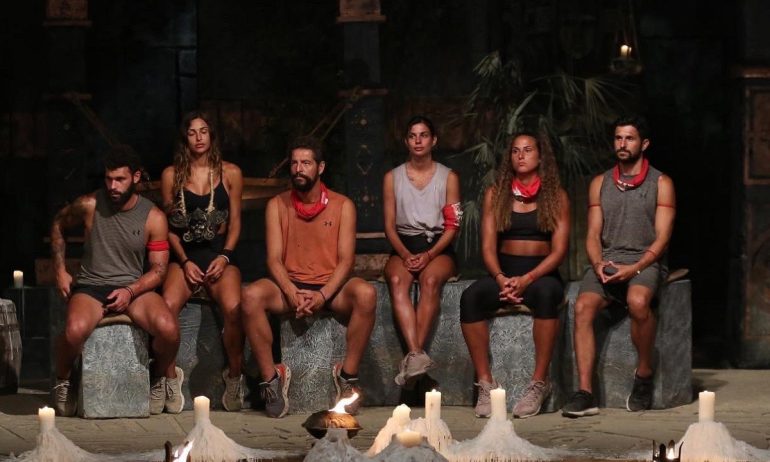 On Wednesday night in the episode of Survivor we are expected to see tensions, tears and upheavals. Among other things tonight we will see an injury in the prize race and the confession of a love. The departure has "locked" with a person that no one expected.

Konstantinos Emmanuel will "bend" the moment an incident is confessed on camera. "I did not sleep well because I had a concern. "I sit and think that Survivor is a big life lesson for me."

In the last prize race there will be an injury of Apostolos Rouvas which will cause concern as, as it seems, he hits his head while trying to cross an obstacle.

We will see tensions in the council of the island between Spyros Martikas and Vrisiida.

"You are like roses. I want to understand how you have come closer ", Giorgos Lianos can be heard initially saying to the two Survivor players, with Vrisiida addressing the obviously embarrassed Spyros Martikas and saying:" Do not look at me and talk ".

This is the player leaving Survivor

A thriller vote is expected with the four candidates splitting into two groups and giving their two different battles. One for the first place and one for avoiding the last place.

The battle for the last place is the one that decided the player that we will see leave on Wednesday.

Asimina, Emmanuel, Rouvas and Soiledis gave their own battle to get the most positive votes and ensure their continued presence in Survivor. The player who leaves tonight is Apostolos Rouvas.

The Voluntary departure that will "dissolve" the red team

The departure that we will see tonight, through the voting process, of Apostolos Rouvas, who finished in last place, was the second blow.

However, the red team receives the gratuitous shot from Nafsika. The player of the red team has already left Survivor and has taken the road back to Athens.

She told the production that she is leaving for personal reasons that make it necessary for her to leave the survival reality show.