COVID19: Scientists do not rule out new large waves

"We can say with certainty that something is coming. Probably multiple things coming" 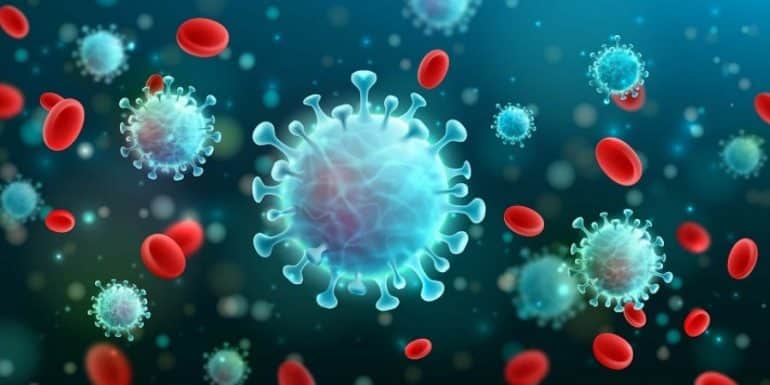 Although the pandemic is about to complete three years and the American president, Joe Biden, was probably in a hurry to declare its end, several scientists continue to consider the corona virus a serious challenge and in fact do not rule out new large waves of it Covid-19, mainly due to the new sub-variants of the dominant Omicron variant.

The SARS-CoV-2 virus seems not to have stopped finding new ways to evade the immunity that people acquire after their vaccines and infections. In recent weeks several new - able to escape - strains of the virus have attracted the attention of scientists. One or more of these strains could cause new large waves Covid-19 this fall or winter, according to Science magazine.

"We can say with certainty that something is coming. Probably multiple things are coming," assessed virus evolution expert Dr. Cornelius Remer of Switzerland's University of Basel, adding that the big question is whether they will lead to many new hospital admissions and deaths.

"It is not surprising that we continue to see changes that further help the coronavirus to evade immune responses," said molecular epidemiologist Emma Hodcroft of the Swiss University of Bern.

The strains that appear to be driving the return of the coronavirus are all sub-variants of the Omicron variant that has already swept the world. Some new subvariants, such as the rapidly spreading BA.2.75.2 in Europe, trace their origins to Omicron 2 (BA.2) which succeeded the original Omicron (BA.1) and which in turn was subsumed by subsequent sub-variants such as BA.5, which tends to dominate in recent months. Some emerging subvariants that better evade immunity, such as BQ.1.1 already detected in several countries, originate from BA.5.

Despite their different origins, several new strains of the coronavirus show a similar combination of mutations that help it overcome the immune wall, according to evolutionary biologist Jesse Bloom of the Fred Hutchinson Medical Center. Experiments by researchers in China and Sweden showed that e.g. BA.2.75.2 can effectively escape from almost all available monoclonal antibodies against Covid-19, which essentially renders these much-hyped treatments useless.

Immunologists and virologists Ben Marel and Daniel Seward of Sweden's Karolinska Institutet of Medicine at Stockholm University pointed out that BA.2.75.2 is the most resistant subvariant they have seen, with preexisting antibodies in people's bodies (due to vaccination or natural immunity after from infection) to be only one-sixth as effective in neutralizing it, compared to BA.5.

A Peking University research group led by immunologist Yunlong Richard Cao reached a similar conclusion for BA.2.75.2, as well as for BQ.1.1, which also shows an impressive ability to escape neutralizing antibodies. The Chinese researchers reported in their pre-publication that the new subvariants do not seem to have lost any of their ability to bind tightly to the receptor on human cells, so the infectivity of the coronavirus has not decreased.

At the same time, the same scientists found evidence that infections with the new subvariants tend to trigger disproportionately more of the wrong types of antibodies, which, while attached to the virus's cells, fail to neutralize its ability to enter and infect human cells. . All this, according to Dr. Cao, portends a new mass wave. As he stated, “Immune escape has never before been seen on such a scale and the virus continues to develop rapidly. This is very bad."

Seward and Murrell agree that we should expect many infections in the coming months, just as we did last winter when Omicron burst into the limelight. They are, however, less pessimistic than Cao, considering that booster vaccinations with Omicron's new updated sub-variant vaccines are also starting, which are expected to expand the "repertoire" of antibodies and, by extension, immune protection . "I don't think we're where we started," Seward noted.

“The choice to include BA.5 in the booster seems good. Booster vaccines will always be a step behind, but the good news is that the updated BA.5 vaccine is only going to be one or two steps behind the evolution of the virus, not five steps behind,” Bloom said.

Scientists agree that how serious the autumn-winter return of the coronavirus will be will be seen when more people, worldwide, will have been sickened by its new strains.