Research: Lower risk of colds for children who exercise

The more active and athletic a child is, the less likely they are to get sick 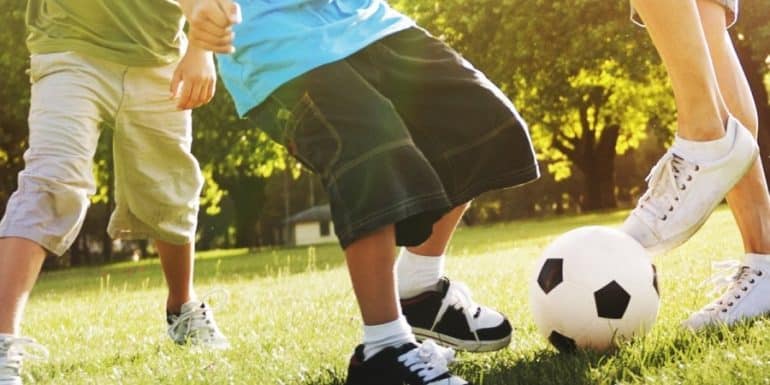 Higher levels of physical exercise and more general activity in children are associated with a reduced susceptibility to upper respiratory infections such as the common cold, a new Polish scientific study shows. The more active and athletic a child is, the less likely they are to get sick.

The researchers from the Medical University of Warsaw, who made the relevant publication in the pediatric research journal "Pediatric Research" of "Nature", studied 104 children aged four to seven, measuring their physical mobility on a 24-hour basis for 40 days with a special instrument worn in hand. At the same time, any symptoms of respiratory infection such as coughing, sneezing etc. were recorded by the parents for 60 days. Various factors were also taken into account, such as children's vaccinations, their participation in sports activities, their exposure to smoking and pets at home, etc.

In the 47 children whose average daily steps were 5.668 during the first two weeks of the study, the total number of days with respiratory infection symptoms during the next six weeks was 947. But for another group of 47 children with more physical activity (9.368 steps per day on average), the total number of days with symptoms of a cold or other respiratory infection was reduced (724).

The researchers concluded that greater physical exercise and activity in general helps to reduce children's risk of infections, on the one hand by reducing inflammatory cytokines (associated with chronic inflammation and disease) and on the other hand by enhancing immune system and T-lymphocyte responses.