Why You Should Never Drink Hot Coffee – What Experts Say

What a new, major study reveals 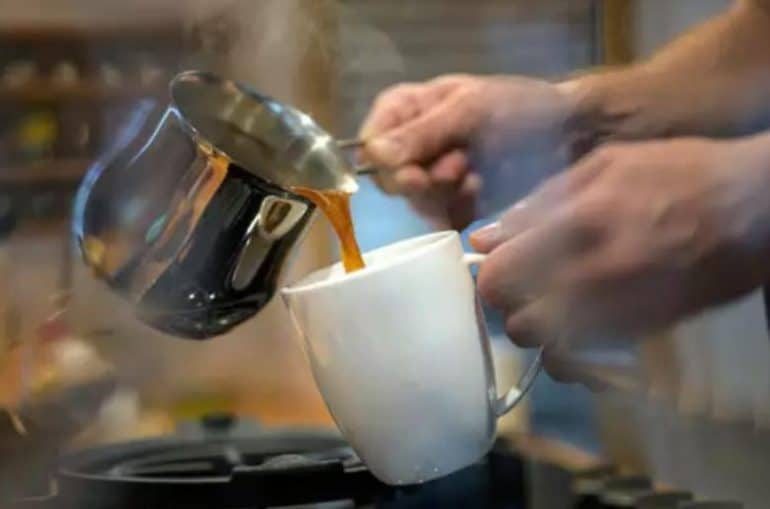 If you belong to the category of people who consume coffee every day, pay attention to its temperature. A new, important study examined whether and to what extent coffee affects the risk of developing 22 different cancers. Her conclusion was that it is associated with esophageal cancer, but only when consumed warm or hot.

This is because of the thermal damage caused by the hot drink in the esophagus, the researchers say. The same damage has been observed with hot tea, but also with hot foods, they warn.

The new study was based on the analysis of data from 367.561 volunteers from Britain and Finland. 59.647 of them had been diagnosed with one of the 22 cancers examined.

The researchers found that coffee only had a strong association with esophageal cancer. Volunteers genetically predisposed to drinking a lot of coffee were, on average, 2,79 times more likely to develop this uncommon cancer.

This risk, however, it varied according to the temperature of the coffee. In fact, those who said they preferred their coffee hot were 2,74 times more likely to develop this cancer. Those who preferred it hot were 5,45 times more at risk.

The new findings are published in the nutritional journal Clinical Nutrition. As researchers from the University of Cambridge and Karolinska University in Sweden explain, coffee could be linked to esophageal cancer because it causes gastroesophageal reflux (heartburn).

Heartburn is a known cause of chronic inflammation in the esophagus, which paves the way for cancer.

However, the data they found in their study of this correlation, it is weak. In contrast, their findings on thermal damage that hot coffee causes is very strong.

Previous studies have shown that consumption of hot beverages, especially mate, is an important factor in tumorigenesis. Mate is a coffee substitute popular in Argentina and other South American countries.

Other studies have linked consumption of hot foods and beverages (including coffee) to esophagitis.

«It is therefore very likely that the carcinogenic effect of coffee is broadly related to thermal damage and is specific to it or its components", the researchers emphasize.

So, the only solution to protect yourself is to drink your coffee or tea at a tolerable temperature, they recommend.