'The next pandemic could be deadlier' 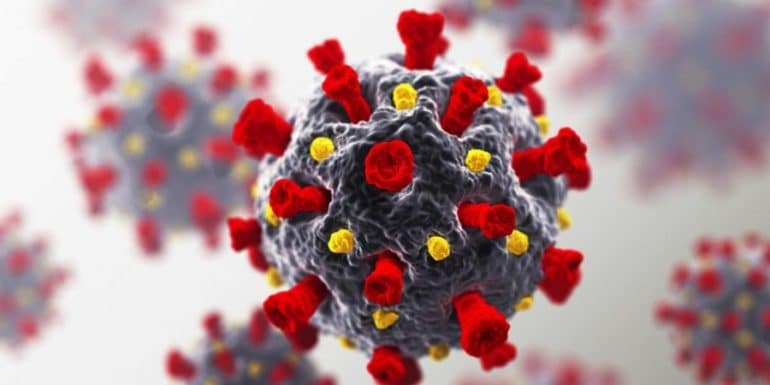 The lethality per gram of SARS-CoV-2 virus is much higher than that of a hydrogen bomb. However, SARS-CoV-2 was not very deadly. The next pandemic could be more deadly and that is why investments are being made to remove that risk.

The highlights belong to the Danish professor of Bioinformatics at the University of Oxford, Jotun Hein, internationally recognized for his research on the detection of recombination in viruses.

That is, the process that scares scientists because if the DNA of two different variants is "mixed", a new strain that is dangerous for humans can emerge. "It is impossible to assess whether the pandemic has ended. This will depend on what strains emerge.

I expect that the worst is over given that vaccines can be produced and given in a short period of time", says Professor Hein to APE-MPE, to then add that "it is rather unlikely that we will avoid pandemics in the future". “From the point of view of potential pathogens, humanity is an easily accessible raw material 'for consumption'. And unlike its executives COVID-19, we don't know what can await us".

Professor Hein, supported by the Danish Institute in Athens, is visiting these days the Laboratory of Hygiene, Epidemiology and Medical Statistics of the Faculty of Medicine of the EKPA and his visit aims to transfer knowledge and exchange opinions on the evolutionary mechanisms of the SARS-CoV-2 coronavirus in collaboration with the assistant professor, Ghika Mayorkini. On the occasion of his lecture on 22/9 that was also broadcast online on the subject of the detection and study of genetic recombination with a special emphasis on SARS-CoV-2, we asked him some questions.

The following is the detailed text of the interview given to APE MPE and journalist Tania H. Madouvalou by Jotun Hein, professor of Bioinformatics at the University of Oxford

What is recombinant coronavirus?

Recombination is the process by which genetic material from different viruses is mixed. For example, O4 can mix with O5 and give a new strain

Why is it important to understand the role of recombination in its pandemic? COVID-19;

SARS CoV-2 is very "fresh" in humans (its transmission is estimated around November 2019) and its genome has 30.000 letters, and every month two or three of them change. To create a mutant strain such as Omicron, many of these changes need to be made in the genome. If the virus evolved through these simple changes it would change in small steps, one change at a time. While through recombination it can make leaps in evolution. It can for example combine changes (from different strains) that give an advantage over the vaccine so that the virus can more effectively evade the immune response.

Are mutations and recombination sufficient to understand what happens to virus evolution?

No, we need to at least add natural selection to the script. We fight the virus with our immune system, with vaccinations (telling our immune system what to look for) and with drugs, and the virus tries to avoid them. The virus tries to escape within an animal and occasionally passes from one animal to another. For example, from bats to humans. In both cases it evolves, when by chance it acquires a change that gives it an advantage to multiply faster.

Why is this knowledge useful?

It helps us understand how quickly the virus changes, that is, it evolves and adapts. For us the big stress is the anxiety strains, which have unpleasantly surprised us several times so far. Being able to understand what to expect helps us assess risk. Let's say a billion people are infected with Sars Cov2. Each infected person contains 10 billion virus particles. Yes, this is a lot of virus particles (10 billion billion) but their weight is a few kilograms in all infected patients in total. However, the infected outweighs its little enemy by at least 100 billion times.

It is striking that the lethality per gram of SARS-CoV-2 virus is much higher than that of a hydrogen bomb. Although the number of virus particles is very large, we can characterize all these virus particles in a much simpler way than creating a list of them that would include 10 billion billion virus particles.

We can focus on the spike protein that is used to invade our cells. One can then ask computationally or experimentally, what are the properties of viruses that can arise through one, two, three, etc. changes or recombinations. In this way we would have a "taste" of what we can expect from mutated viruses that may arise in the future.

Do you think the pandemic is over?

It is impossible to estimate. It depends on what strains emerge. But I expect that the worst is over given that vaccines can be produced and given in a short time and with the experience we have gained from implementing sanitary measures.

How can we be ready for the next pandemic?

Key scientific successes and lessons from the recent pandemic can be a legacy so we could react much faster next time. However, SARS-CoV-2 was not very deadly, the next pandemic could be more deadly.

Can we avoid pandemics in general?

It is probably unlikely that we will avoid them in the future. Homo sapiens has spread all over the planet. From the point of view of potential pathogens, humanity is an easily accessible raw material "for consumption". And unlike its executives COVID-19, we don't know what may lie ahead so it is clear that investments are being made to monitor this risk.