Study: Poor sleep linked to increased risk of glaucoma in the eyes

Poor sleep is linked to an increased risk of glaucoma in the eyes, a new study reports 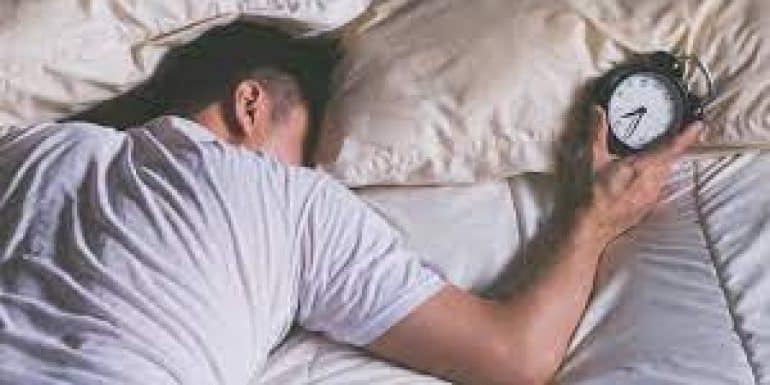 People who get poor quality and insufficient sleep or conversely sleep too much, who often snore and feel sleepy during the day, are more likely to be diagnosed with irreversible vision loss due to glaucoma, a new scientific study shows.

The researchers, led by Professor Huang Song of China's Sichuan University, who published the relevant publication in the British medical journal "BMJ Open", analyzed data on approximately 409.000 people aged 40 to 69. Over the course of a decade there were 8.690 new cases of glaucoma, mostly in older male smokers and in people with high blood pressure or diabetes.

Seven to nine hours a day was considered normal sleep duration. Insomnia was defined as either difficulty falling asleep or frequent waking during the night.

It found that frequently sleeping less than seven hours or more than nine hours was associated with an 8% greater risk of glaucoma. The risk of the condition was also increased by 12% in people with insomnia, 4% in those who systematically snore and 20% in those who are constantly sleepy during the day.

The findings, according to the researchers, highlight the need for restoring normal sleep in people at high risk for glaucoma, as well as for frequent eye examinations of people with sleep disorders. Glaucoma is a leading cause of blindness and is estimated to affect 112 million people worldwide by 2040.

Vision loss is progressive due to gradual loss of light-sensitive cells in the eyes and damage to the optic nerve. If not treated medically, glaucoma can lead to irreversible blindness.

The researchers pointed out, however, that this was an observational study that cannot actually establish a cause-and-effect relationship between poor sleep and glaucoma, only an association between them. In at least some cases, it is possible that glaucoma itself negatively affects sleep quality rather than the other way around.

On the other hand, among other things, anxiety and depression, which often accompany sleep disorders, increase the internal pressure in the eyes, probably due to the dysregulated production of the hormone cortisol, consequently increasing the risk of glaucoma.