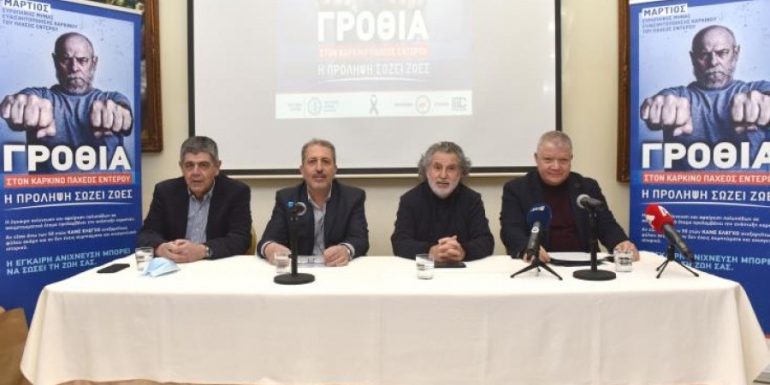 According to an announcement by the organizers, colon cancer is one of the most common forms of cancer worldwide, while in Cyprus it is the third most common cancer in men and women. The disease affects men and women, mainly after the age of 50, and is responsible for most deaths in Europe after lung cancer.

The President of the Pancyprian Medical Association, Dr. Petros Agathangelou, congratulated the Gastroenterological Society of Cyprus and Medochemie for the initiative of the information campaign, emphasizing that the PIS will continue to accompany them consistently, with prevention programs and timely, if prevention and reduction of colorectal cancer in Cyprus.

Finally, the Sales Manager of Medochemie, Nikos Christidis, stressed that prevention is preferable to treatment, calling on citizens over the age of fifty to spend a few minutes of their time and to be informed by their doctor about the examination methods. , diagnosis and treatment of this serious disease.

According to the announcement, although the causes of colon cancer are not clearly defined, it is added, the disease is related to unhealthy eating habits, while the family history, the appearance of polyps in the intestine, as well as chronic colitis play an important role. On the other hand, the most common symptoms of the disease are bleeding from the anus, anemia, iron deficiency, weight loss, decreased appetite, weakness, fever, sweating, abdominal pain, and a change in habits. intestine.