What is aortic aneurysm - How is it located?

There are 2 possibilities with which one can discover it 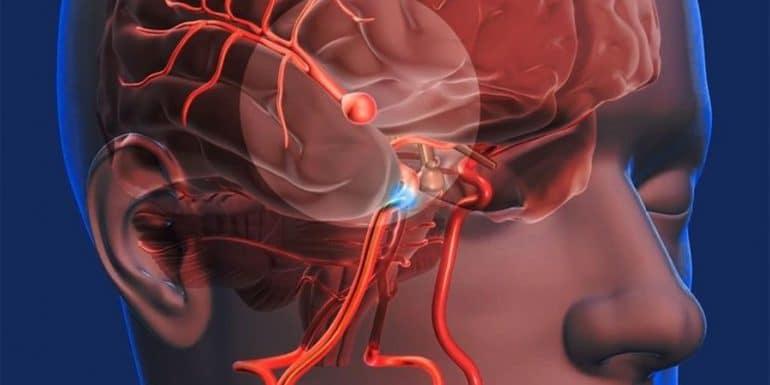 The Minister of Labor was transported to Athens on Sunday night (15/5) by air to undergo surgery.

The surgery she underwent lasted about five hours, with her state of health remaining critical.

It is recalled that the Minister was initially admitted to a private hospital in Nicosia and then due to the seriousness of her condition was transferred to a hospital in Athens to undergo surgery.

What is a brain aneurysm?

An aneurysm is a pathological swelling at a point in the wall of a blood vessel in the brain. The wall at this point "relaxes" and allows this swelling to form, which looks like a grape rosette. Rupture of an aneurysm causes blood to flow to the base of the brain. This is a dangerous type of cerebral hemorrhage called subarachnoid hemorrhage. The base of the brain is anatomically located below eye level.

How is a brain aneurysm discovered?

1. discovery of an aneurysm, in an emergency imaging examination performed on the occasion of an episode of subarachnoid hemorrhage.

2. discovery of an aneurysm as a random finding, in an imaging test performed for another reason, e.g. for investigating headaches.

What is the treatment for brain aneurysms?

This will depend on whether the diagnosis was due to bleeding or accidental (random finding in a diagnostic test:

1) if it was due to bleeding, it needs immediate treatment (within the next hours or days) either by embolism or by neurosurgery

2) if it happened by accident, ie if the aneurysm has not cracked (broken) and the aneurysm is small in size (usually less than 4-7 mm) it is decided to follow

3) if it happened by accident and the aneurysm is medium or large in size (usually over 4-7 mm) the embolization or the neurosurgery is decided, not on an emergency but on a planned basis.