"GESSY, me, and you…" - Opinions of a doctor to patients 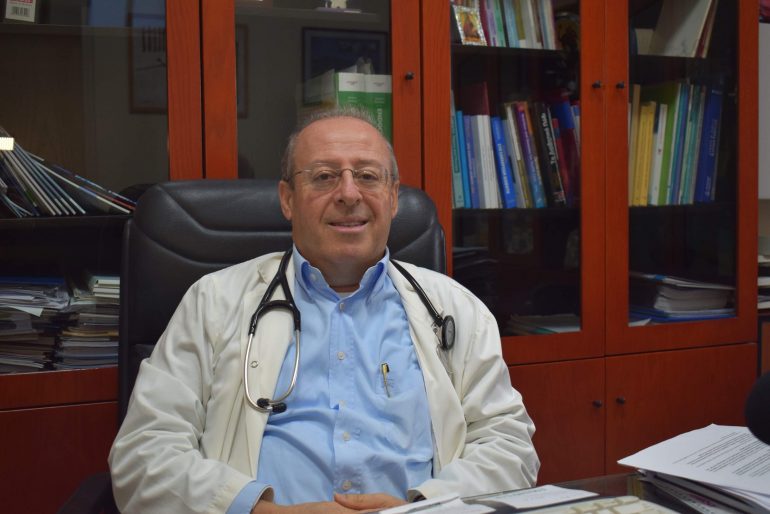 With the start of GESY on our doorstep now, both the citizens and the medical world are possessed by feelings of embarrassment, wonder and uncertainty.

Every day I receive many questions from my patients, such as if GESY will work, if I will join the system, if the private hospital where I work will enter, if they will be able to see me if I stay out and much more. Doctors, on the other hand, are plagued by intense dilemmas. Is the government and the OAY right? Will I be able to offer my services to the world at the right high standard, will I survive financially within the system and even worse, will I survive if I stay out? Bad lies, all patients will be necessarily trapped inside the GESY, so who will come to pay out of pocket to see you?

As a doctor I want to make it clear that I was looking forward to the implementation of a proper Health System. Unfortunately, the dream we had turned into a nightmare, since no matter how much I study it, I find that it is insufficient and will lead with mathematical accuracy to the degradation of medical services in our country. With great sadness I declare that I can not join a system that instead of improvement leads to a leveling of Medicine.

It is obvious that the government and the OAU have the upper hand, as they have both the economic and the political power to impose their will on everyone. All the media seem to support GESY at the moment and we do not see any contradiction, since doctors are not given equal opportunities in information. The judge of all, however, will always be the Cypriot citizen. If they fail to deliver what they promise to the world, they will obviously pay the price and will have to face the wrath of the Cypriot citizens. On the other hand, if the doctors who oppose the implementation of GESY in its current form, are wrong and the System is good and effective, then they will experience the discrediting of the citizen.

Our biggest disagreement with GESY is the belief that it will offer poor quality Health services. Why do we say that? It starts from the indisputable fact that the global budget of GESY is incomplete. The budget forecasts revenues of around one billion Euros and is global, meaning it can no longer grow. On April 1, we heard the honest Minister of Health say that the state budget will not be further burdened precisely because it is global and no increase is foreseen. What they are not telling us is what happens if they have made a mistake in their calculations and we really have a deficit budget. Who will pay the bride? In this case, if no additional financial resources are found, all the services offered will be incomplete and of poor quality. To get the bill out! If one is interested in searching a bit on the internet one will see that the cost of Health in the EU is around 3,000 Euros per inhabitant. Even the Greece of the crisis spends 1678 Euros per inhabitant. So if one divides 1 billion of the global budget with the number of beneficiaries estimated at 1 million, then we see that an effort is made to offer "quality" health services at 1000 Euros per capita, ie 1/3 of the European average. With this money we will receive Health services at the level of African countries. THE MEDICAL WORLD DOES NOT COMPATIBLE WITH THESE DATA. Doctors' fees are only a small part of the budget. "Remuneration" is an artificial argument to throw ashes in the eyes of the world and accuse doctors of greed. The essence is the quality of services.

Another well-publicized topic is free access to any doctor we want. They obviously mean the doctors who will be contracted! Because access to those who refuse to submit (it is about submission) will not exist. And what do the designers of GESY suggest, please? To force your doctors say to enter the system !!!! If it is possible to use the word coercion in the Republic and please support it by reputable journalists and politicians. It is said that if a patient dares to see his doctor who has been watching him for years, outside GESY and pays him out of his own pocket, then he loses his rights to medicines and examinations! If it is ever possible! Obviously unconstitutional, but we were told if we want to go to court and wait 10 years for the decision to be made. All this obviously to put pressure on doctors to force their way into the System, even if they disagree, as their survival is threatened. This, Mr. Minister, is called bullying, not the persuasions to colleagues to withstand the unjust pressure you put on us! We want free access to any doctor the patient wants, as long as he has a license to practice. This means free choice of doctor. As for the submission contracts you require us to sign, they are not needed. Doctors are scientists with dignity and know how to do their job.

I could write for a while longer, about many other imperfections of the proposed GESY that make it unsustainable and unfair, but readers will get bored of reading it. In closing, I want to state clearly that I am unreservedly in favor of a universal and fair Health system that is sustainable and functional. This GESS is neither fair nor functional and sustainable. It is only universal with equal access. The quality of services has been sacrificed. It just suits some. That is why we reject it and we will give our unequal struggle for a real upgrade of the Health services that the average citizen will receive. Those who designed it I am sure will get the Health services they will need outside the System. That is why they asked for a budget for private health insurance in the budget. Fortunately, the parliament crucified it!