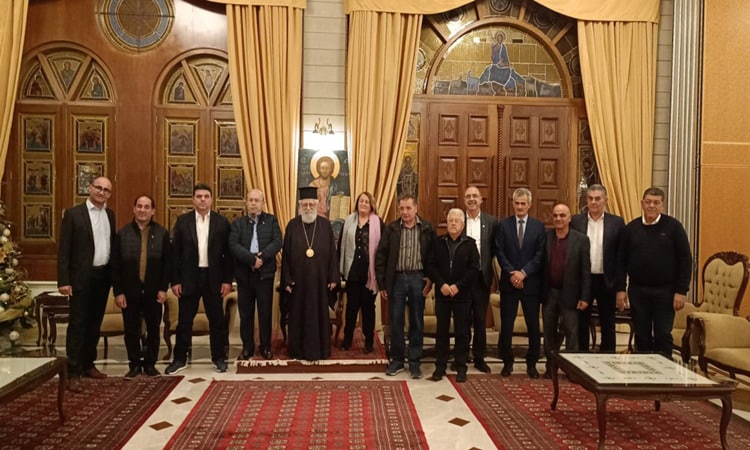 At Diocese of Constantia and Famagusta all the local rulers of the province of Famagusta met to express their support for Metropolitan Vasilios for the upcoming Archbishop elections.

The province of Famagusta fully supports Metropolitan Vasilios recognizing the love, pastoral and spiritual support, as well as the work of His Eminence Metropolitan of Constantia and Famagusta Mr. Vasilios for the people and the province of Famagusta. Elements that make him unique, both to those who experience him and walk with him in common struggles and to the great crowd of those who learn about the excellent hierarch, who contributes to ecclesiastical, social, national, pan-Orthodox and inter-Christian things.

For fifteen years, since 2007, when the Diocese was reconstituted and the Panierotatos was enthroned in his temporary seat in Paralimni, Metropolitan Vasilios has really stood by the people of Famagusta. He humbly bears the burden of spiritual continuity and preservation of the Greek Orthodox identity of a community of people with a presence of two thousand years. It leads as a spiritual beacon in every way, so that the communities of Famagusta remain alive and preserve their tradition, memories, roots and temples, which operate in our free province and which reopen, even with limitations, in the occupied metropolis region.

The Most Reverend, always a constant companion in the work of the Local Government, contributes with his efforts and work to the formation and maintenance of loving relations between the Church and the Local Government, which are concluded through actions aimed at the maximum benefit of all the Citizens.

The meeting was attended by:

As well as a number of municipal and community councillors.

Metropolitan Vassilios thanked all the local rulers from the bottom of his heart and wished "To smell Famagusta" soon in the free but also occupied territory of Famagusta.