ACHNA: What do locals say about the earthquake: "I ran to my family" (VIDEO) 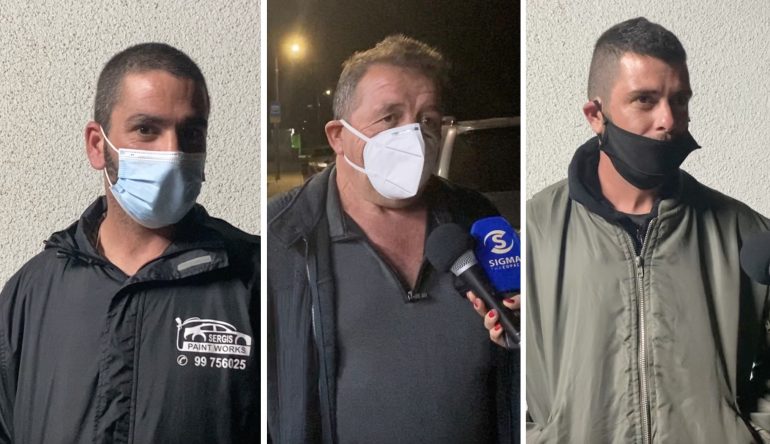 Residents of Achna described the moments they experienced during the strong seismic vibration in Famagusta.News. Two of the residents reported that they felt the strong earthquake and ran to their family. One of them even reported that a television fell to the ground.

For his part, the Mayor of Achna, Nikos Vassilas, stated that the residents left their homes in fear and that there was panic, but no significant damage was reported.

Watch the video with the statements recorded by Famagusta.News' camera:

It is reminded that the Department of Geological Survey of the Ministry of Agriculture, Rural Development and Environment, today Thursday at 16:27 was recorded by the seismological network of the Department a strong earthquake of magnitude M = 5.0 on the Richter scale.

According to the announcement, the earthquake had its epicenter near Dasaki Achnas, 18 kilometers northeast of Larnaca and a focal depth of 55 kilometers. The earthquake was felt throughout Cyprus due to its great focal depth. It was strongly felt in the epicenter area, in the province of Larnaca, Famagusta, Nicosia and Limassol, and slightly felt in the province of Paphos. It was also observed in Syria, Lebanon, Israel and Turkey.