ACHNAS FOREST: National Fire at British Bases for the "NO" in Omonia for the stadium 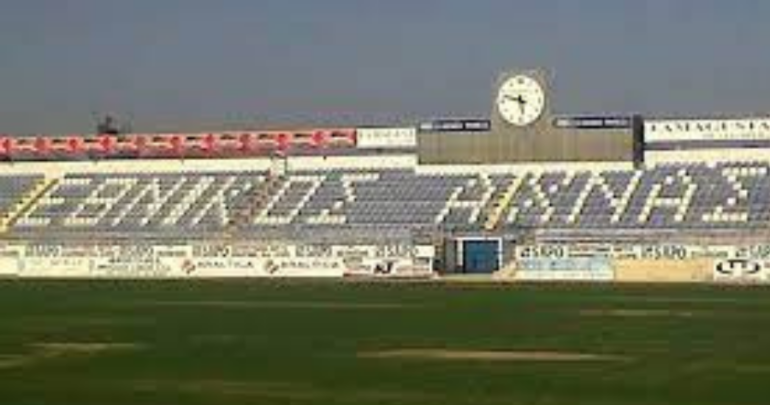 Ethnikos Achnas, through an announcement, wanted to comment on the events concerning the joint request it had made with Omonia for the use of the stadium in Dasaki, and specifically to the negative response received by the Nicosia team from the British bases.

"The Association would like to take a public position regarding the negative decision of the British Bases in the Joint Request of Ethnikos Achnas and Omonia Nicosia, for the use of the National Achnas Stadium by Omonia Nicosia in the matches of the domestic competitions.

We consider it our duty to inform, first of all, our community, which is the directly affected, as well as the friends of Omonia, but also the entire sports public, as well as all those involved.

On July 07, 2021, the President of Ethnikos Achnas handed over a letter to the political administration of the British Bases, informing him of Omonia's interest in playing at the National Stadium and the intention of our Association to cede the Stadium.

Also, on July 09, 2021, the President of the Association handed us a letter from the political commander of the Bases, on behalf of Omonia Nicosia, stating the intention to use the National Achnas Stadium as its headquarters for domestic events.

On 15/07/2021, the British Bases publicly announced the rejection of the request of the two Clubs, without any substantial documentation, without first informing the directly interested parties and without listening to the proposals, suggestions and positions of the two sports Clubs and the Community before making their decision. By doing so, the British Bases showed their bad intentions from the beginning and refused to cooperate.

The announcement of the British Bases caused great disappointment in both Associations, but also in the Community, especially for the way it was taken. Immediately after the publication of the announcement, the Association sent us a letter again to the British Bases requesting a private meeting, so that they could explain to us the reasons why our application was rejected, without first asking us to list the plan and positions. us.

A meeting was held on 20/07/2021, attended by the President of Ethnikos Achnas, the Vice President of Omonia Nicosia, the Mayor of Achnas Forest, the Assistant Police Director of the Bases and the Chief of Police of the Bases.

The meeting started with the representatives of the British Bases comparing the National Stadium with the GSP, with the British Bases concluding that they do not have the police force required to cover a match, as the Republic Police covers its matches. Omonia Nicosia held at the GSP.

At this meeting, the negative attitude of the Chief of Police of the Bases was clear, who was trying to convince the attendees that the GSP and the National Arena Stadium demand the same policing and this can not be done, since the police of the British Bases do not has the necessary staff.

The entire research of the British Bases was based on the GSP Stadium and not on the real conditions and needs of the National Arena Stadium. It should be mentioned here that the GSP has a capacity of 22800, while the stadium of Ethnikos Achnas has a capacity of 5510. In particular, taking into account the situation prevailing due to the pandemic and the decrees of the Minister of Health, for spectators at 75% of the capacity of each stadium, the National Achna Stadium could not accommodate more than 4132 people.

There was also a report from the British Bases on other issues which led to the negative answer, issues for which Ethnikos Achnas and Omonia Nicosia had a clear plan, which unfortunately we were never asked to list before the decision was made. At this meeting it was clear that the police did not take into account important criteria such as:
1. With the introduction of the fan card in the last 3 years, very individual cases of violence and hooliganism have been recorded throughout Cyprus.
2. 60% of the spectators in the games of Omonia Nicosia are women and children and the elderly. This is easily demonstrated by the Omonia archives, which no one was interested in requesting.
3. All tickets of Omonia Nicosia are now sold electronically, so there would be no crowds at the entrances and at the box office.
4. After the introduction of the VAR in Cypriot football, the prejudice has decreased dramatically as well as the disputes between the fans of the competing teams.

Finally, it should be mentioned that the British Bases decided that in case Omonia Nicosia played at the National Arena Stadium, all the games of Omonia Nicosia would be considered as high risk. This in itself is questionable, given the above points.

In addition, we mention that in a European match, which is always classified as high risk by the Police, in a stadium of similar size as the National Achnas Stadium, such as the AEK ARENA stadium, the Cypriot Police sends 45 police officers (including 3 firefighters , 3 crisis management officers etc.) and not 160 police officers, as the British Bases claimed that they are needed to police a match of Omonia Nicosia.

It is surprising that all these points were not taken into account in the investigation of the British Bases, which presented the games of Omonia Nicosia as dangerous gatherings where the presence of a huge police force is necessary.

All the above points were presented and analyzed in the meeting with the hope that the issue will be reconsidered in the light of the correct facts and criteria.

The same points, as well as the significant benefits for the Achna Forest community, were discussed again at a subsequent meeting between representatives of both groups and the community with Major General of the British Bases. A meeting in which we developed the upgrade plan, not only of the stadium, but also of the outdoor areas (eg parking lots) always with priority the safety of the spectators.

However, as it turned out in the end, the decision of the British Bases was predetermined and none of our plans and proposals were enough to reverse the decision. A decision that keeps our community and our Association captive to the appetites of a peculiar neo-colonial mentality, where National Achnas and our community will only develop to the extent permitted by British Bases.

The refusal of policing and consequently the substantial challenge to provide the required security in the areas under the colonial remnant of the British Bases is something that should concern the State.

Our Association reserves all its legal rights for the significant losses it suffers from the attitude of the British Bases. "