Tough announcement from the Community Council of Achnas to the National, mainly on its auxiliary fields. 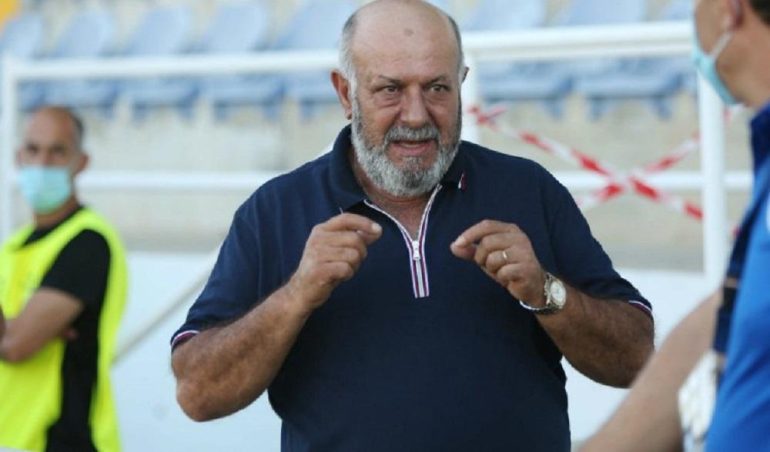 Tough announcement from the Community Council of Achnas to the National, mainly on its auxiliary fields.

The response of the Community Council in detail:

"The Community Council following the announcement of Ethnikos Achnas decided to respond publicly. The Community Council never blamed Ethnikos Achnas but only responded to Mr. Kiki Filippou when at the Pan-Community Rally he claimed that Ethnikos has a building permit in the specific area where seven plots were divided, that the permit is not in this area. Although the building permit is not only for fencing and water tank but also for locker rooms, first aid rooms, referees and cafeteria.

We assure you that it is not in the specific area of ​​the seven plots, ie north of the auxiliary fields but south of the fields and has nothing to do with the seven plots, although this space is leased to the National. We emphasize that the Community Council for opinions received a request from the District Administration only for fencing of auxiliary fields and a water tank. We ask Mr. Kiki Filippou who invited the people to pass through his offices whoever is interested in examining the documents to show along with the building permit and the topographic plans for where the specific buildings are located. To let people know who plays games! In fact, not sports!

The President of Ethnikos Achnas in Pankoinotiki did not suggest anything but only accused us that:

1) We have to go to jail for the construction of the tennis court because it was done for our personal interests, and that
2) From the 220 million given by the Government to the Province of Famagusta, we did not get anything.
3) For the building permit in the area of ​​the seven plots.
For the first two we answered that he did not know about the Community because they were both before 2017 during the time of the previous Council when Mr. Tsappis was the Common Leader. As for the third, we did not remember and said we would respond with a message as it happened.

As for who goes uninvited when a distinguished guest comes, Mr. Filippou knows very well, in fact, one of the Common Leader's guests insulted him and forced him to delete the photos he was taking from his mobile phone. The Community Council was never convened and did not go uninvited even once. On the other hand, Mr. Kiki, whenever you smell something like this, you are magically present there, in fact, the last time about two months ago, the one who accompanied you opposed one of our distinguished guests and shouted in public, you are all useless in the restaurant "GALINI".

The futsal court belongs to the Community and we give it to Ethnikos Achnas without collecting even the standard rent, so it is your obligation to maintain it.

If the President and the Members of the Community Council are fighting the National Achnas, we have proved it in practice not only with the support of the Council but also with the thousands of euros that we managed to secure for the National. Mr. Kikis Filippou forgot the support we gave recently for Omonia's request to have Dasaki Achnas as its headquarters, although we had no information, we heard it from the Media. He forgot that he was with the Common Leader when the Common Leader spoke to the President of the Republic about this issue.

The people of the Community know whether the Mayor or the Community Council is sowing discord or causing tensions. You, Mr. Filippou, forbade the young children of the football team of the POKNA Youth Center to use the auxiliary field even though they paid the National € 600 per month from the first Sunday that the New Community Council was elected, on the pretext that the fields were not enough. resulting in the dissolution of this group. If the youth supported the Common Leader that you supported, the specific group would not be dissolved. If you remember, we asked you together with the President of POKNA Mr. Andreas Pogiatzis three or four times to allow them to play in the auxiliary field as before but you refused.

You accuse us that in our statements we blamed the National for the spread of the coronavirus throughout the world. If you remember, we called on the people to implement the measures because some people refused to obey the announcements of the Ministry of Health, we never mentioned the word National on this issue. There are files in the Media. For the crocodile park, when it became Pankoinotiki for the information of the inhabitants, you took a positive position, Mr. Filippou. Why are you now digging into two irrelevant forgotten topics? Do you expect controversy and discord?

The President and the Members of the Community Council have embraced and will embrace the idea of ​​"National Achnas" and will continue to work for the well-meaning interest of the group even if some people want to spread the opposite. NATIONAL ACHNAS DOES NOT BELONG TO ANYONE, BELONGS TO ACHNA.

The New Community Council not only did more work than ever before despite tax cuts but also managed to double the Community's money so that it could continue the progress of our Community.

The Achna Community Council will not deal with this kind of gossip again because we really do not have the same level with you, Mr. Filippou. If some people want to prove that we are available for public debate without even threatening legal rights for something that will be said and substantiated. We are ready to sign an agreement document for this ".