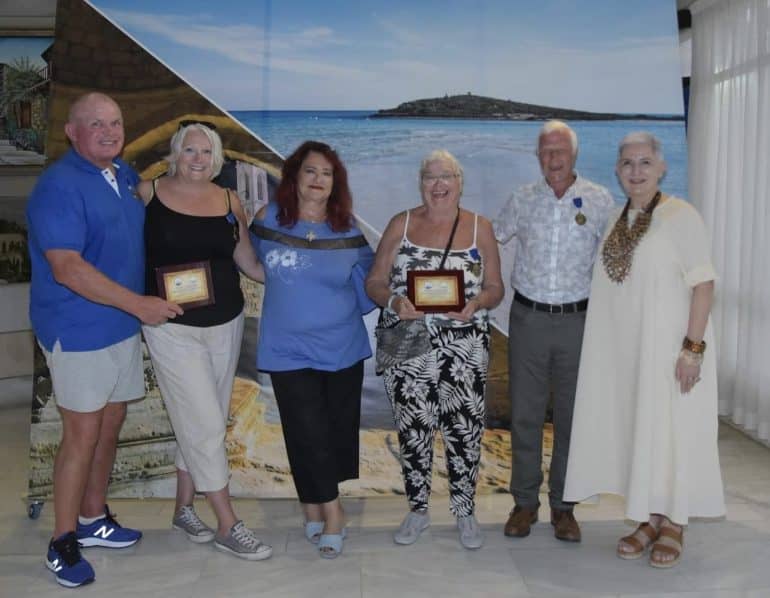 Another British family has been added to the long list of tourists who have been honored with a commemorative plaque and the emblem of the "Ambassador of Tourism" of Ayia Napa.

The reason for John and Margaret Fowler and John and Deborah Dance who made 25 and 35 visits respectively. The commemorative plaques and the emblem of the "Ambassador of Tourism" were awarded in a modest ceremony that took place on Thursday, September 29, on behalf of the Mayor, Mr. Christos Zannettos, by the Cultural Officer of the Municipality, Mrs. Maria Tofini Tsantila.

Mrs. Tofini, after thanking them for their repeated visits, also noted that all these visits prove how much they love Ayia Napa which they are promoting in this practical way in their countries. Addressing the parents, she said that you passed on this love for the city to your daughter, and for that we thank you doubly.
For us, he added, you are now considered citizens of Ayia Napa and not just visitors. 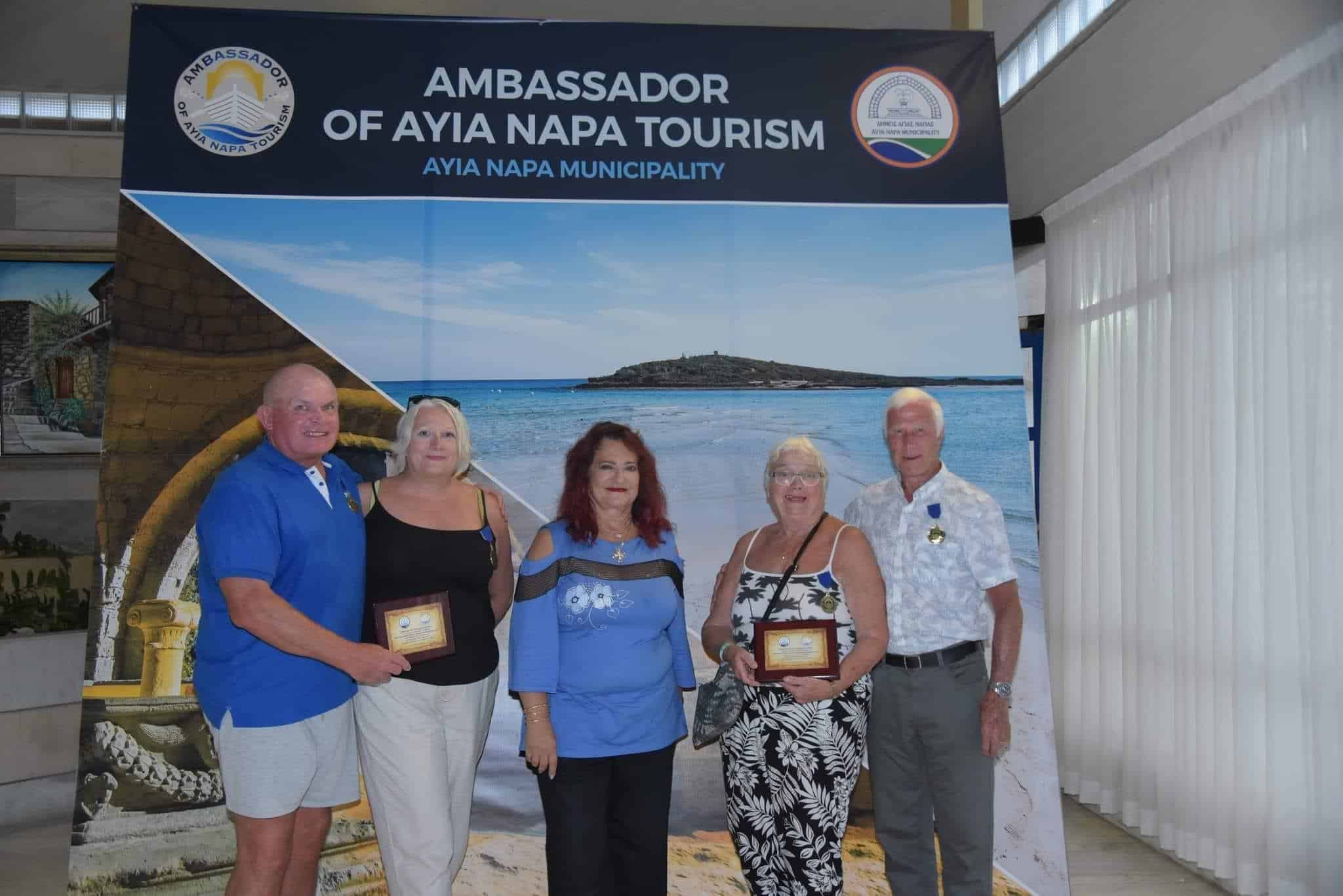 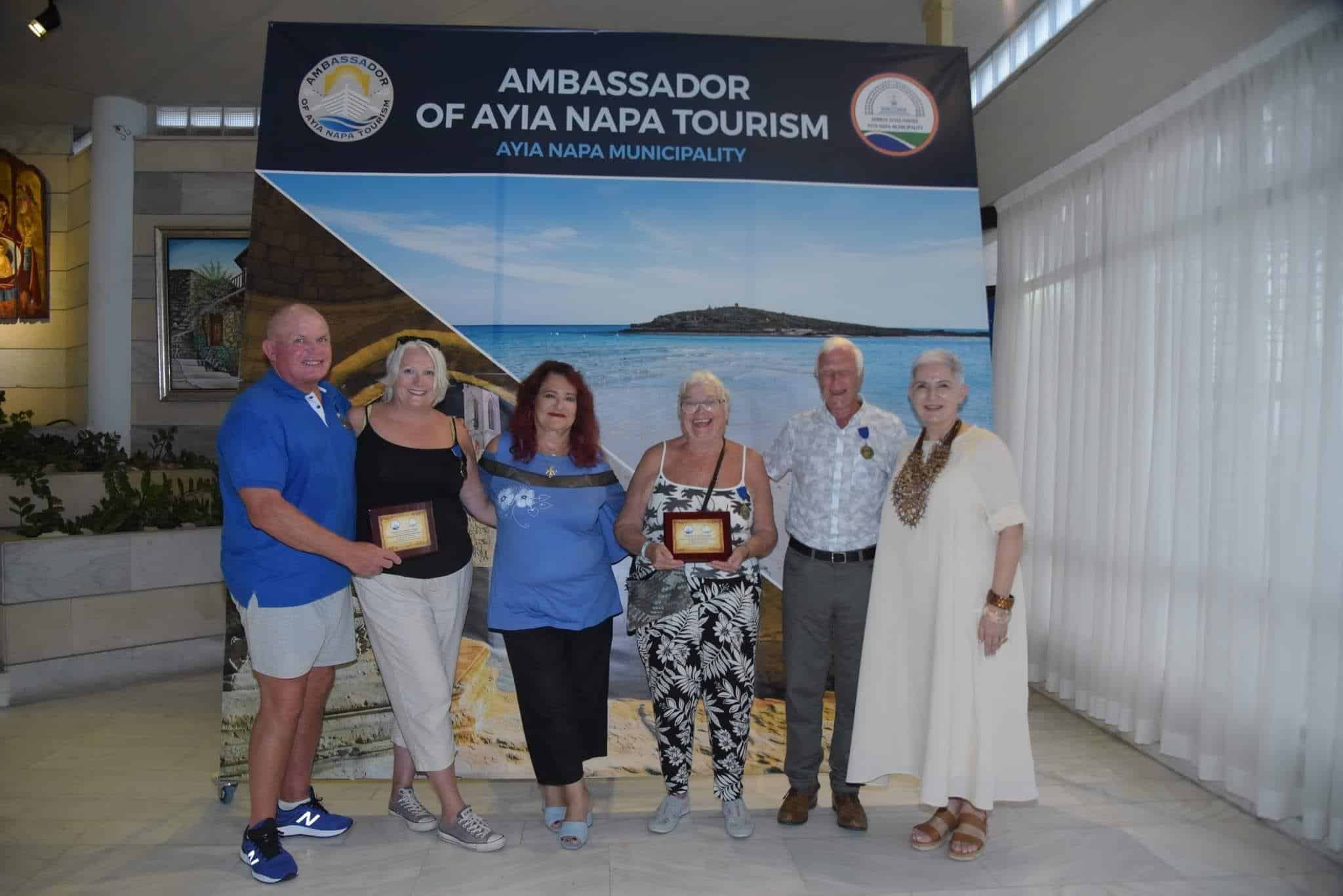 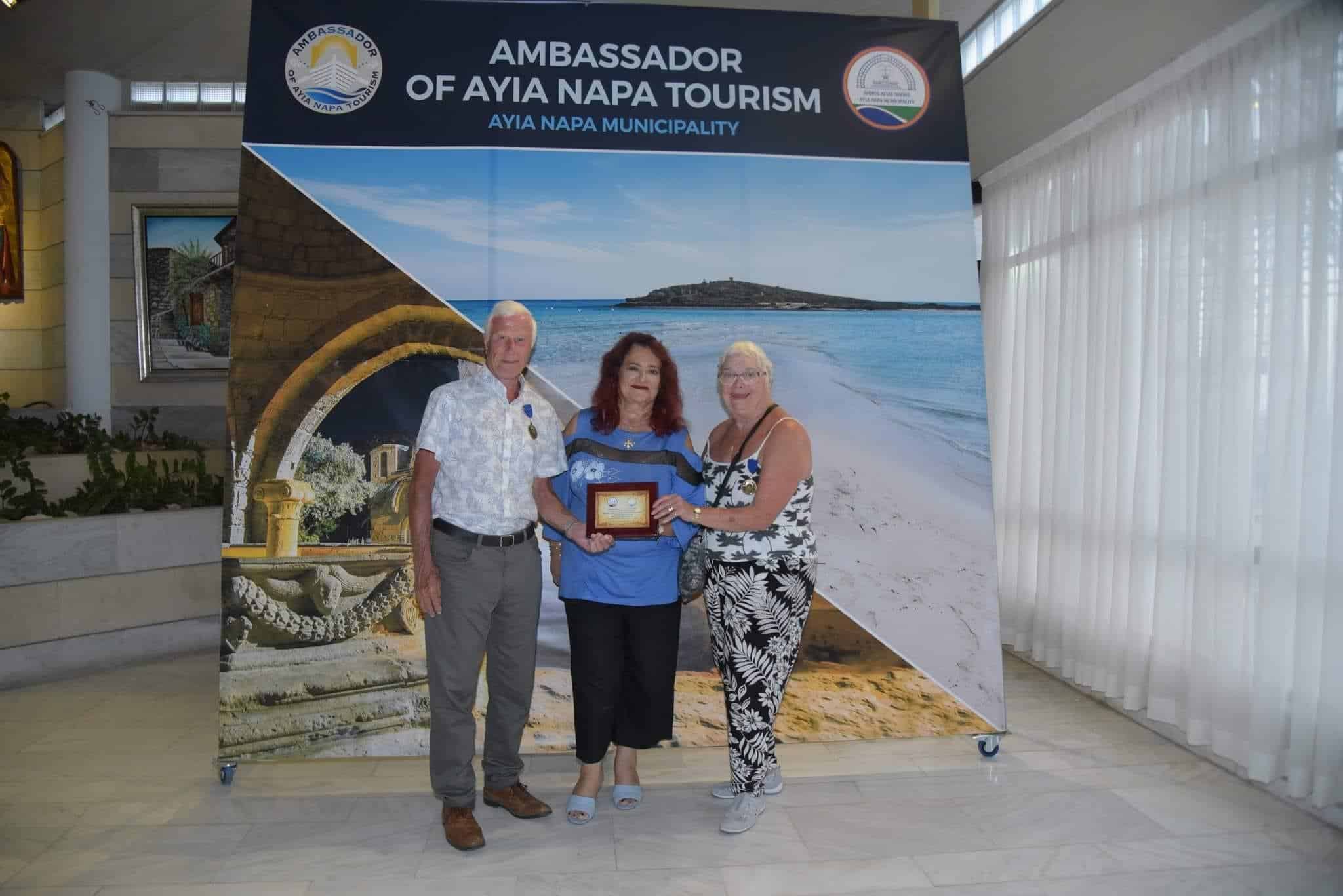 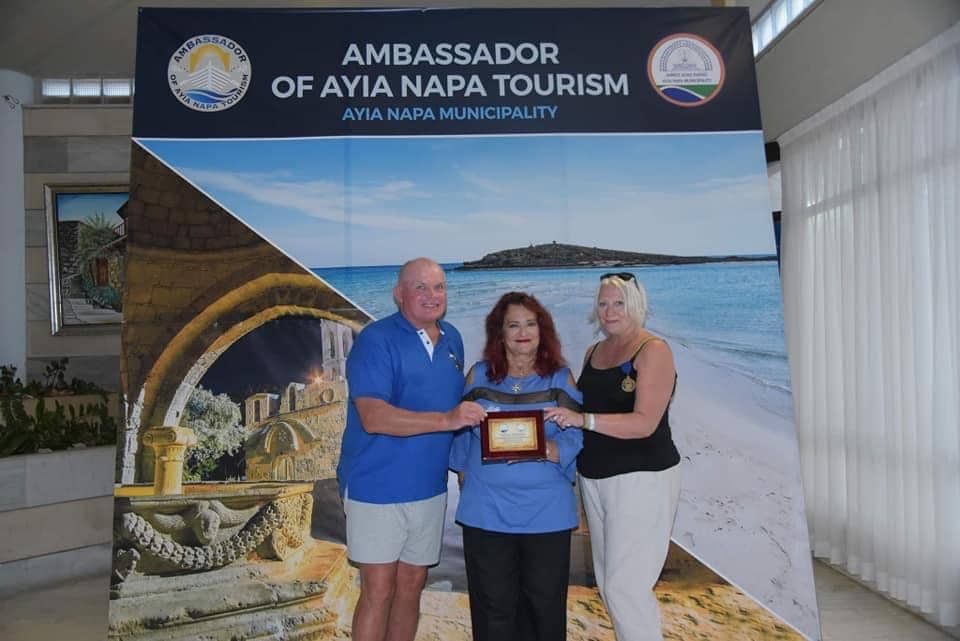