The Municipality of Famagusta honored with its presence and with the laying of a wreath, the hero Lieutenant of the 33rd Squadron Georgios Nikolaou Melifronidis 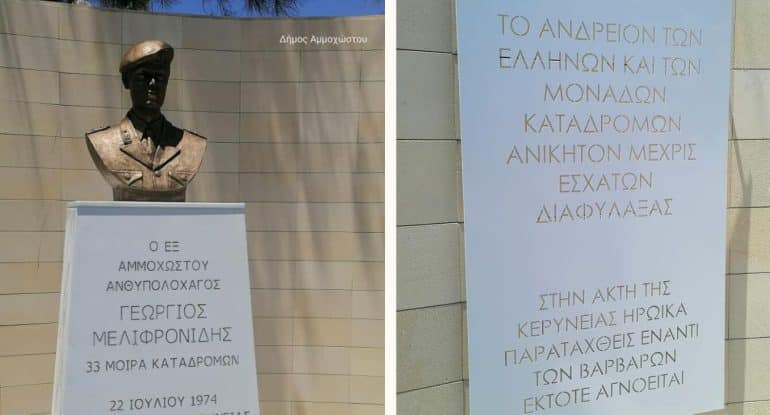 The Municipality of Famagusta honored with its presence and with the laying of a wreath, the hero Lieutenant of the 33rd Squadron Georgios Nikolaou Melifronidis from Famagusta, at the unveiling of his bust that took place this morning in Engomi, Nicosia.

Lieutenant of the 33rd Squadron George Melifronidis was born in Orounta, Nicosia province, on May 7, 1955. His parents, Nikolaos and Maria Melifronidou. The family moved to Famagusta in the summer of 1958, where they remained until August 1974.

George attended the Primary School of Agia Aikaterini and then the Technical School of Famagusta. As a teenager, he was intensively involved in sports in its wider dimension. On the track, as a footballer in the Anorthosis team and a volleyball player during his military service at the Lapithos Sports Club.

In July 1973 he enlisted in the Recruit Training Center in Karaolo. He was selected to serve as a commando. As a result, he was immediately transferred to the Training Unit of the Expeditionary Units, which was specially established that year in Tympou, where the headquarters of the 31st Expeditionary Squadron were located.

After a series of trainings in Greece and Cyprus, he was awarded the rank of lieutenant.

As an officer of the 31st Impact Battalion of the 33rd Squadron, Lieutenant George Melifronidis led part of his unit during the successful night attack on Agios Hilarion on Saturday, July 20, 1974, in which the Commander of the Squadron, Major General Maj. and six hoplites.

An unequal battle ensued against Turkish tanks and crawlers. The commandos fought with bravery and unparalleled heroism. At the altar of duty and as a result of this titanic battle of the 33rd Squadron, sixty-nine in total Officers, NCOs and hoplites fell or are missing. Among them is one of the protagonists, the Lieutenant Commander of Famagusta, Melifronidis George of Nikolaos.

(Excerpts from an article by Makis Economidis were used) 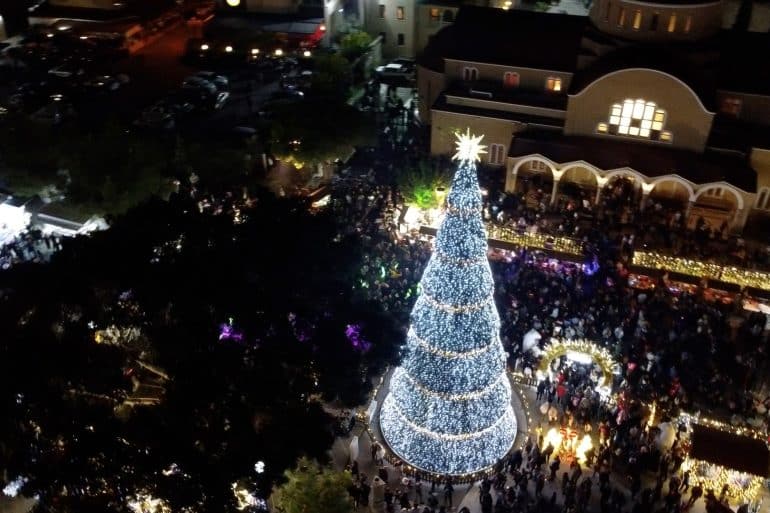