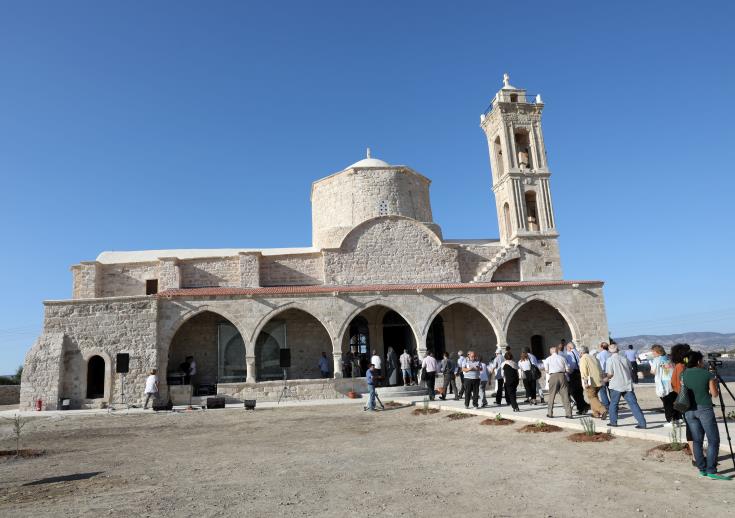 A church service will be held on June 2 at the church of the Archangel Michael in the occupied Lefkonikos and on the two days 10 - 11 of the month at the Holy Monastery of the Apostle Barnabas in Salamis.

A written statement from the Holy Diocese of Constantia - Famagusta states that "on Saturday, June 2, 2018, a church service will be held from 7:30 to 10:30 in the morning in the renovated church of the Archangel Michael the White House, for the first time since 1974. ».

According to the announcement, "after the Divine Liturgy, around one o'clock in the afternoon of the same day, a banquet will follow in the center" Kosmiri "in Aradippou".

For more information, interested parties can contact the Mayor Zina Lyssandrou - Panagidi at 99694347 or at the temporary City Hall of Lefkonikos at 22462951.

In addition, an announcement by the Diocese of Constantia and Famagusta states that "during this year's celebration at the Holy Monastery of the Apostle Barnabas in occupied Salamis, an evening and Divine Liturgy will be celebrated. There will be free buses from the free province of Famagusta to transport those believers who wish to go to the occupied Monastery ".

Specifically, “the bus will depart from Agiou Georgiou Square in Paralimni at 17:45 on the afternoon of Sunday, June 10, with stops in the Church of Panagia in Deryneia, in the Bakery of Thimonia in Frenaros and in the Supermarket of Litsa in Vrysoules. The same route will be repeated at 07.00 on the morning of Monday, June 11, 2018 ".

Those who are interested in going to the occupied Monastery of Apostle Barnabas, “are invited to report it to the Holy Diocese of Constantia and Famagusta until Wednesday, June 6, 2018 at 23812444 (0) daily from 09:00 in the morning until 13.00 at noon. Those interested should state when they wish to go to the Monastery (Vespers or Divine Liturgy) and their boarding point on the bus ".

It is necessary for pilgrims "to have with them a new plastic European identity card or their passport, which has not expired, while it is preferable to use the identity card".