District Famagusta: "We have information about the opening of an area in Ag. Memnon"

According to the Minister of Foreign Affairs, the occupying authorities intend to open a new part of occupied Famagusta 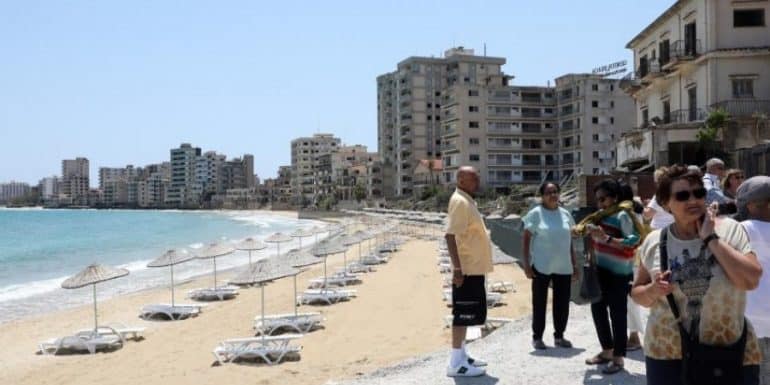 According to the Minister of Foreign Affairs, the occupying authorities intend to open a new part of occupied Famagusta. Ioannis Kasoulidis spoke on RIK and on the show Proklyuts.

The Minister of Foreign Affairs, Ioannis Kasoulidis, stated that according to information from the government, the occupying authorities intend to proceed with the opening of a new part of the occupied Famagusta and specifically referred to the area of ​​Agios Memnon.

Asked about Ersin Tatar's statement about the opening of public buildings in occupied Famagusta, he confirmed that this is what the information reaching the government says.