Occupied Famagusta: Ceremony of handing over generators from Turkey

The two generators from Turkey arrived in the occupied territories 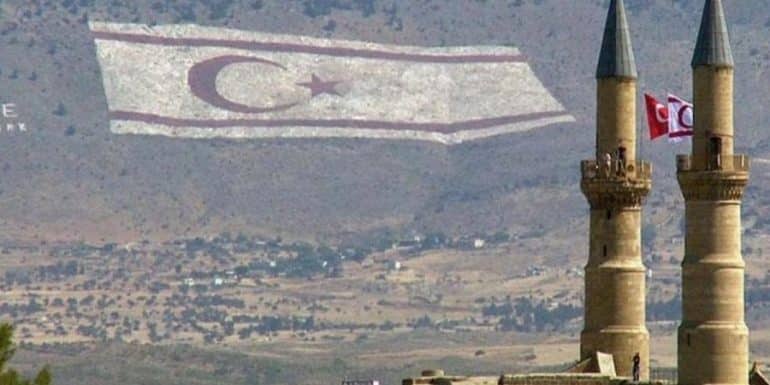 The two 25-megawatt generators donated by Turkey to the pseudo-state for power generation arrived in the occupied territories this morning, and the "prime minister", "Unal Ustel", the "finance minister", Sunat Atun and the "deputy" were found for the handover ceremony in the port of Famagusta. "Prime Minister" and "Minister of Tourism", Fikri Ataoglou.

According to reports in the occupied territories, Mr. Ustel stated that the generators will start working within 10 days. They all thanked the Turkish President and the Vice President for the donation.

And while the "electricity authority" announcements continue daily about power outages in various areas - today in Lefka - Unal Ustel called on the world to use electricity carefully, noting that the price of fuel has risen and that is why the cost of energy production.

Insufficient production, difficulties in fuel supply and the financial problems of the "electricity authority" are the three biggest energy problems in the occupied territories, said Sunat Atoun. He added that the debt of the "authority" that reaches 2 billion TL began to be paid.

Speaking yesterday in the "parliament", Mr. Atoun said that the "electricity authority" is now an unsustainable institution. Meanwhile, the "parliament" approved yesterday by a majority that the debt of the "authority" to the private electricity generation company AKSA be considered "state" debt and be repaid by the "government".

Reacting to this, the president of the "sen" workers' union, EL Sen, Kublai Ozkirac, said that it was now official that the "finance minister" was acting as a representative of AKSA and not as the "minister" of the "country". Having been appointed head of the "ministry" to which the "authority" belongs, many times - said the trade unionist for Mr. Atoun - he again behaves "ridiculously in the eyes of the people". He criticized him for wanting to bankrupt the "electricity authority" and give "peskesi" to individuals, but "in this business of Atoun we will not leave him a way out".