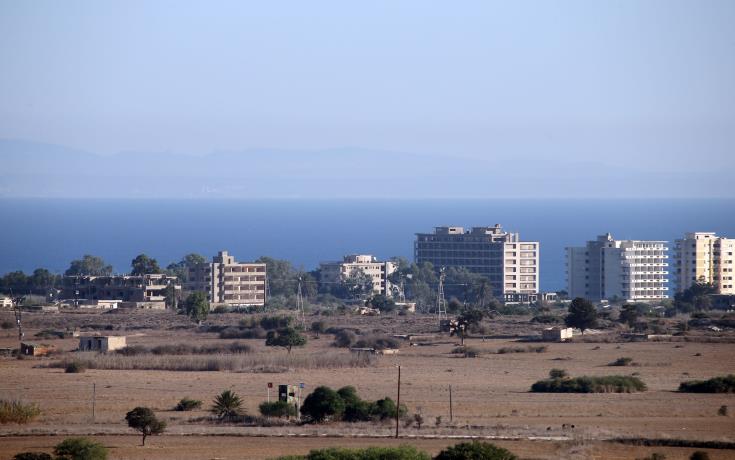 The UN Security Council reaffirmed resolutions 550 and 789 on Famagusta on Wednesday (9/10).

The decision to reaffirm the relevant resolutions was taken following a request submitted on October 1st by the Permanent Representative of the Republic of Cyprus to the UN, Andreas Mavrogiannis.

The diplomatic move of Nicosia, to request and obtain reaffirmation of 550 and 789 from the Security Council, came in the shadow of the Turkish plans for illegal opening and settlement of the enclosed city of Famagusta.

Resolution 550 was adopted by the Security Council on 11 May 1984 and states:

Having studied the situation in Cyprus, at the request of the Government of the Republic of Cyprus,

After hearing the statement of the President of the Republic of Cyprus,

Expressing its deep regret at the non-implementation of its resolutions, and in particular Resolution 541 (1983),

Seriously concerned about the further separatist actions in the occupied part of the Republic of Cyprus, which violate Resolution 541 (1983), ie the alleged exchange of ambassadors between Turkey and the legally invalid "Turkish Republic of Northern Cyprus" and the "constitutional" "referendum" and "elections", as well as due to other actions or threats for actions aimed at further consolidation of the supposedly independent state and the division of Cyprus,

Deeply concerned by recent threats to settle Varosia by individuals other than their inhabitants,

Reaffirming its continued support for the United Nations Peacekeeping Force in Cyprus,

1. Reaffirms its resolution 541 (1983) and calls for its urgent and effective implementation.

2. Condemns all separatist actions, including the alleged exchange of ambassadors between Turkey and the Turkish Cypriot leadership, declares them illegal and invalid and calls for their immediate revocation.

3. Reiterates its call on all states not to recognize the alleged state of the "Turkish Republic of Northern Cyprus" established by separatist actions and calls on them not to facilitate or in any way assist the aforementioned separatist entity.

4. Calls on all states to respect the sovereignty, independence, territorial integrity, unity and non-alignment of the Republic of Cyprus.

5. Considers the attempts to colonize any part of Varosia by individuals other than its inhabitants to be unacceptable and calls for the transfer of that area to the United Nations.

6. Considers any attempt to intervene in the regime or the deployment of the United Nations Peacekeeping Force in Cyprus to be contrary to United Nations resolutions.

7. Calls on the Secretary-General to promote the urgent implementation of Security Council Resolution 541 (1983).

8. Reaffirms its mandate of good service to the Secretary-General and calls on him to make further efforts to find a comprehensive solution to the Cyprus problem in accordance with the principles of the United Nations Charter and the provisions for such a settlement set out in the relevant United Nations resolutions; including Security Council Resolution 541 (1983) and this resolution.

9. Calls on all parties to cooperate with the Secretary-General in sending good services.

10. Decides to continue to monitor closely the situation with a view to taking, in the event of non-implementation of Resolution 541 (1983) and this Resolution, urgent and appropriate measures.

11. Calls on the Secretary-General to promote the implementation of this resolution and to submit a report to the Security Council as appropriate.

Adopted in the 2539 session with 13 votes in favor, one against and one abstention (United States)

Resolution 789 was adopted by the Security Council on 25 November 1992 and notes:

Noting with satisfaction that the two leaders discussed all the issues of the package, with the result that there are points of agreement, as noted in the report,

Welcoming the agreement of the two sides to meet again with the Secretary-General in early March 1993 to complete work on an agreed set of ideas,

2. Approves the report of the Secretary-General and endorses his efforts.

3. Reaffirms the adoption of the package of ideas, including territorial adjustments, as set out in the Charter annexed to the Secretary-General's report of 21 August 1992 (S / 244720, as the basis for reaching a comprehensive framework agreement).

4. Reaffirms its position that the current status quo is unacceptable, and that a comprehensive agreement on the line of ideas should be reached without further delay.

5. Notes that the recent joint meetings have not achieved the desired goal, in particular because some positions adopted by the Turkish Cypriot side have fundamentally deviated from the set of ideas.

6. Calls on the Turkish Cypriot side to adopt positions consistent with the package of ideas on those issues set out by the Secretary-General in his report, and that all interested parties be prepared to take decisions in the next round of talks that will soon lead to agreement.

7. Recognizes that the completion of the procedure in March 1993 would make it easier for all parties to implement measures to promote mutual trust.

8. Urges all interested parties to commit themselves to implementing the following confidence-building measures:

(b) military authorities on each side to work with the United Nations Peacekeeping Force to extend the 1989 Non-Manning Agreement to all areas of the United Nations-controlled dead zone where the two sides are located very close to to each other,

(c) with a view to implementing Resolution 550 (1984) extending the area currently under the control of the United Nations Peacekeeping Force to include Barrosia;

(d) each side to take active measures to promote contact between people of the two communities, reducing restrictions on the movement of persons beyond the dead zone;

(f) each side proposes bi-communal plans for possible financing either through loans or donations from governments and international organizations;

(g) both sides to commit to conducting a census throughout Cyprus under the auspices of the United Nations, and

(h) both sides to work together to enable the United Nations to undertake, in the areas concerned, feasibility studies (j) in relation to the rehabilitation of persons affected by territorial adjustments as part of the overall agreement; and ( ii) in relation to the economic development program, which as part of the overall agreement will be to the benefit of those resettled in the Turkish Cypriot-administered area.

9. Calls on the Secretary-General to monitor the implementation of the above confidence-building measures and to inform the Security Council when necessary.

10. Calls on the Secretary-General to maintain the preparatory contacts which he considers necessary before the resumption of the March 1993 joint meetings, and to suggest to the Security Council revisions to the conduct of the negotiations in order to make them more effective.

11. Invites the Secretary-General to assess developments during the March 1993 Joint Meetings on a regular basis with the Council with a view to examining further action that may need to be taken by the Council.

12. Calls on the Secretary-General to submit a full report following the conclusion of the joint meetings to be resumed in March 1993;

Adopted at the 3140th session
Α