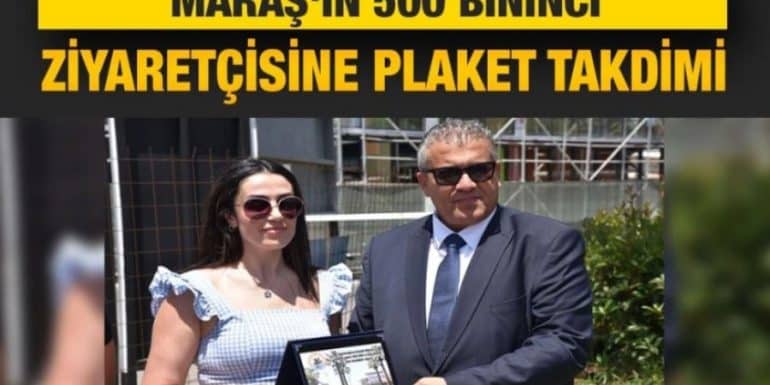 The so-called "mayor" of Famagusta, Ismail Arter, gave an honorary plaque to the visitor number 500.000 in Varosi.

According to the Cyprus Post, visitors to the fenced area of ​​Famagusta have arrived since October 2020 when it opened, half a million in the 600 days it is open. Posting relevant photos from the snapshot inside Varos, the article states that the plaque was given to Sevgi Isik around 13.30 yesterday at noon. Accompanied by a bouquet of flowers.

Mr. Arter wished the opening of Varosi to benefit the negotiations on the Cyprus issue. The young Sevgi Isik stated that this is the second time she is visiting Varosi and that the opening of this area "is good".