Outside the Parliament building, representatives of the municipalities and communities of the free Famagusta gathered - "If the problem is the chair, let's share it" 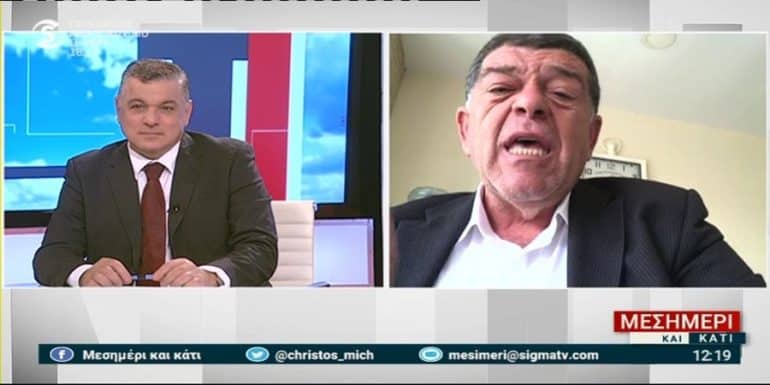 Outside the Parliament building, on Tuesday afternoon (7/12), representatives of the municipalities and communities of the free Famagusta gathered, expressing their demand that the House of Representatives proceed with the settlement of the pending decision concerning the decision to determine the head of the coordinating council for the reform of the Local Self-Government (L.A.) in the province of Famagusta, as provided by the legislation passed last March.

Speaking to Mesimeri and Kati, the mayor of Paralimni, Theodoros Pyrillis, said that "our request is for the temporary coordinating council to function, in order to prepare the organization. We could find them among ourselves but since we don't, it will have to be done like in the other provinces where the Parliament has intervened".

For his part, the member of the Parliament's Interior Committee, Nikos Sykas, said that "based on the legislation, the temporary coordinating council will be temporarily led by the metropolitan municipality, which in Famagusta is Famagusta. This is how this practical matter was created. In general, Famagusta is the most noisy province. A topic was created that should not have been created since it is only for 16 months. I proposed that he be the mayor of Paralimni for six months and the mayor of Agia Napa for six months."

Mr. Pyrillis explained that big interests are hidden behind this small issue, referring to an attempt to challenge the administrative center by the Municipality of Agia Napa. At the same time, he declared his readiness to accept any decision, as long as it is within the framework of the legislation.

When he mentioned DISY, Mr. Sykas reacted strongly and tension was created in the studio. He wondered why both Pyrillis and the Municipality of Ayia Napa do not accept the proposal to divide the 16 months and discuss the proportionality part there. He concluded by stating that "if the chair is the problem, let's share it."

The mayor of Paralimni then said that the problem is not the chair, drawing parallels with the Cypriot one. "Would you accept being asked for half of your house and give it away?" Seal that the challenge of the Mayor of Ayia Napa is not accepted."