AVGOROU: Marios Makris is silver in the discus throw at the World Gymnasium 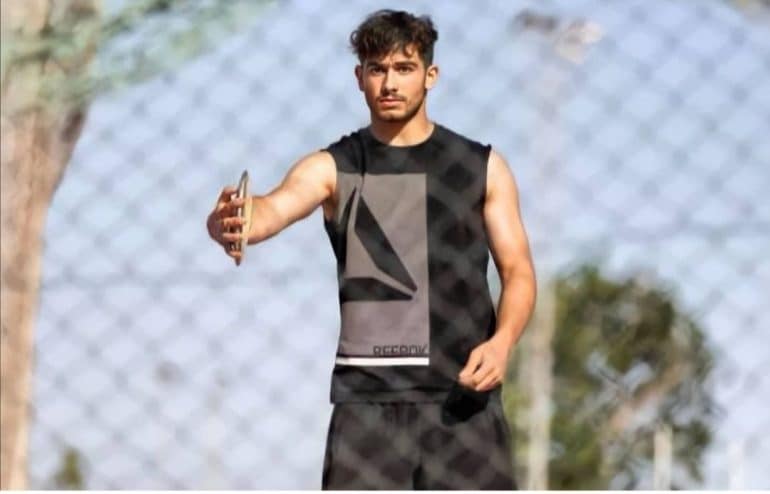 Marios Makris from the Community of Avgoros is silver, in the discus throw at the World Gymnasium!

The track and field continues to hold high the flag of Cyprus in international multi-sport events. At the premiere of the 19th World High School, on Monday, May 16, 2022, the Cypriot student sport celebrated its first three medals, all in athletics, one gold and two silver. The beginning was made early in the morning by the world's top hammer throwers, in the under-18 category, 16-year-olds Valentina Savva and Emilia Kolokotroni, leaving in third place their peer and great opponent, since they are very close to the performance, the Hungarian Vigo Vizkeleti . The three of them are the first names in hammering in the world…

In the afternoon at the boys discus, Marios Makris added the second silver medal to the Cypriot harvest, having a consistently good presence, despite the fact that in the middle of the race, a storm broke out for about half an hour! The athlete of Pieros Tsisios maintained the second position from his second attempt and stayed in it until the end, with his best shot in the last (4th) at 55,78m. From the first shot, the Greek Angelos Matzouranis had sealed the first place in the race and in the third he threw his best at 58,72m.

It should be noted that the discus throw in the high school student games is carried out with a disc weighing 1,5 kg, despite the fact that some children have reached the age when they should use the teenage one, that of 1,750 grams.

GYMNASIADA 2022 - THE RESULTS OF DAY DAY