Avgorou/Christos Televantou: From chemical laboratories on stage with... jazz and musicals

Christos talks to FamagustaNews and Andri Florentzou about his multi-faceted personality and his diverse interests. 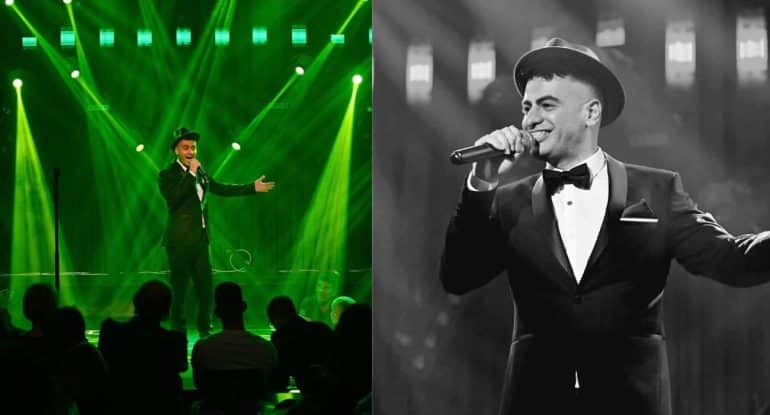 Christos Televantou is a 28-year-old from Avgorou who undoubtedly has an artistic streak!

He spread his wings in recent years after completing his studies in Biochemistry-Biotechnology and started a new chapter in his life. Christos works as a Laboratory Operator in Chemistry, while at the same time he studies Music Performance specializing in Jazz and is also active in Musicals.

Christ speaks to FamagustaNews and Andri Florentzou for his multifaceted personality and for his diversely oriented interests.

From biochemistry and biotechnologies, we see him in something completely different, such as music and theater, with him expressing his belief that "a person could represent many objects and deal with them, however different they may be from each other. It all depends on the person.”

While he goes on to say that "that's why I've been combining Biochemistry-Biotechnology studies with Music and Theater at the same time. More specifically, to be honest, it sounds counterintuitive at first but apparently you can't go against your nature, so she counterattacked and I just felt the need to follow my instincts , my innate inclination and so I finally wanted to start university music studies to feel more fulfilled, more complete in what I love!" 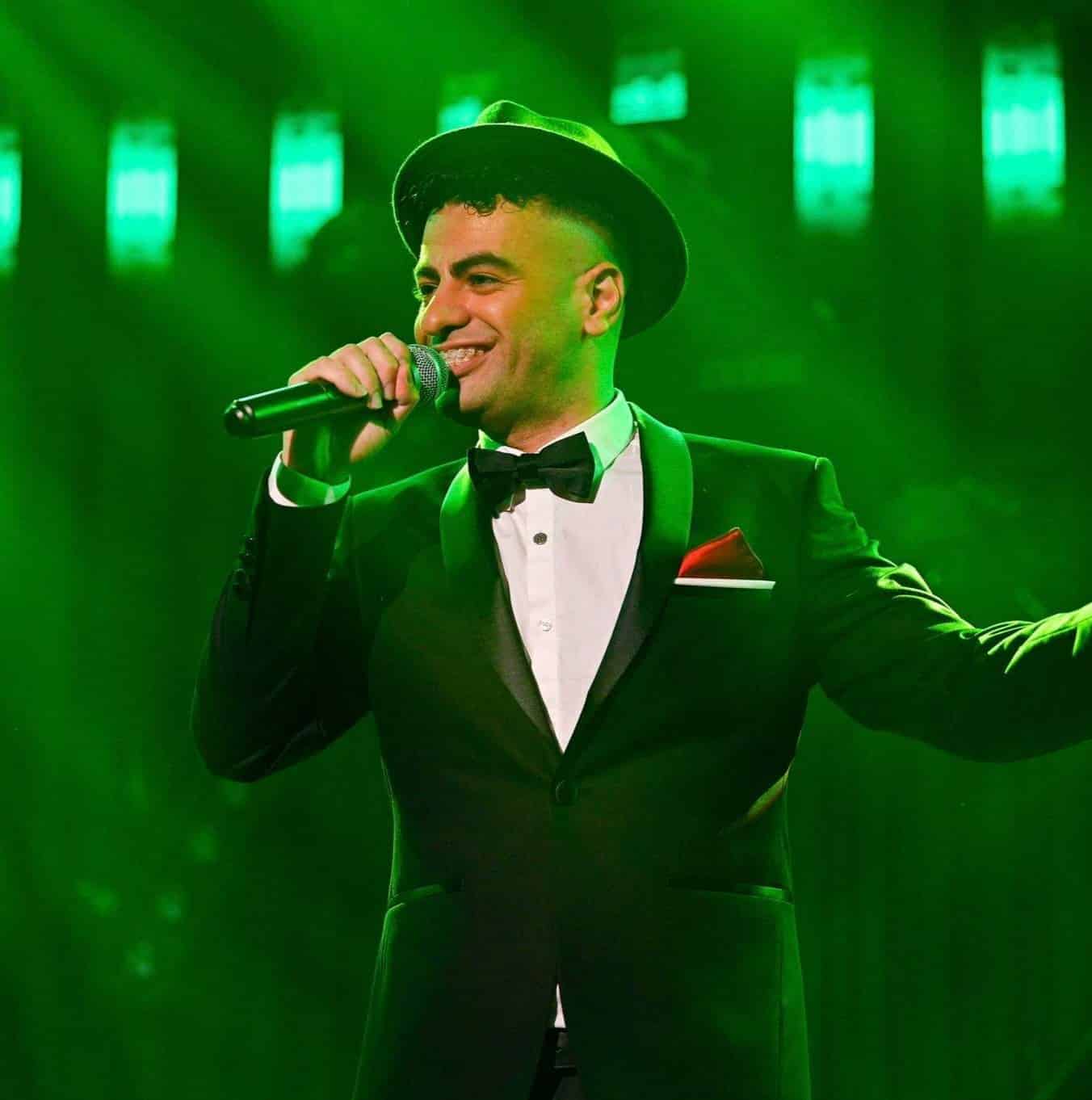 The 28-year-old Christos remembers himself from a very young age, a toddler, singing somewhere isolated. The discovery of mobile phone recording was a gift for him! In his childhood neighborhood, singing contests and impersonations had their due. Loyal viewer of music awards shows. His performance at school is excellent. His family and school environment encouraged him to follow the subject with the most professional prospects, even considering the Music and Theater courses secondary to occupation and study.

“It was considered unthinkable and somewhat derogatory for an excellent student to pursue something artistic, something that would not ensure professional rehabilitation or favor the provision of a sustainable income as it was and is more or less considered to this day. The "microbe", however, was not expelled since when I went to study Biochemistry & Biotechnology in Greece and started to become independent, I was voluntarily looking for a singing teacher without necessarily knowing my potential yet. I could reasonably admit that my first vocal teacher, Maria Rouka, was and is a milestone, a driving force in my entire course on a student and personal level. I recognized my artistic inclination, I just started to realize in the practice of our lessons that this is what I wanted to do and that I was born for it. Along the way, we did a lot of concerts and I started networking by being involved in various theater groups as well."

He has been involved in music and theater for 8 years now. While in this period he mainly deals with jazz, musical followed by blues, pop and classical.

The greatest challenge in the genre of Jazz, he considers, "is to explore, to discover your unique sound, your identity through the various improvisations it allows you. Of course, in order to achieve this, it requires you to listen to various jazz singers of the era that started and who have stigmatized this genre as well as to be inspired if you want, to get those elements (such as vocal technique, style, expression) that you feel suit you by crossing with your own uniqueness as a voice and personality. Having this freedom of improvisation, I feel comfortable to accurately externalize the various nuances of whatever emotions I feel in my given personal moment.”

The greatest challenge in the musical genre, he considers "what it is like to combine singing, theatricality and dancing at the same time. For me it is the space of the spectacle on stage. It requires a lot of work, discipline and constant practice. In addition, I particularly love to embody, impersonate a certain role, character that is asked of me, which activates me in addition to searching deep within my soul for my personal truth, exploring in depth the character of the role and sometimes if I don't identify so much with "creasing", thus rendering the desired effect to the maximum extent possible. The Musical allows me to discover different sides of myself, which is why I feel it completes me as a human being in addition to an artist.” 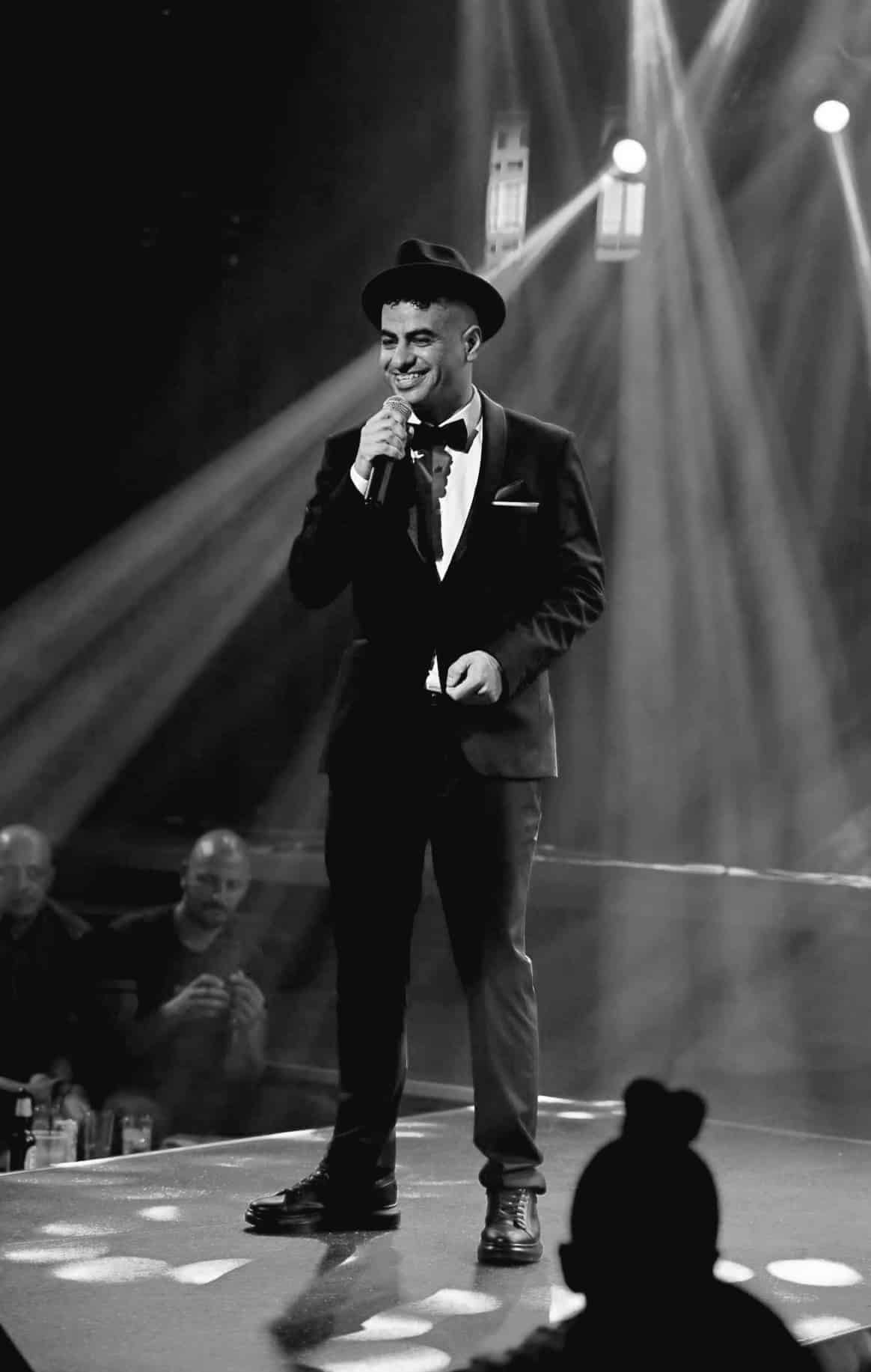 Christos, among his many performances, had the opportunity to play Don Quixote and as he says... it was his favorite role, revealing to us the reasons.

"My favorite role that I have played is that of Don Quixote of Mancha. A lord who suddenly decides to become a knight and appoints his neighbor Sancho Pancha as his knight. Together they get involved in a lot of adventures fighting every form of injustice that was happening in the world.

I realized that we all hide a Don Quixote and a Sancho Panza, i.e. a mismatched and inseparable couple. On the one hand, imagination, emotion and on the other, logic. Therefore, the story of Don Quixote inspires me to search within myself to discover Don Quixote, but without neglecting Sancho who represents purity of mind, it motivates me to look at reality more clearly and thus begin the journey to achieve my personal goals!” 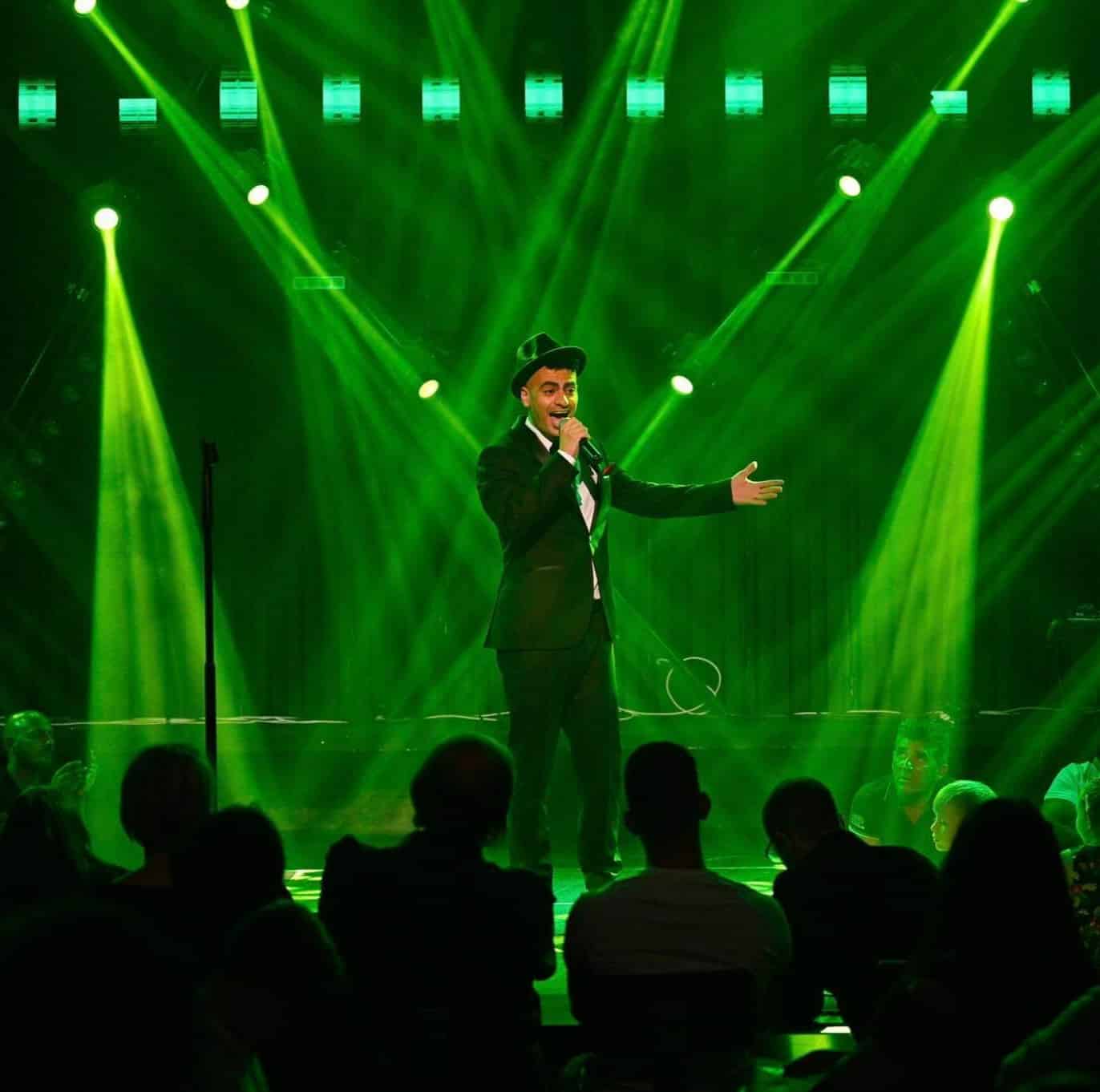 For a year and a half, Christos has been attending online singing seminars with George Theofanous, which he describes as a special experience for his development.

"I had the pleasure, the honor of him listening to me for the first time even online since the circumstances were such that we were not allowed to do so in person. I have received very positive, supportive comments from him about the quality of my voice, my interpretation, my emotion, my performance telling me from the first moment that I have a guts on stage! Throughout the course of the Masterclasses he encourages me by suggesting new, different selections of songs that he would like me to listen to in order to develop and create a repertoire consisting of different types of music and not just one. From the beginning, it encourages us to pursue what we love and to have high dreams, goals. I look forward to continuing with him!”

The young artist does not exclude the possibility of participating in a talent show. “I honestly remember myself from the first X Factor in 2008 that I saw, I felt a fire inside me and I imagined myself there on stage. I was thinking, I wouldn't rule out the possibility of participating in a musical talent show. So maybe I was trying myself, my luck if you will, hoping that it would benefit me in any way in my artistic career.” "While I am in Cyprus, I act in every way in order to maintain as much as possible close contact with the artistic events. Living permanently abroad in pursuit of your dreams is not at all simple in several ways. However, the possibility for abroad remains open since, especially for the specific types of music I am active in, the opportunities are not as reduced as here. Of course, on the other hand the competition is much higher abroad, a fact which I personally feel would improve me much more. After all, this is also a big challenge!"