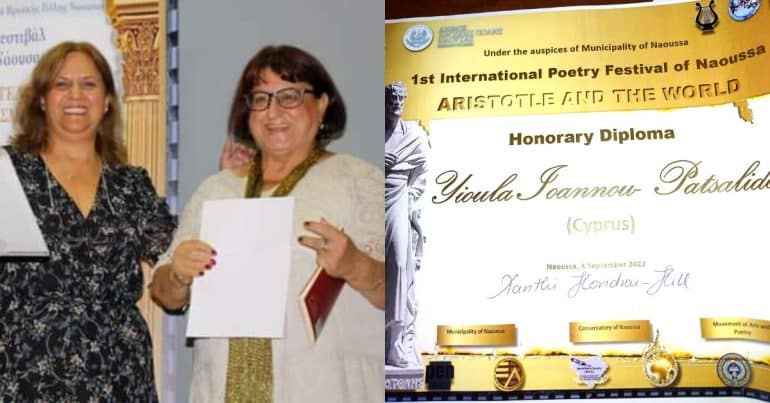 The 1st Naoussa International Poetry Festival, "Aristotle and the World", was held September 2-4, 2022 at the "Melina Merkouri" Open Theater of Naoussa, under the auspices of the Municipality of the Heroic City of Naoussa, by the Naoussa Conservatory and the Movement for Letters and Arts, with the support of PEN Greece, CIESART Greece and the World Poets Society (WPS), with the participation of poets from 14 countries of the world. 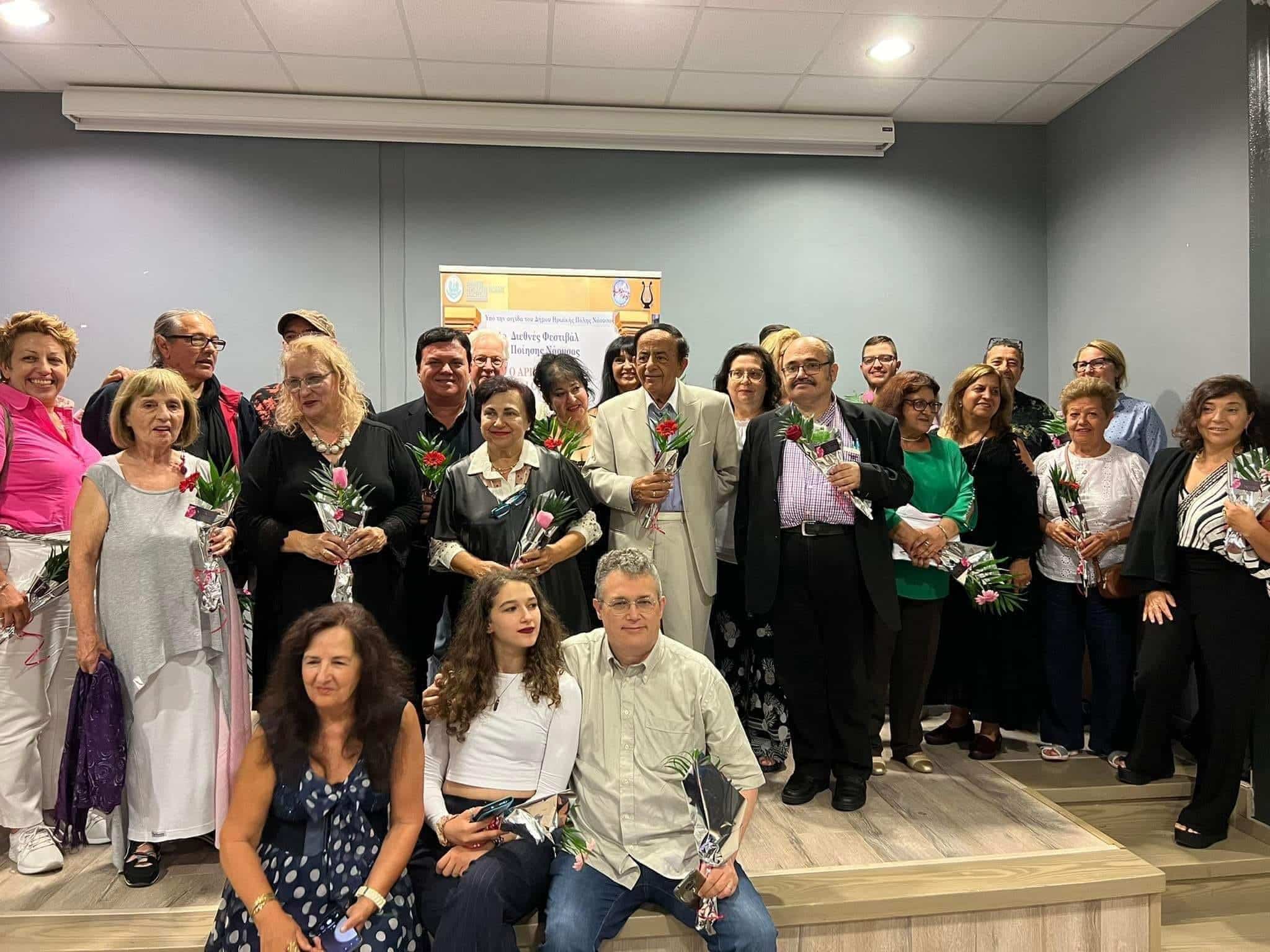 Among the countries is Cyprus, specifically the Community of Avgorou with the poet Gioula Ioannou-Patsalidou. 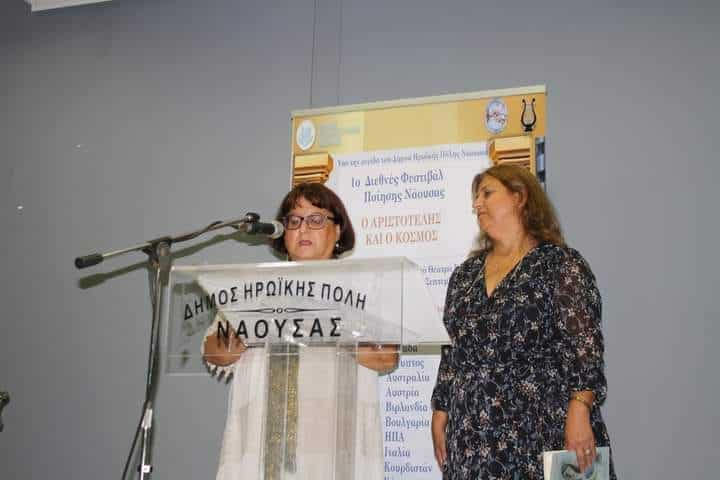 Gioula Ioannou-Patsalidou not only participated but was honored with the Honorary Diploma as well as the Aristotle Peace Poetry Award for the peaceful contexts of her poetry! 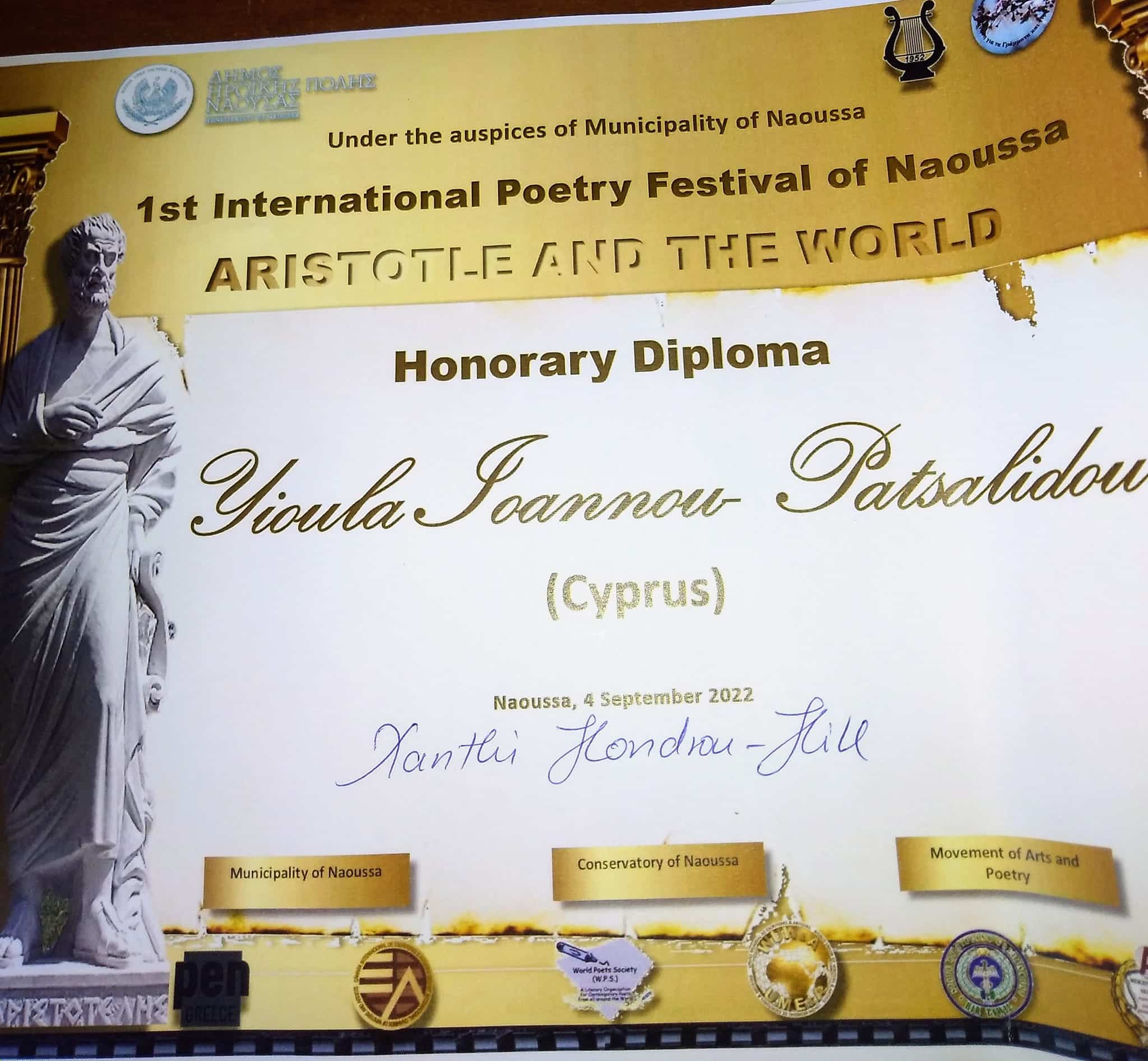 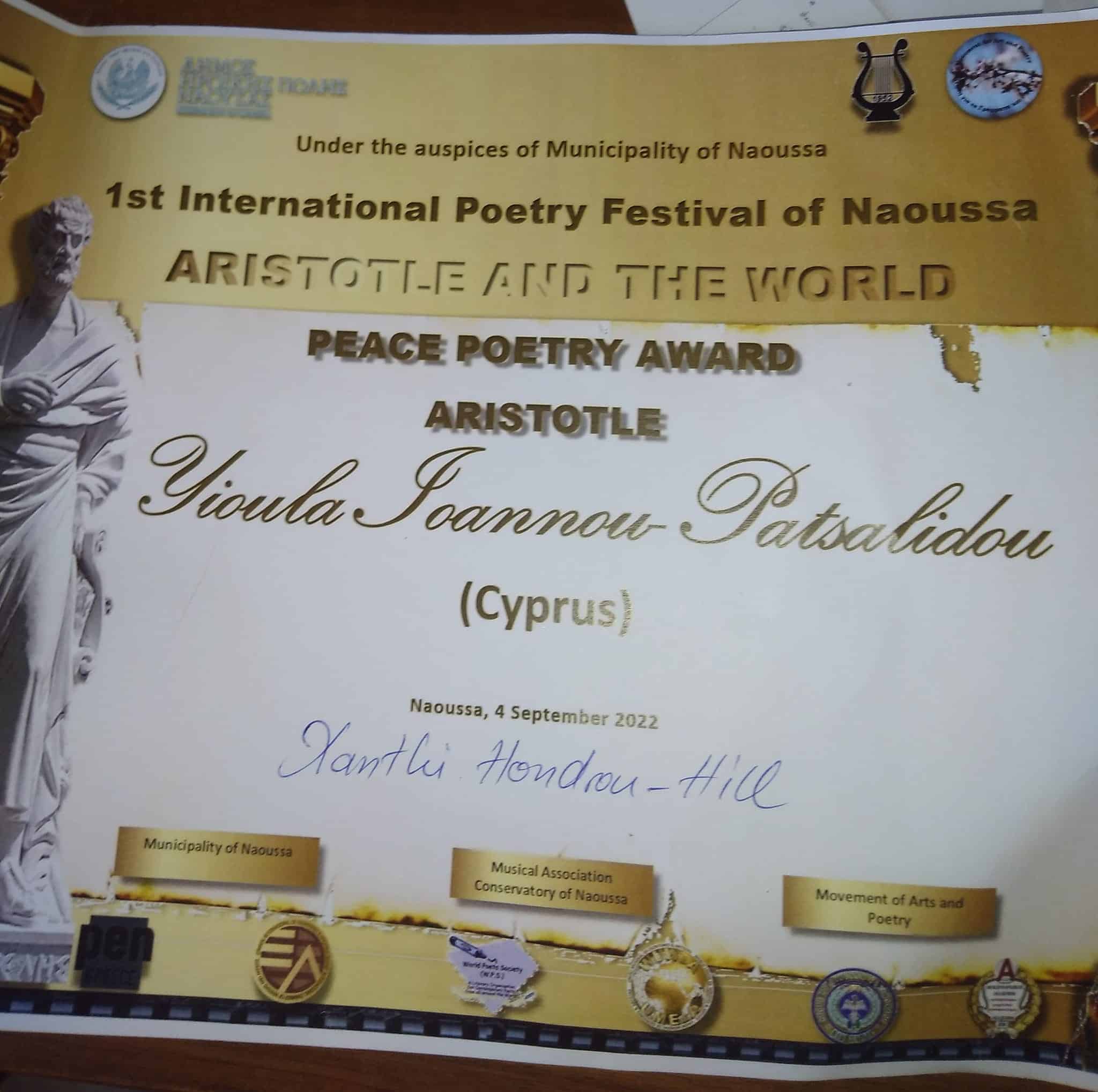 Ms. Youla dedicated her poem below entitled "Roots" to the Festival

where the locks of the soul built Parthenons!

on which the ideals of the world were founded,

From Plato and Aristotle

Where the sarcasm of time

the majesty of their souls

of your own dignity and pride

Let's meet at the border of myth and realism.

Come alone, so we can continue dreaming...