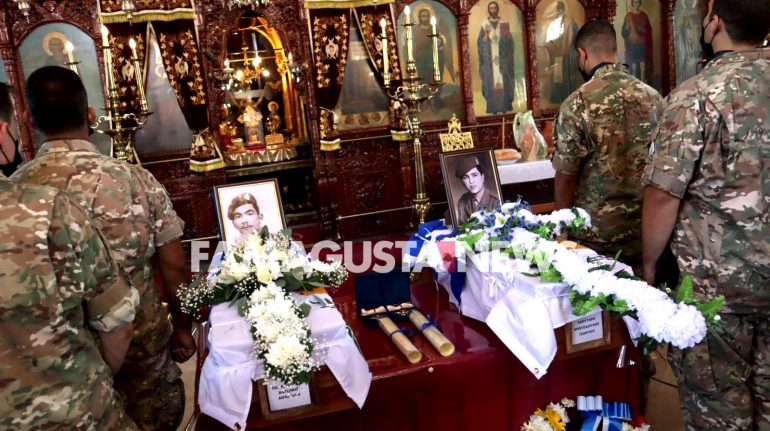 They fell, defending the homeland, during the Turkish atrocity of 1974. The young men from Avgorou, Christodoulos Laoutaris and his uncle, Antonis Papageorgiou, responded enthusiastically to the call of the Homeland. From the first moment, they were mobilized and ran on duty, giving their lives in the name of Freedom, after falling heroically fighting, in the village of Templos in the Province of Kyrenia. Their fate was ignored for 47 years. Their bones were recently located in an area outside the village of Templos, and they were identified by DNA. The funeral of the two young men was held today in Avgorou, in a heavy atmosphere, but full of pride, as the heroes deserve.

See the footage from the funeral recorded by Famagusta.News camera:

The Government was represented by the Minister of Defense, Charalambos Petridis, who, among other things, stated at his funeral:

"Bearing in mind the debt to our heroes, we continue the fight until the final vindication. We know that their sacrifice will be justified only with the end of the occupation and the settlement, with the liberation and reunification of our homeland. " 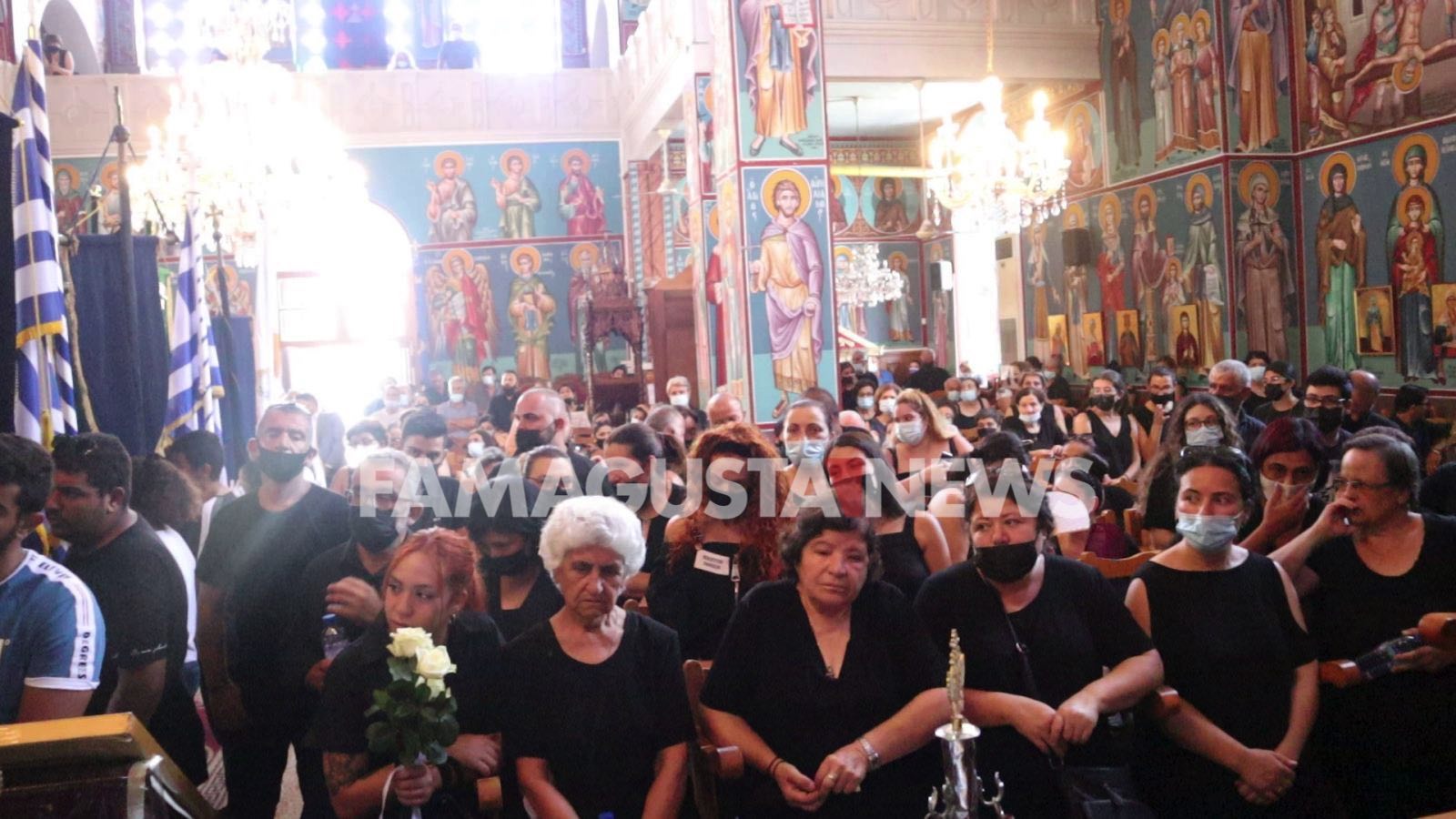 Emotion is evident, in the words of relatives…

Christina Papageorgiou, Granddaughter Antonis Papageorgiou
"My grandmother, your Antonis, our grandfather, came and today we all have him with us. To get him out of the way and say goodbye to all of us. ”

Stylianos Vrakas, Relative of Christodoulou Laoutari
"We would like you to know that we are being redeemed when your martyrdom is finally over. Proud of you, but always in pain and sad for your untimely loss. ”

Panagis Michailas, Community Leader of Avgorou
"The two young men, together started the battle, and together reached the heroic climax"

During the procession, wreaths were laid, while the Minister of Defense presented a medal to the families of the heroes, as a sign of honor for their contribution to the homeland. 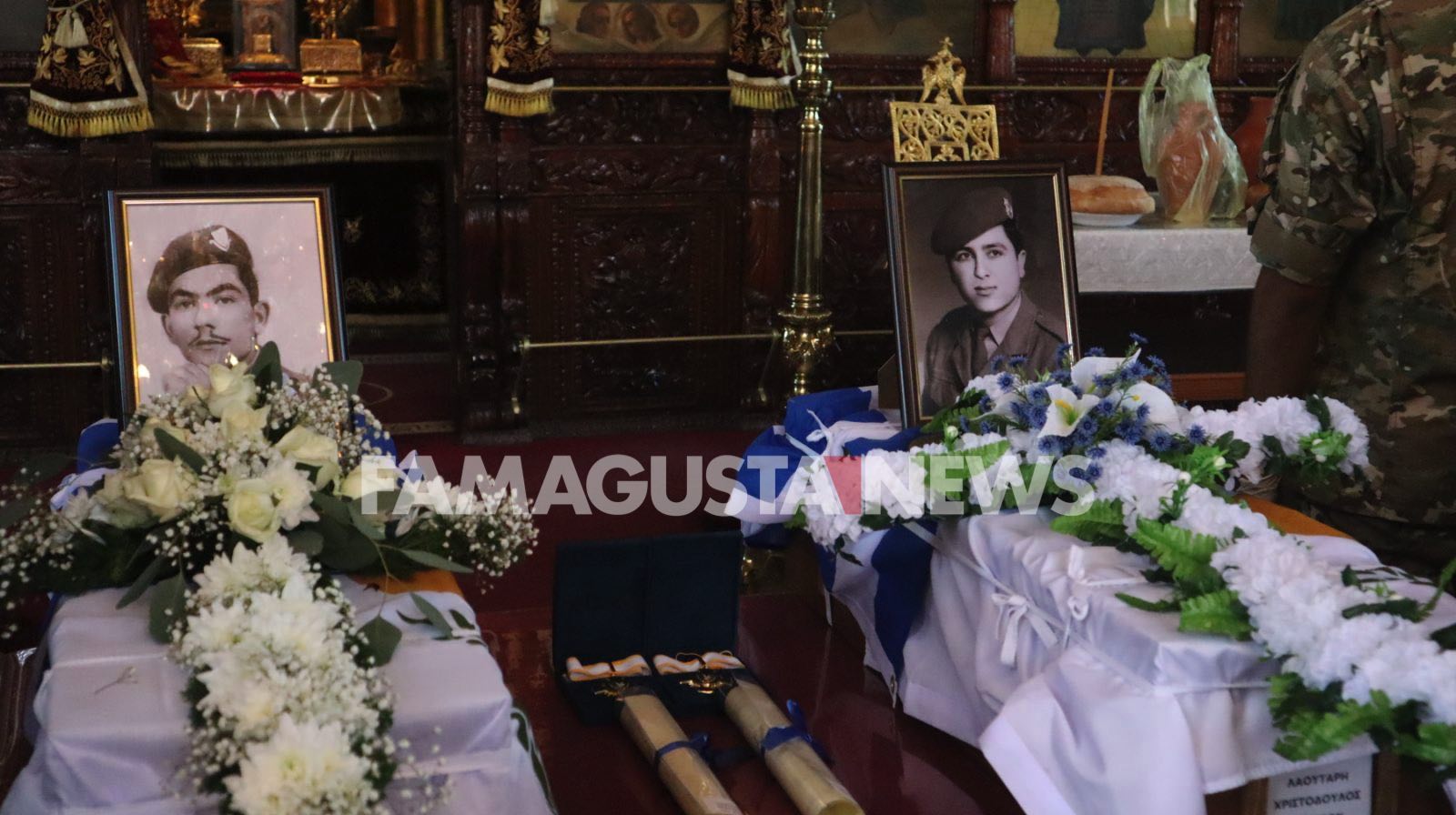 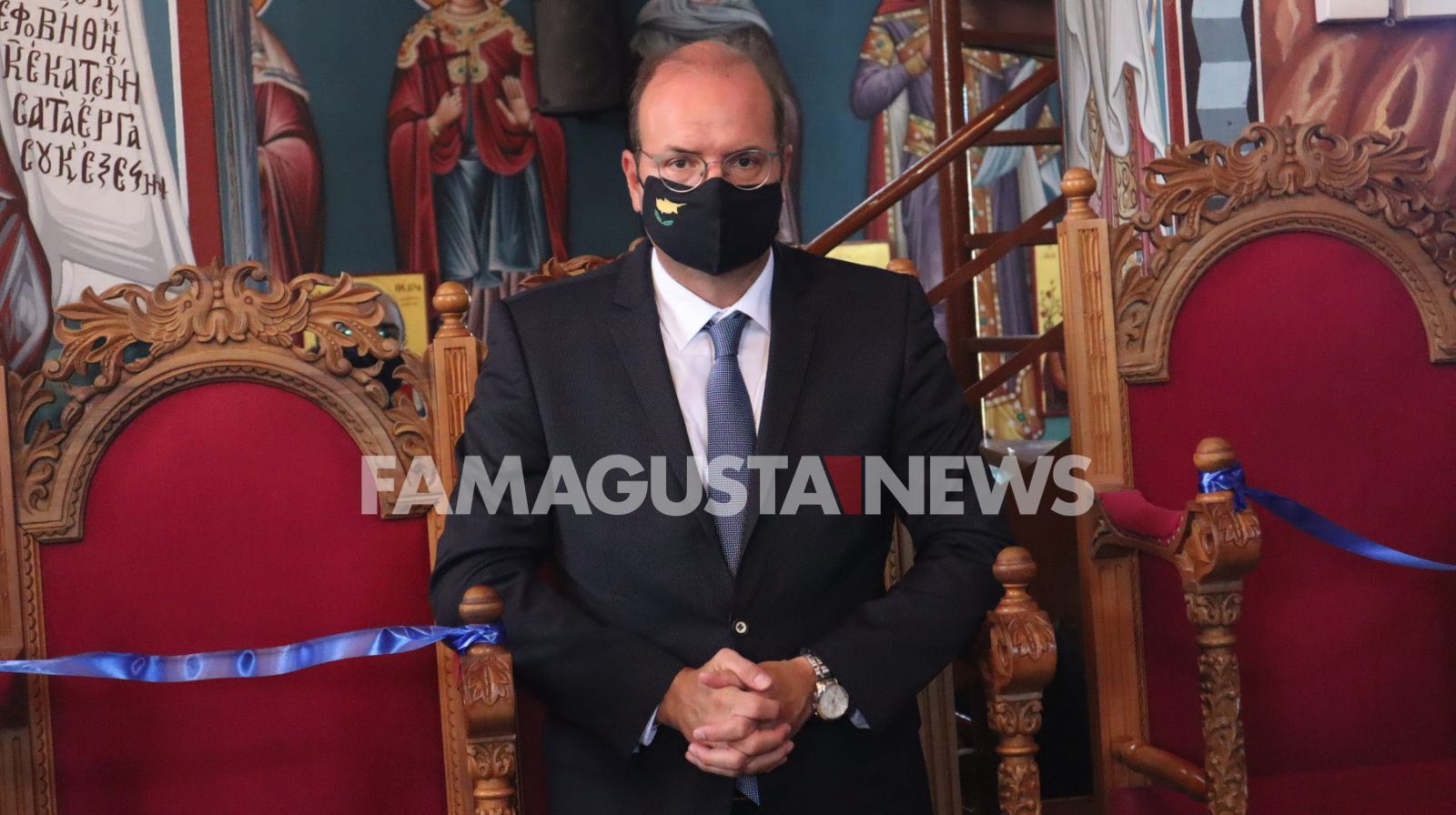 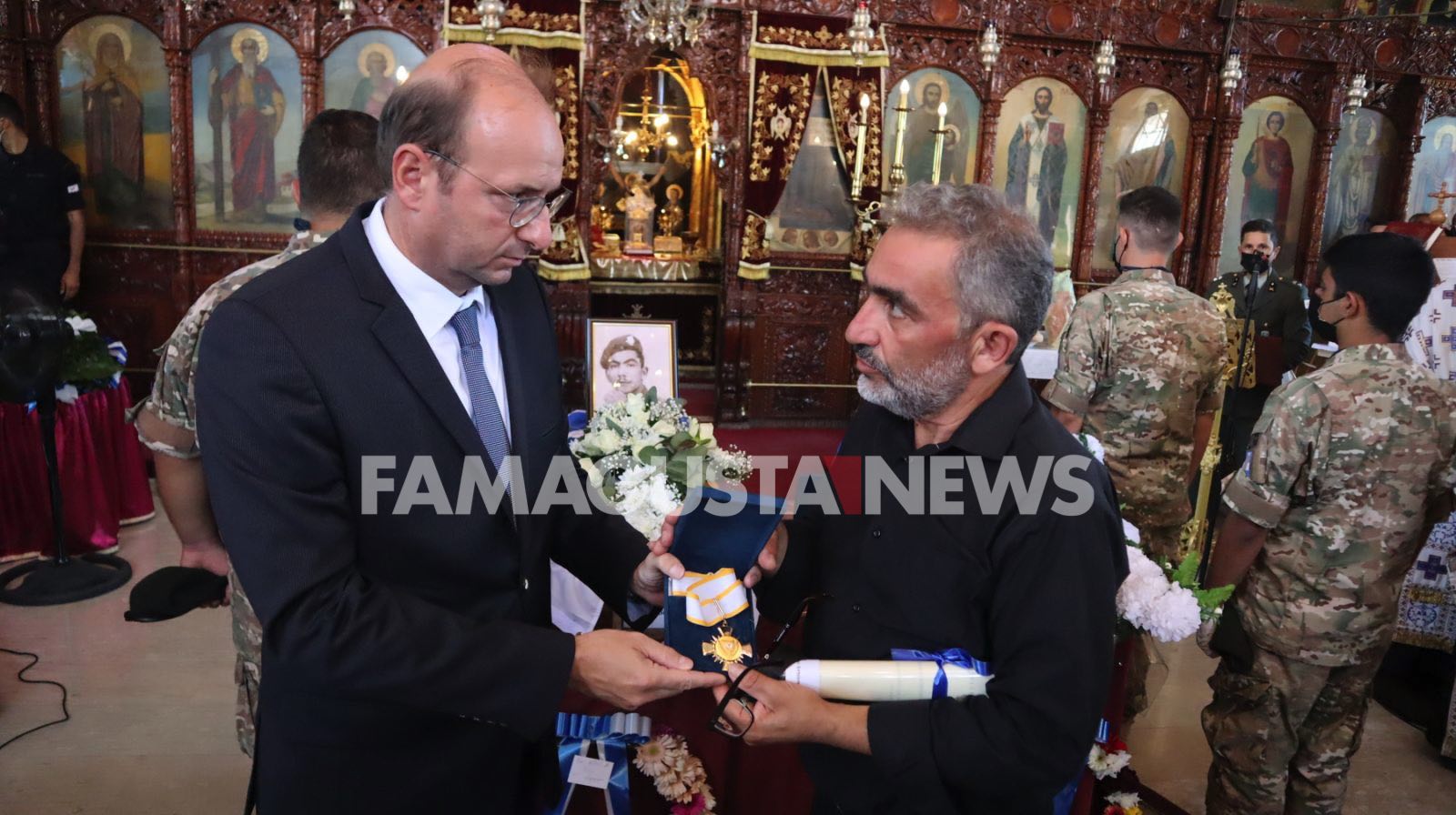 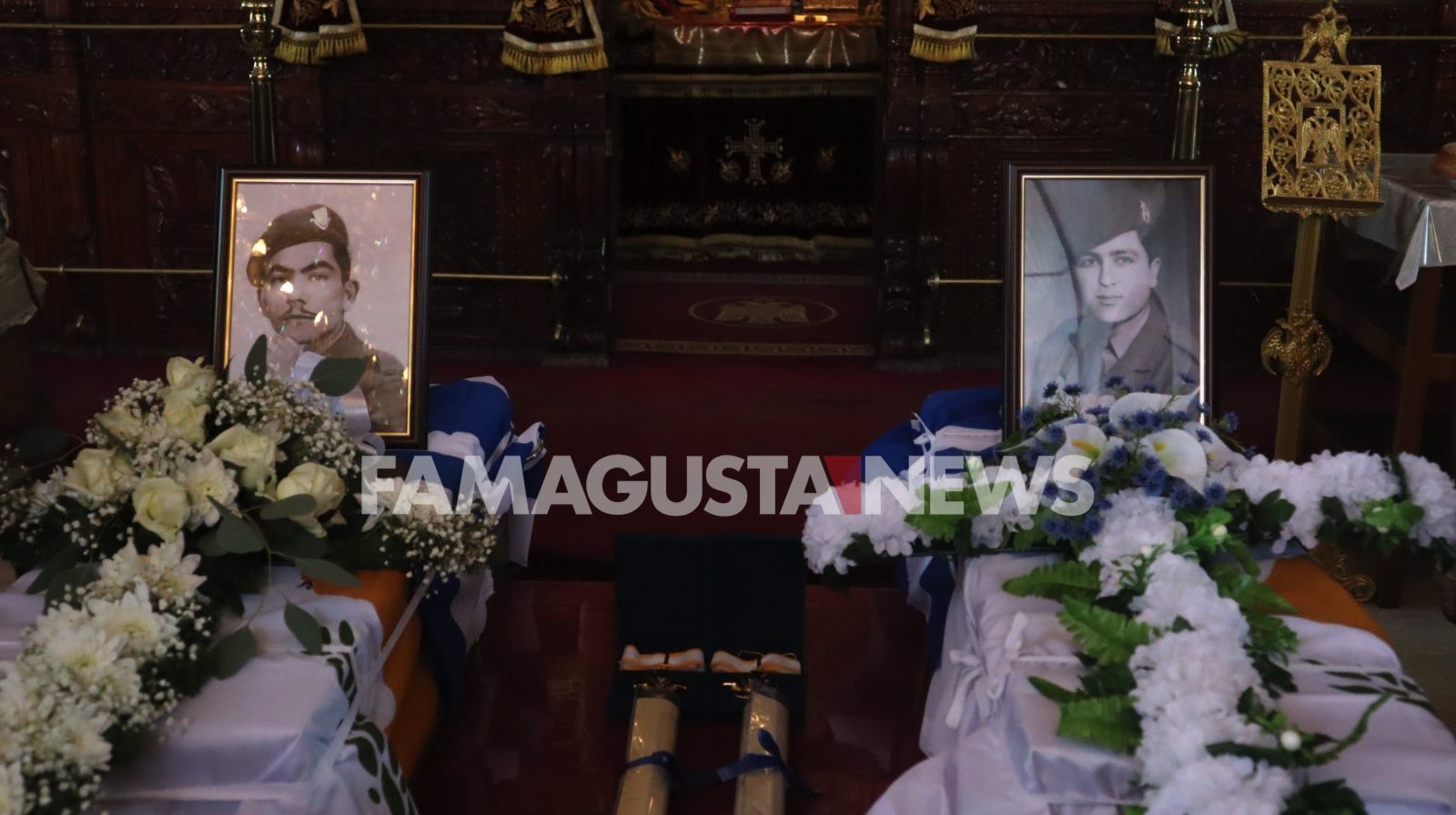 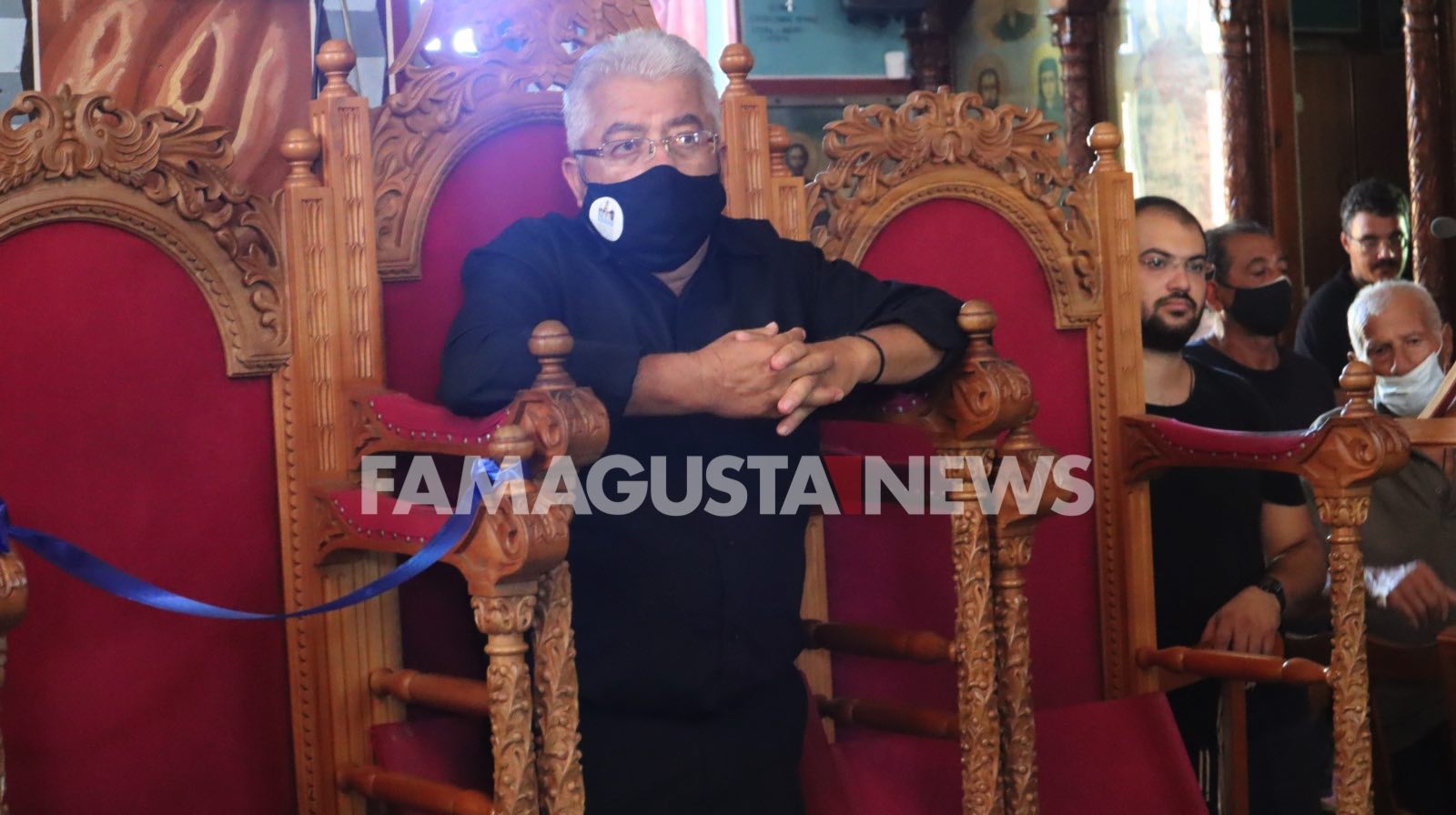 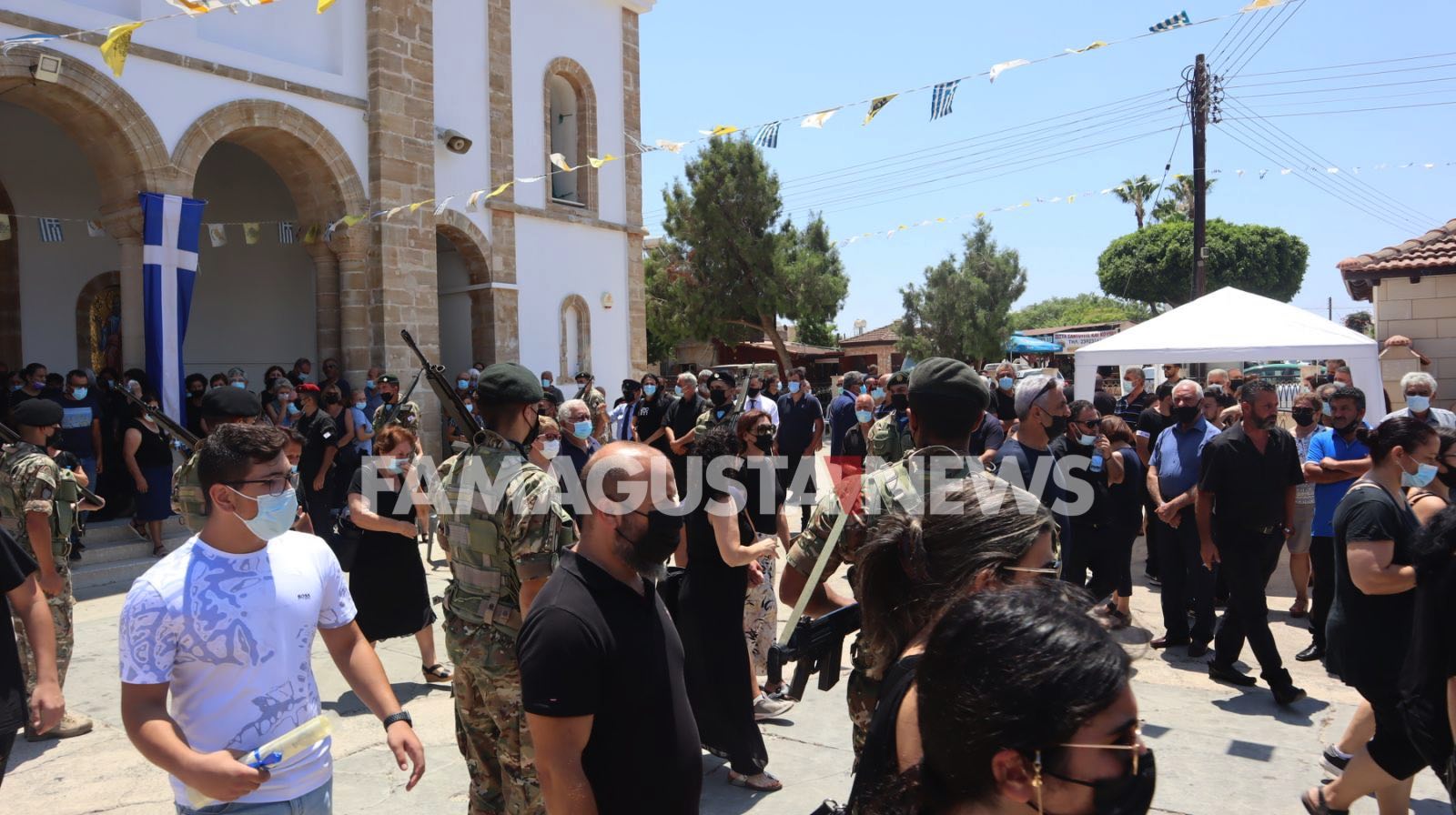 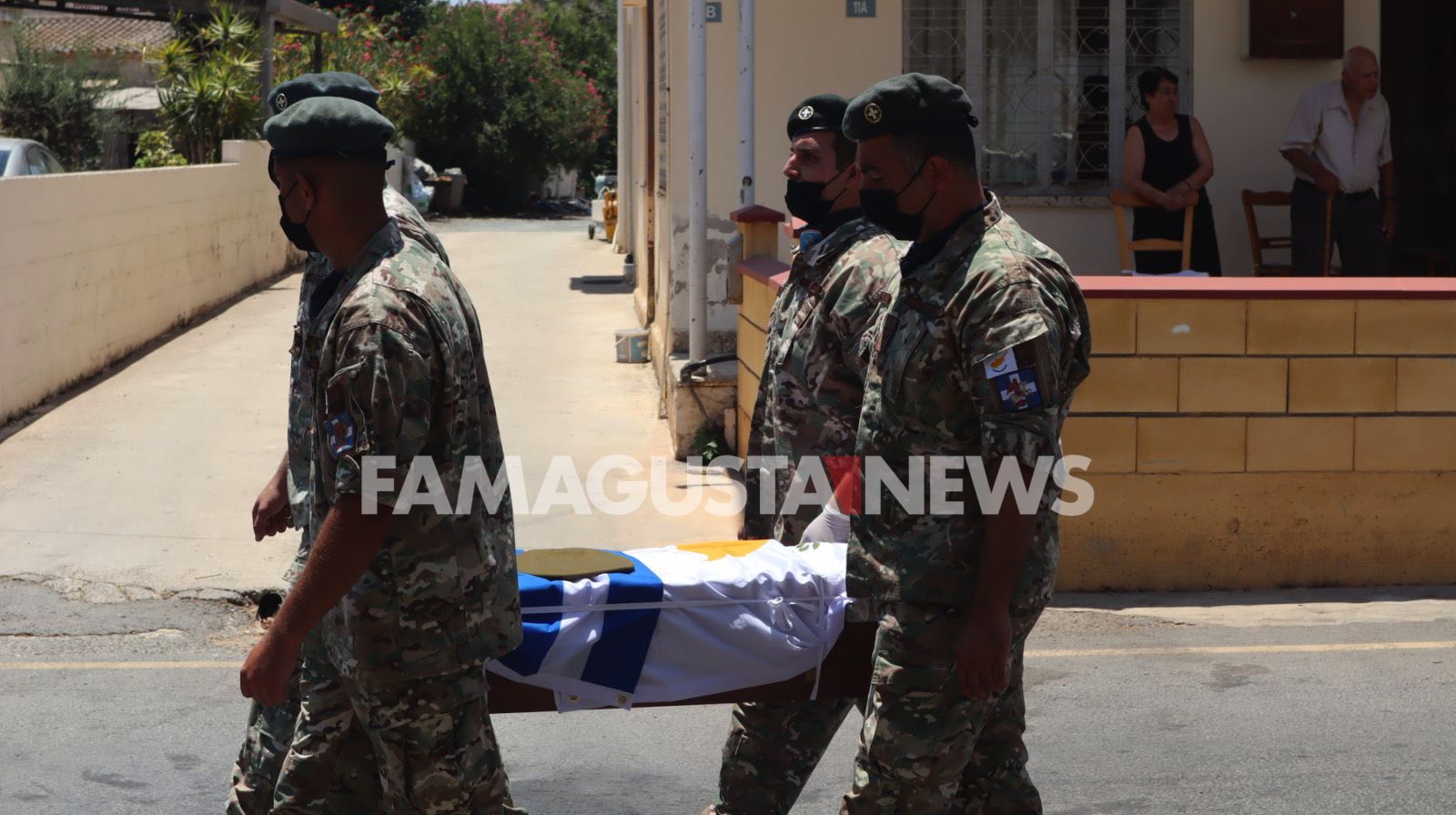 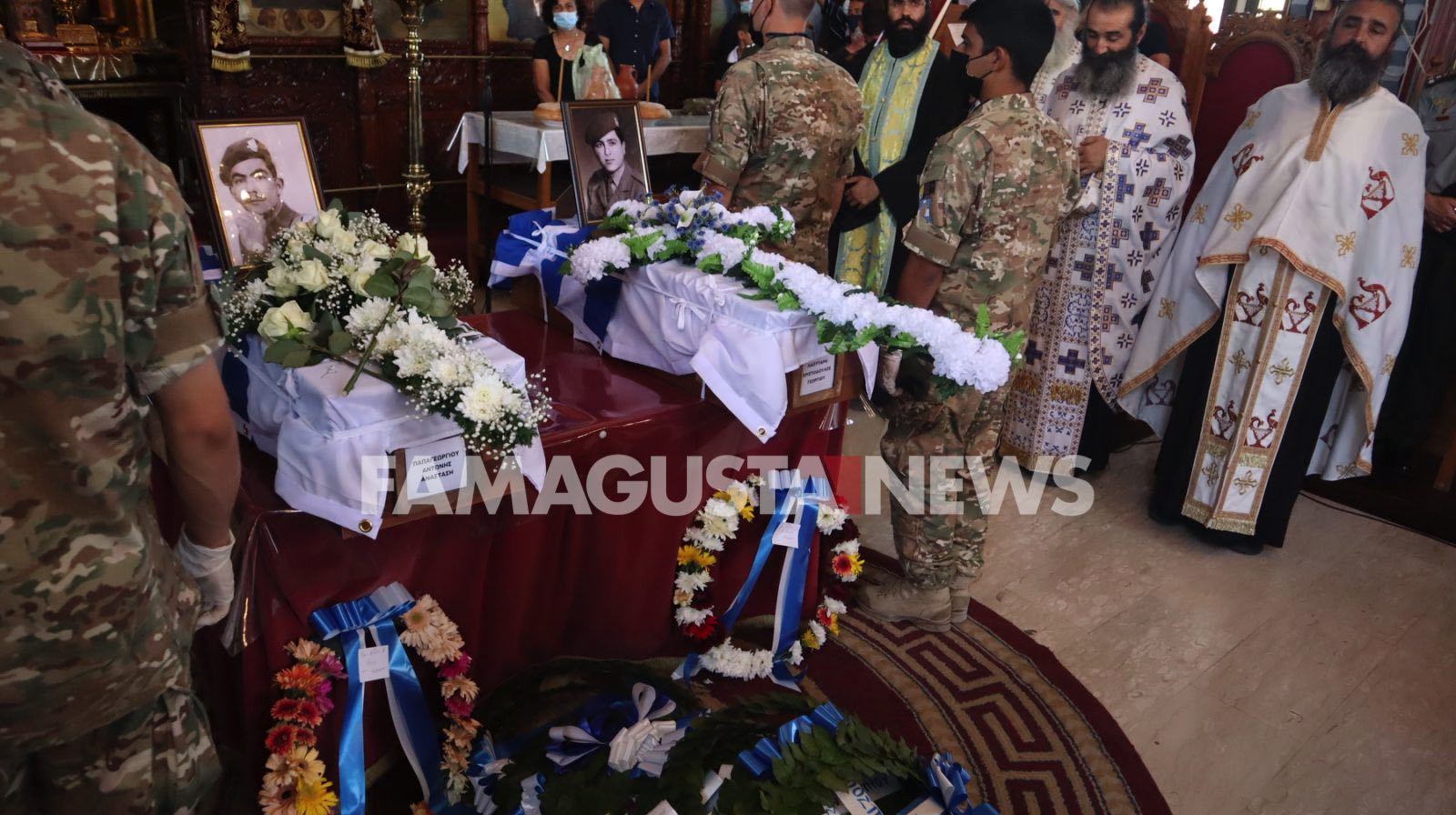 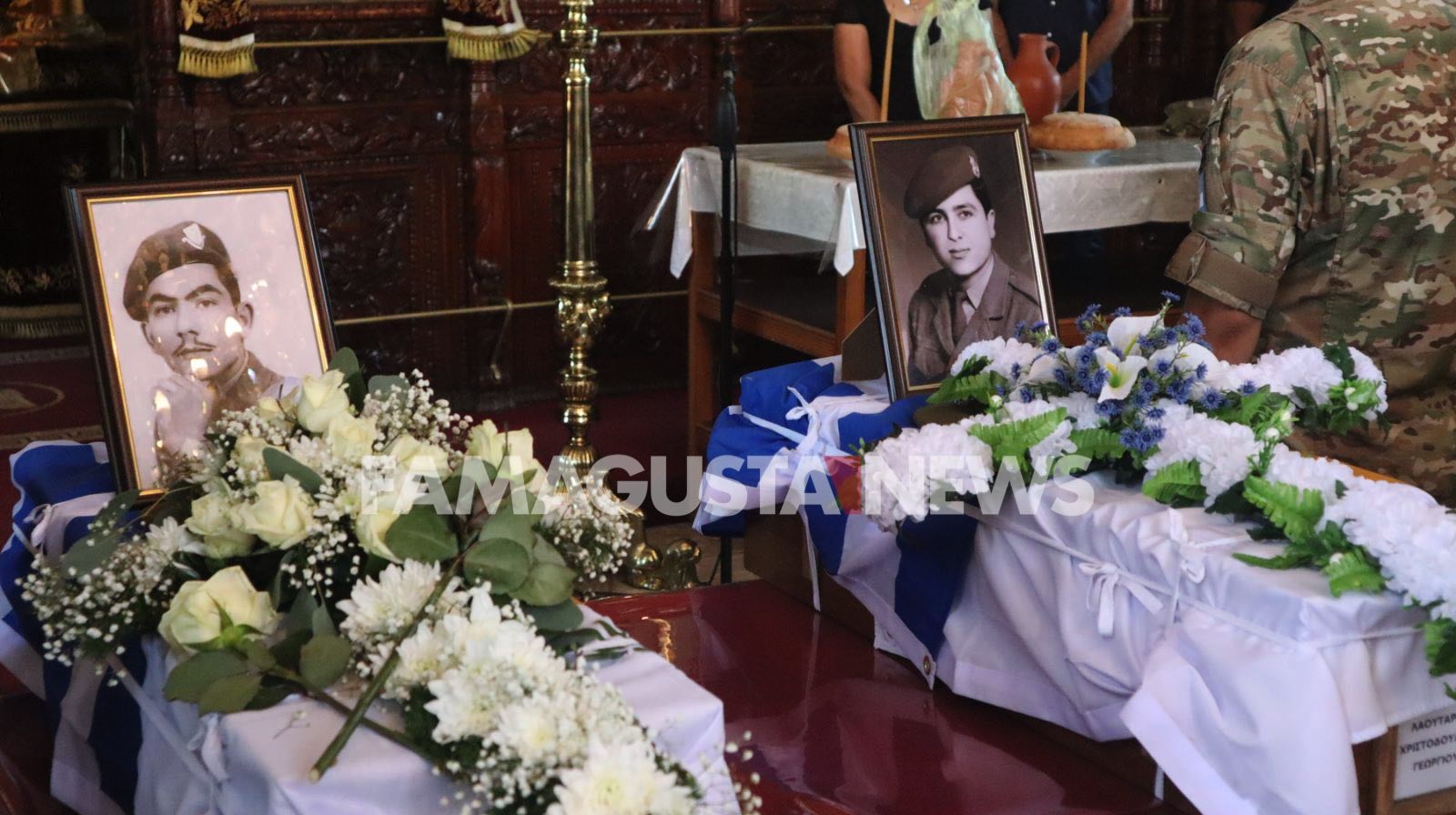 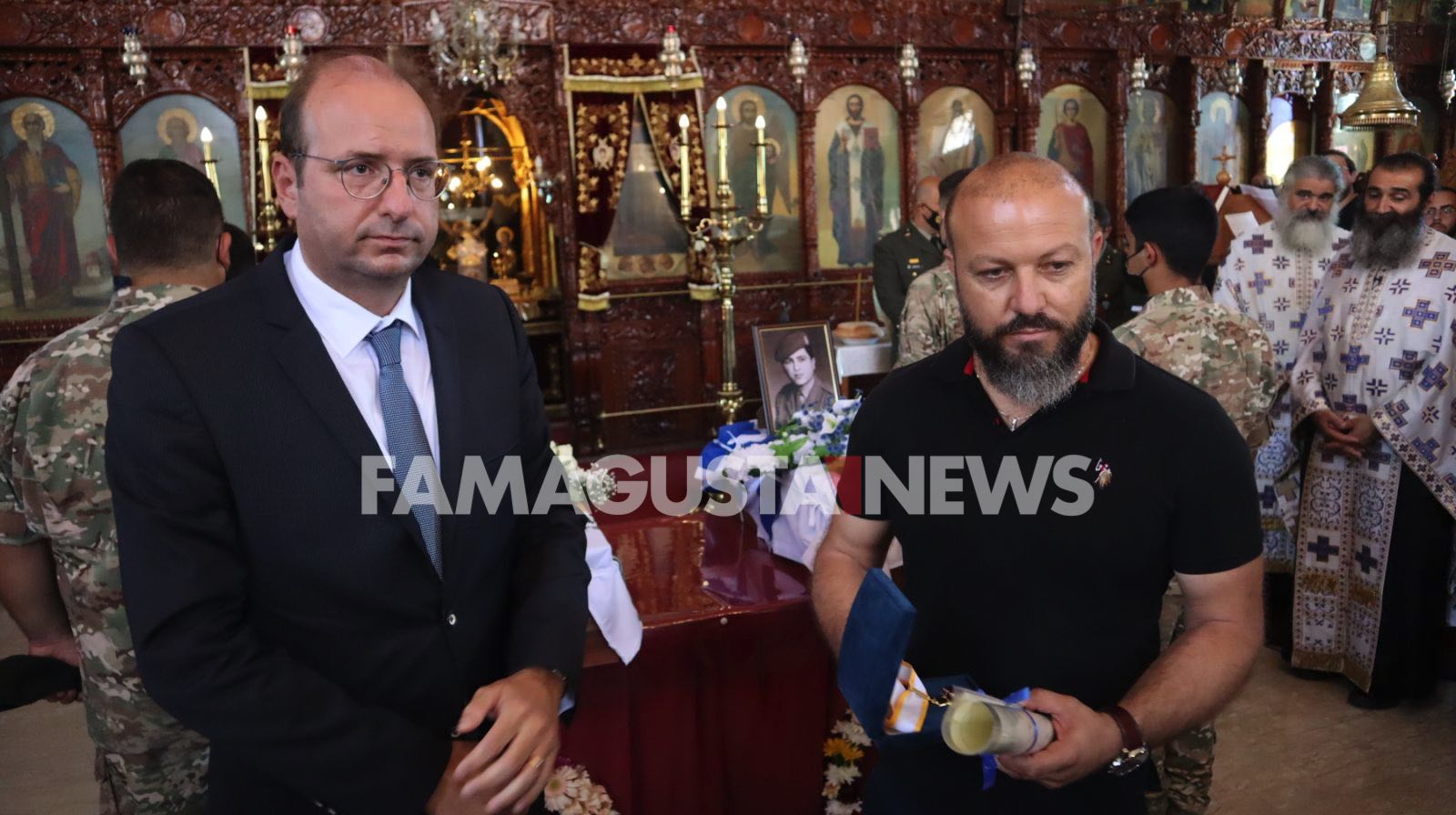