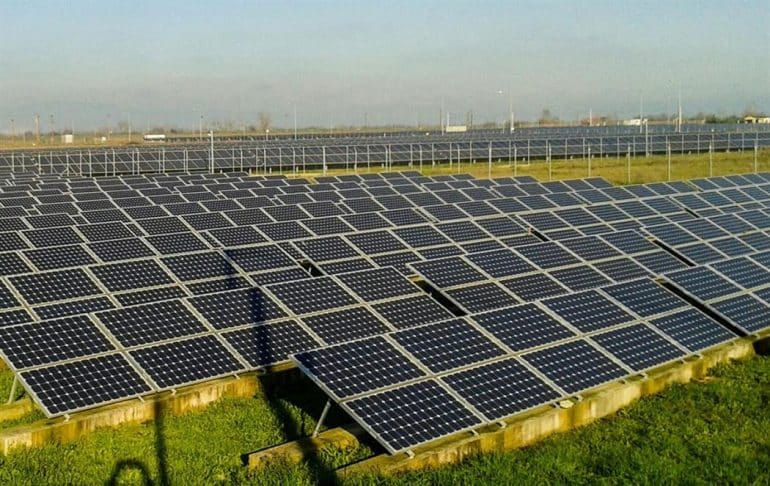 Special Assessment Study for the Special Protection Zone (SZP) – CY3000010 and the Special Conservation Zone (SZD) – CY3000005 of the Natura 2000 Network “Cabo Greco” was submitted in the context of an application for the granting of a Planning Permit for the construction and operation of a power generation plant with a Photovoltaic System capacity of 3 MWp in the Municipality of Ayia Napa, at the location "Mazeri tou Koukos" was submitted and evaluated through a special report last October by the Department of Environment.

The total area of ​​the lots is 35.373 sq.m. and the proposed project are estimated to cover approximately 80% of the total area of ​​the plots under study. The protected areas of the Natura 2000 network ZEP and EZD "Cabo Greco" are located at a distance of approximately 300 meters west and south of the study area where the construction and operation of the Photovoltaic System is proposed. The ZEP and EZD "Cabo Greco" have been designated in accordance with the provisions of Directive 2009/147/EC for the conservation of wild birds and Directive 92/43/EEC for the conservation of species and habitats. Both the habitats and the species that live in the area are protected under the Nature and Wildlife Protection and Management Acts 2003 to 2012 and the Wild Birds and Game Protection and Management Acts 2003 to 2017. These studies was examined by the Ad Hoc Committee on September 8, 2022 which evaluated the data related to the types of characterization of the area.

The proposed project concerns the construction and operation of a power generation unit with a 3 MWp photovoltaic system in the Municipality of Ayia Napa and includes, among other things, 4.700 photovoltaic panels with a power of 700 W each.

Green light from Department of Environment

In the conclusions of its Report, the Department of the Environment records that the effects of the proposed project from the construction and operation of a power generation unit with a 3 MWp photovoltaic system in areas adjacent to the "Cabo Greco" ZEP and EZD are reversible and will not cause significant negative effects the defining species nor the conservation objectives of the areas reasons if the conditions mentioned in the report are applied.

In the area where the golf course would be built, the Photovoltaic Park

In a letter to the Department of Environment last September, the Cyprus Federation of Environmental Organizations, regarding the meeting of the Ad Hoc Committee for the Special Environmental Assessment of the Project, points out some important issues regarding the proposed project, such as, among other things, that According to " Environmental Impact Assessment Study for the General Spatial Plan (Master Plan) for the creation of a Golf Course in Ayia Napa, the land parcels of the proposed project included in the study area of ​​the proposed golf course are similar residential, tourist and commercial developments.

The letter also points out that the ecological assessment study for the proposed project includes several invalid and incorrect references to the monitoring of migratory birds, the impacts on renewable energy projects and the transfer of bird nests to other areas as an impractical and ineffective method. nevertheless, the Federation does not express any objection to the project, provided that ten essential conditions are observed which it records in the letter.

With information from the Department of Environment / Stock Image