The President of the Finnish Community of Cyprus, his wife and two British women are the new "Tourism Ambassadors" of Ayia Napa 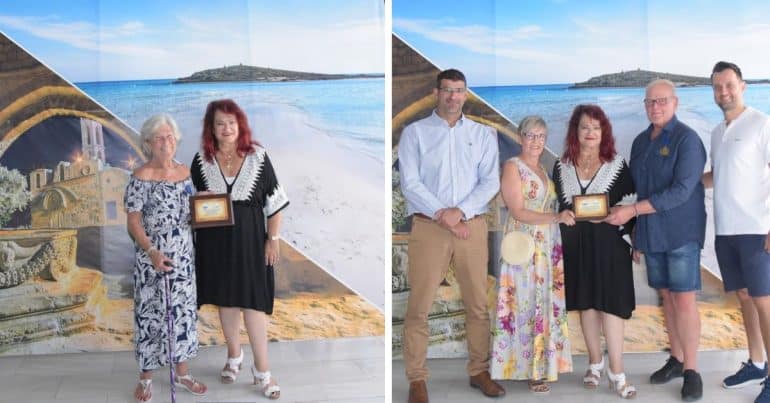 The President of the Finnish Community of Cyprus, his wife and two British women are the new "Tourism Ambassadors" of Ayia Napa

The President of the Finnish Community of Cyprus Antero Vuorinen and his wife Paivi as well as the British Patricia Simos are the new Tourism Ambassadors of Ayia Napa. 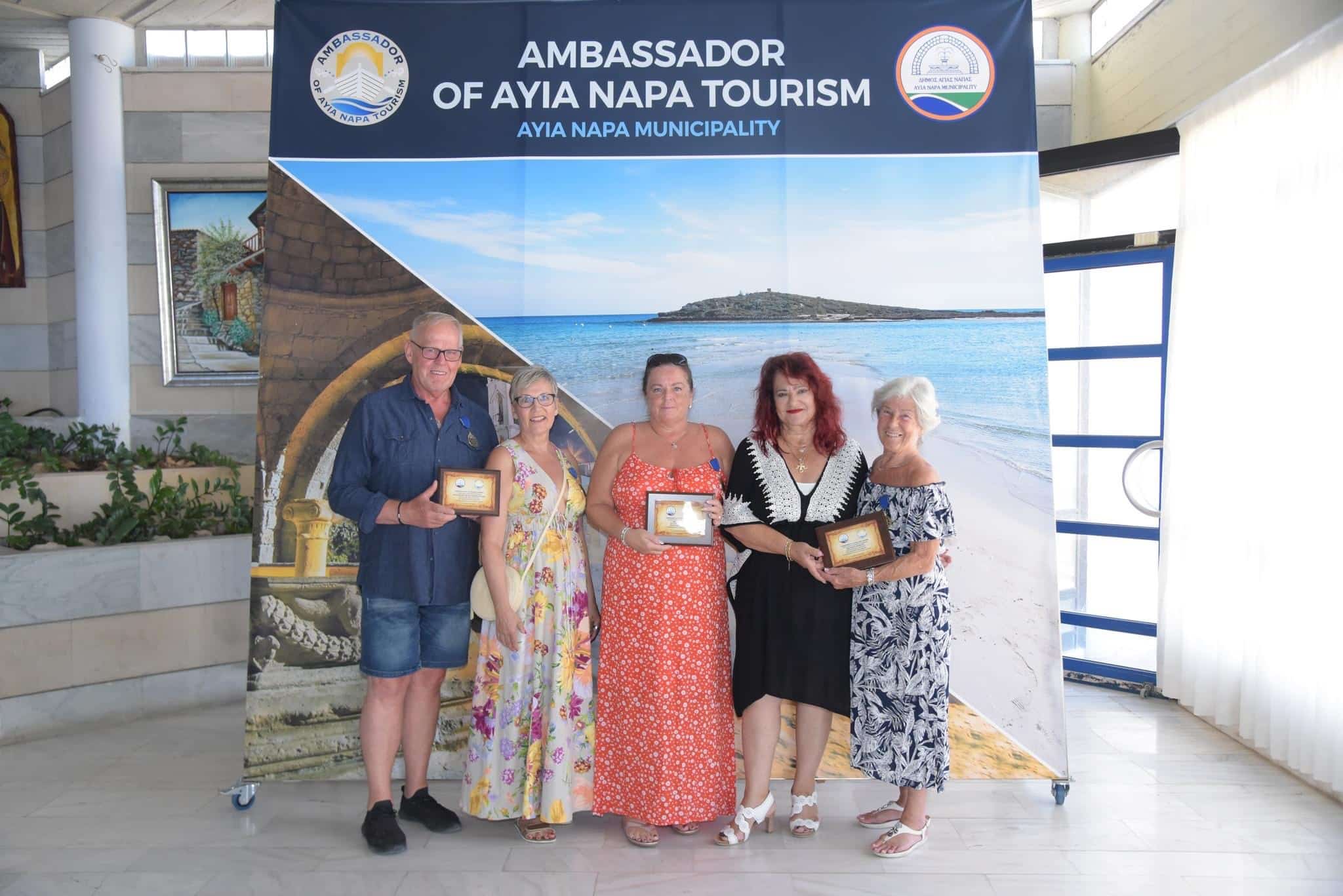 In particular, the Finns Antero and Paivi Vuorinen made 20 visits,
while Patricia Simos and Julia Leeds 30 visits. 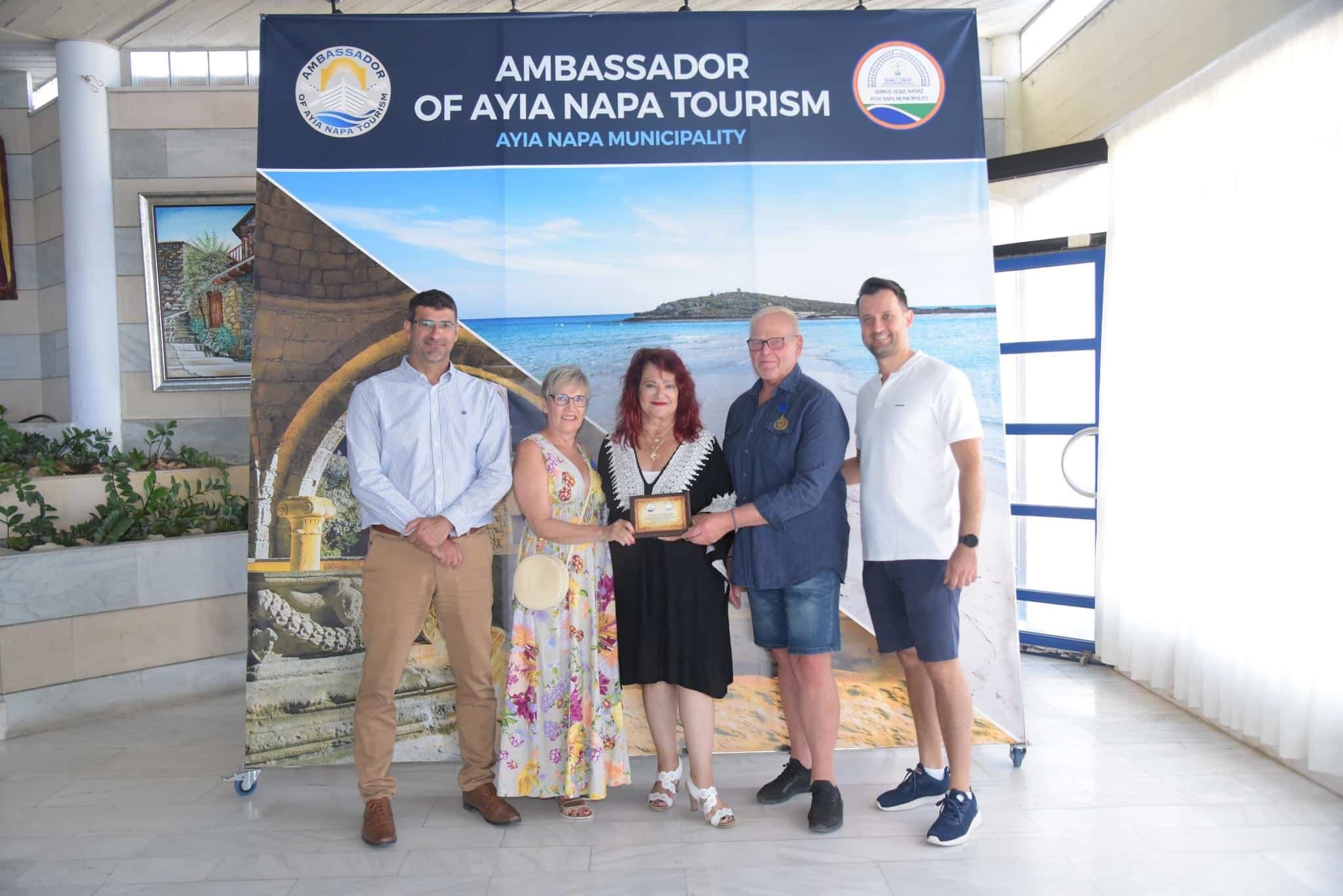 On the occasion of their multiple visits, they were honored in a modest ceremony held on Tuesday, September 27, 2022, by the Cultural Officer of the Municipality, Mrs. Maria Tofini Tsantila, on behalf of the Mayor, Mr. Christos Zannettos, with a commemorative plaque and the emblem of the "Tourism Ambassador". 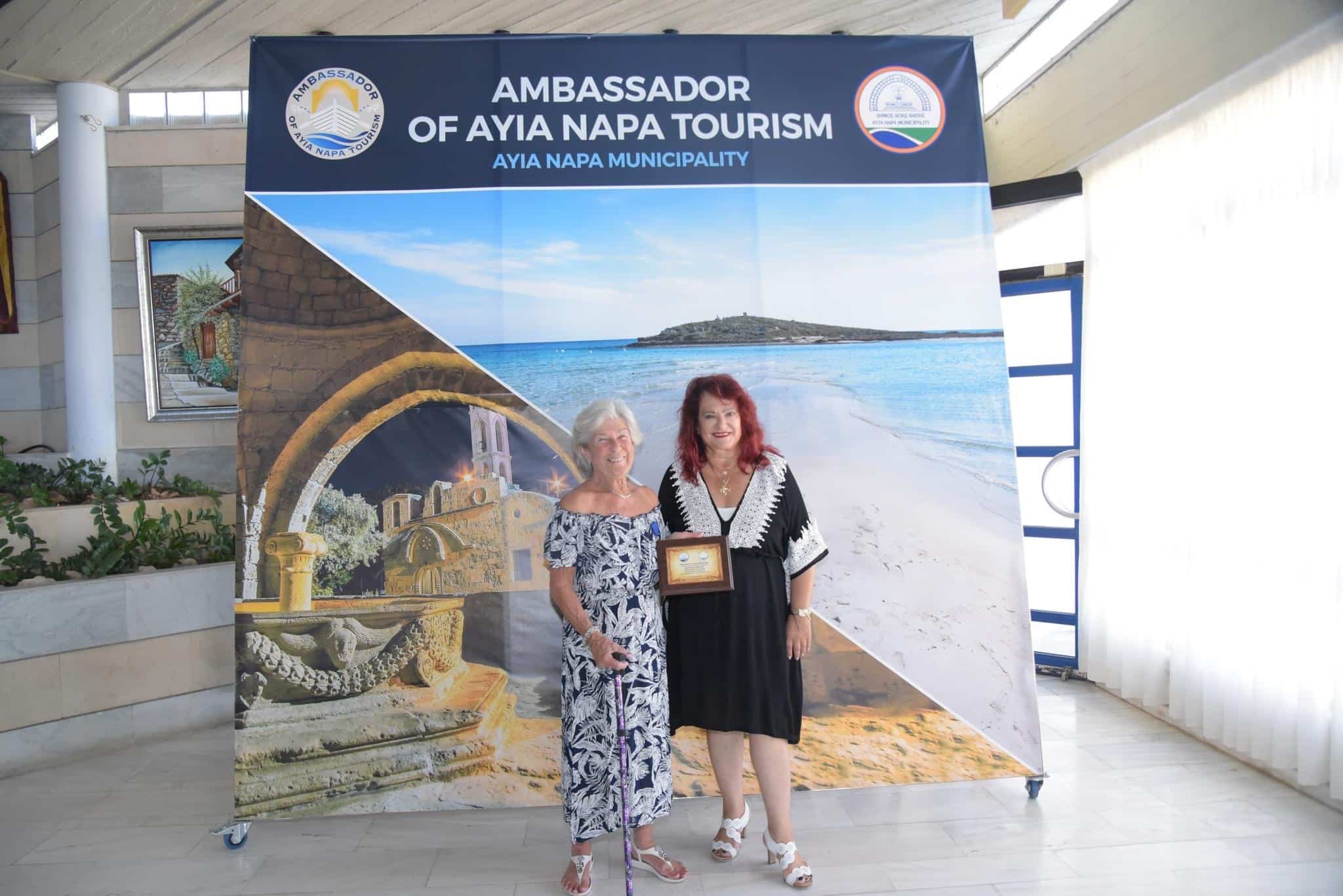 Mrs. Tofini, after thanking them for their numerous visits, stated that it is a great honor both for the city itself and for the Local Authority that a large number of tourists make regular visits to Ayia Napa, which she pointed out demonstrates with the more practical and convincing way that it is a worthy tourist destination that is worth visiting for vacation. 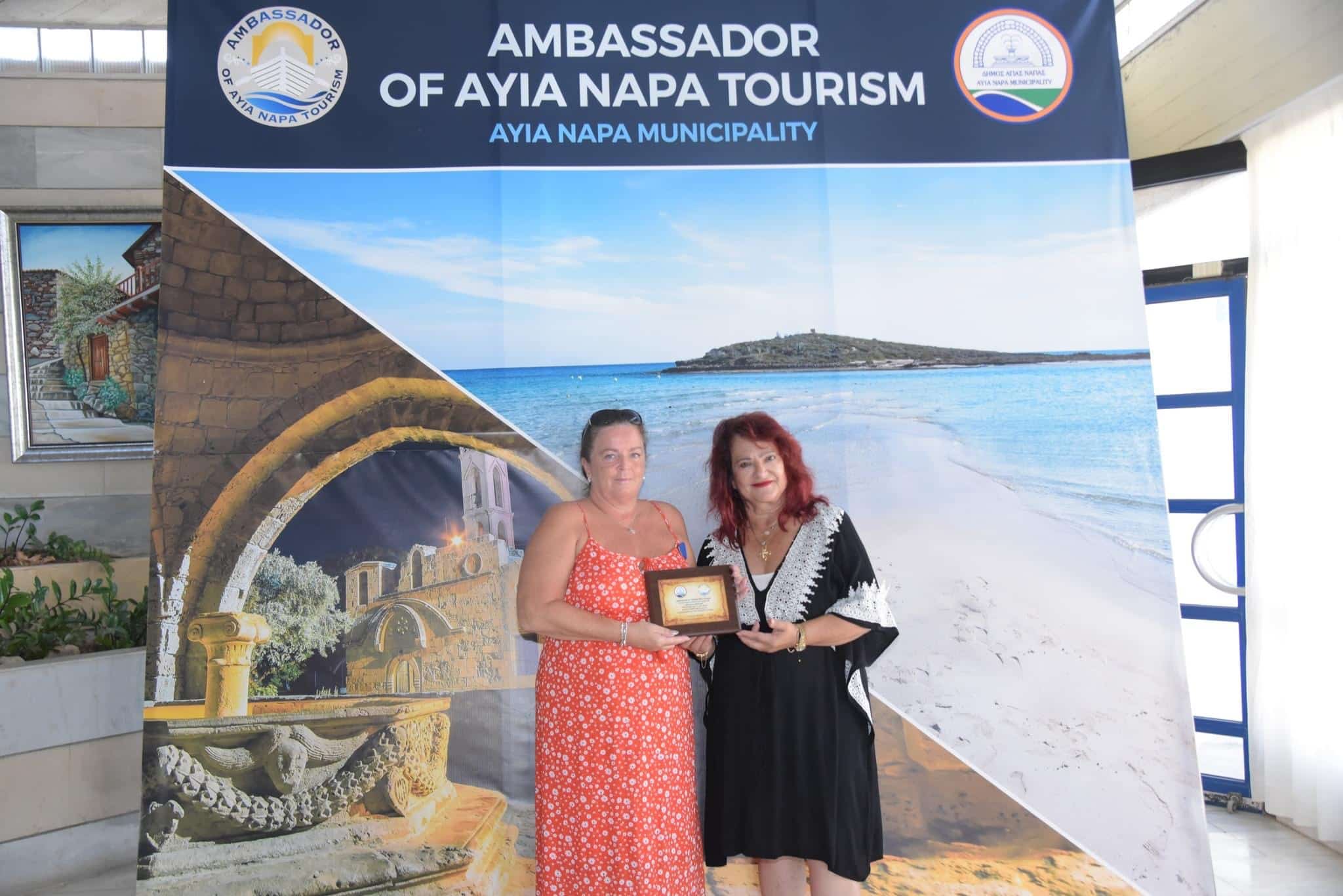 He also assured that after being declared "Tourism Ambassadors" they are now considered citizens of Ayia Napa and not just visitors. 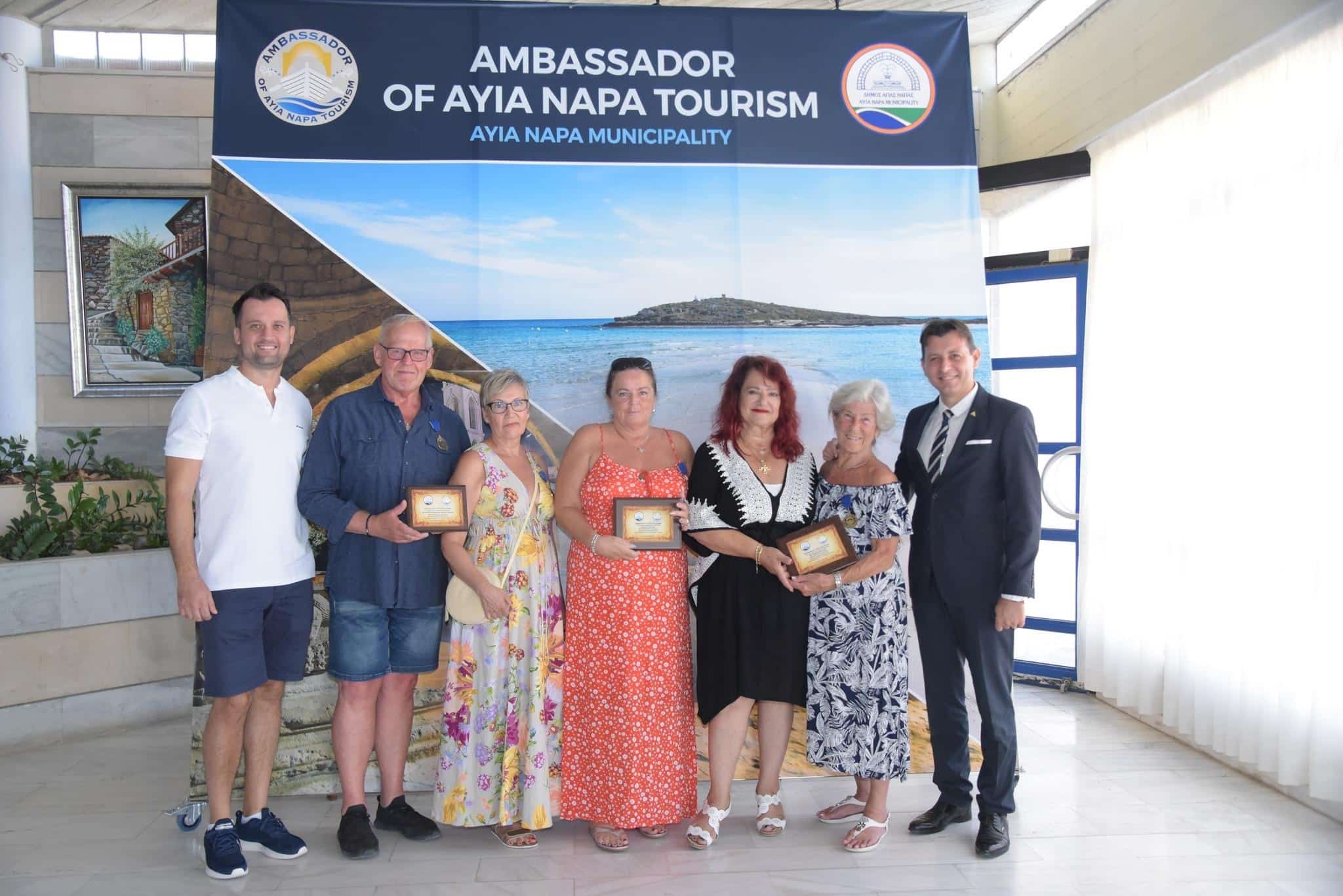 Present at the awarding of the Municipality's highest distinction to the President of the Finnish Community of Cyprus and his wife was the Municipal Secretary Mr. Fotos Kikilos who had a few minutes of conversation with them and thanked them for their regular visits to Ayia Napa.