Ayia Napa: The memorial service of Giannakis Pappoullis and Christakis Pieris Christou, who died heroically during the Turkish invasion, was held

The memorial service was presided over by the Metropolitan of Constantia/Ammochostos Mr. Vasilios and attended by the Commissioner of the Presidency Mr. Fotis Fotiou 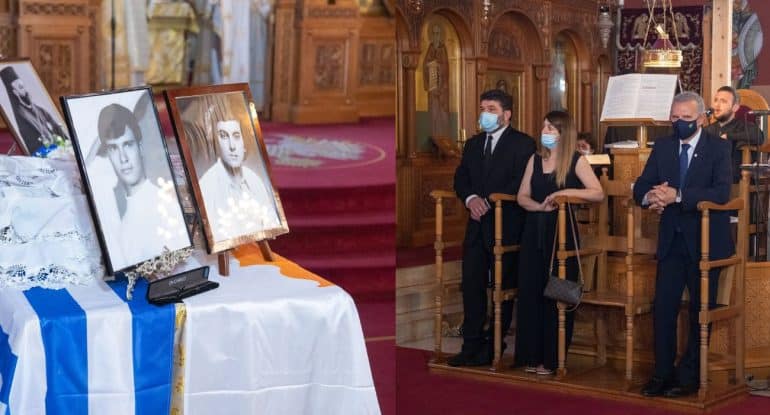 The annual National Memorial of the heroes Giannakis Pappoullis and Christakis Pieris Christou was held today, Sunday, July 31, at the Holy Church of Panagia Agia Napa. 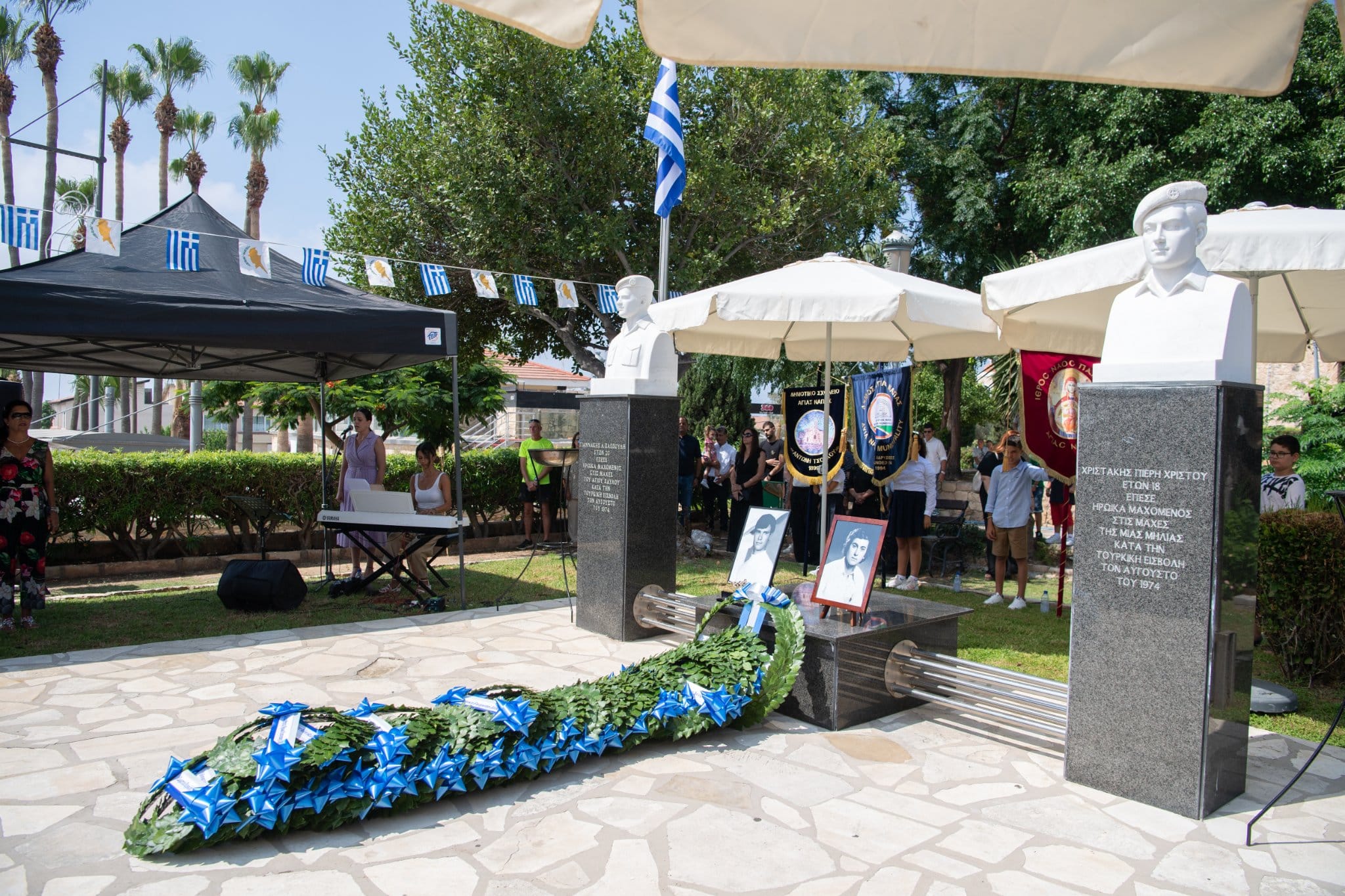 The memorial service was presided over by the Metropolitan of Constantia/Ammochosto, Mr. Vasilios, and attended by the Commissioner of the Presidency, Mr. Fotis Fotiou, who delivered the memorial speech, the Mayor, Mr. Christos Zannettou, Members of the Municipal Council of Ayia Napa, representatives of political parties, the Police, the National Guard, Members of Parliament, Mayors, the families of the heroes and representatives of Mayors, Community Councils, local agencies and organizations. 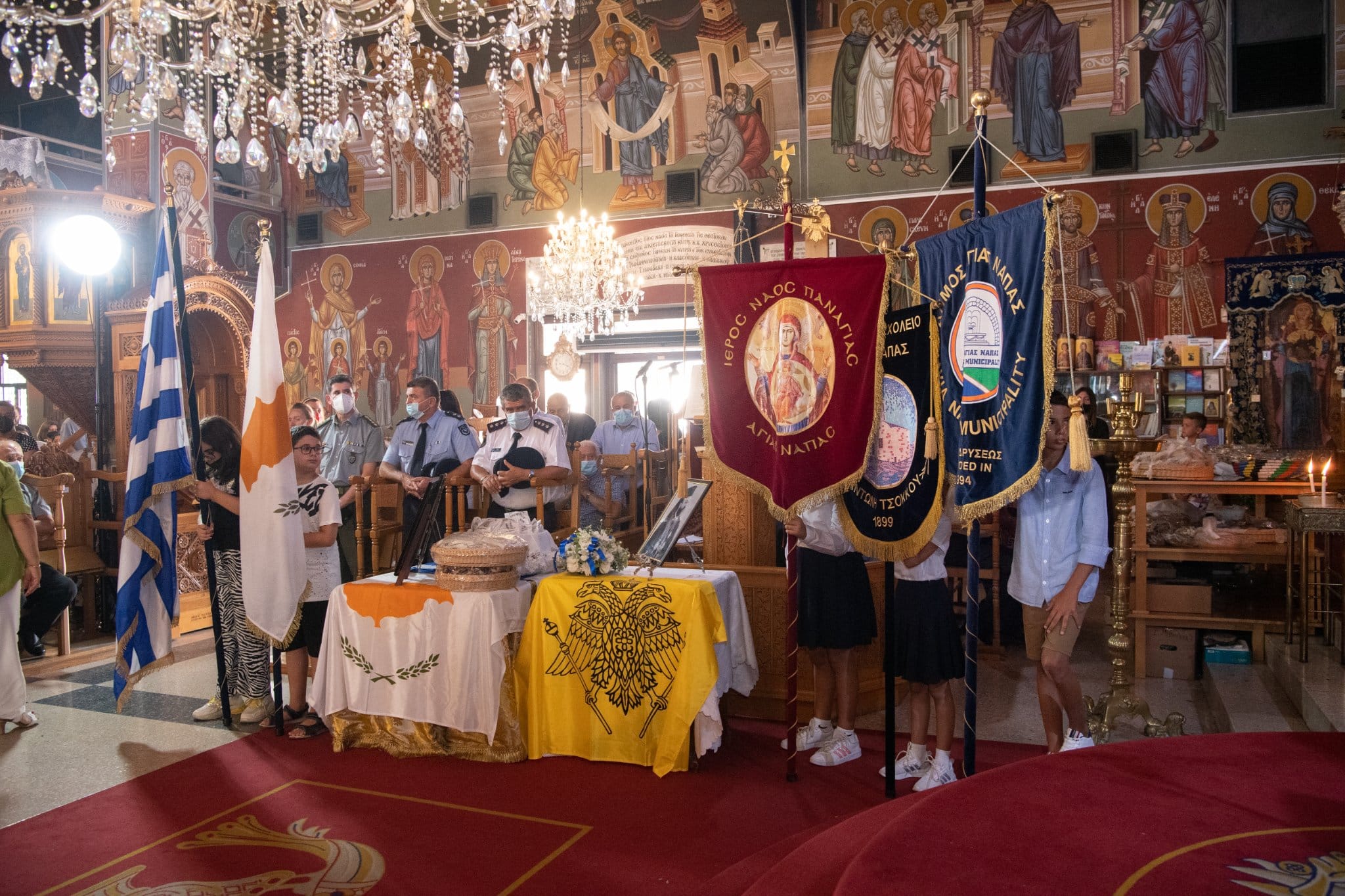 In his memorial speech, Mr. Fotiou mentioned that the heroes we honor today rushed to fulfill the sacred duty to the Motherland, vigorously defending the land, the people and our national dignity. Their memory marked, lasts as a silent voice of our collective conscience, to remain vigilant in the ramparts of the struggle for the salvation of our small country and for the redemption of our betrayed and wronged people. In the justification of this struggle lies the justification of their own sacrifice. 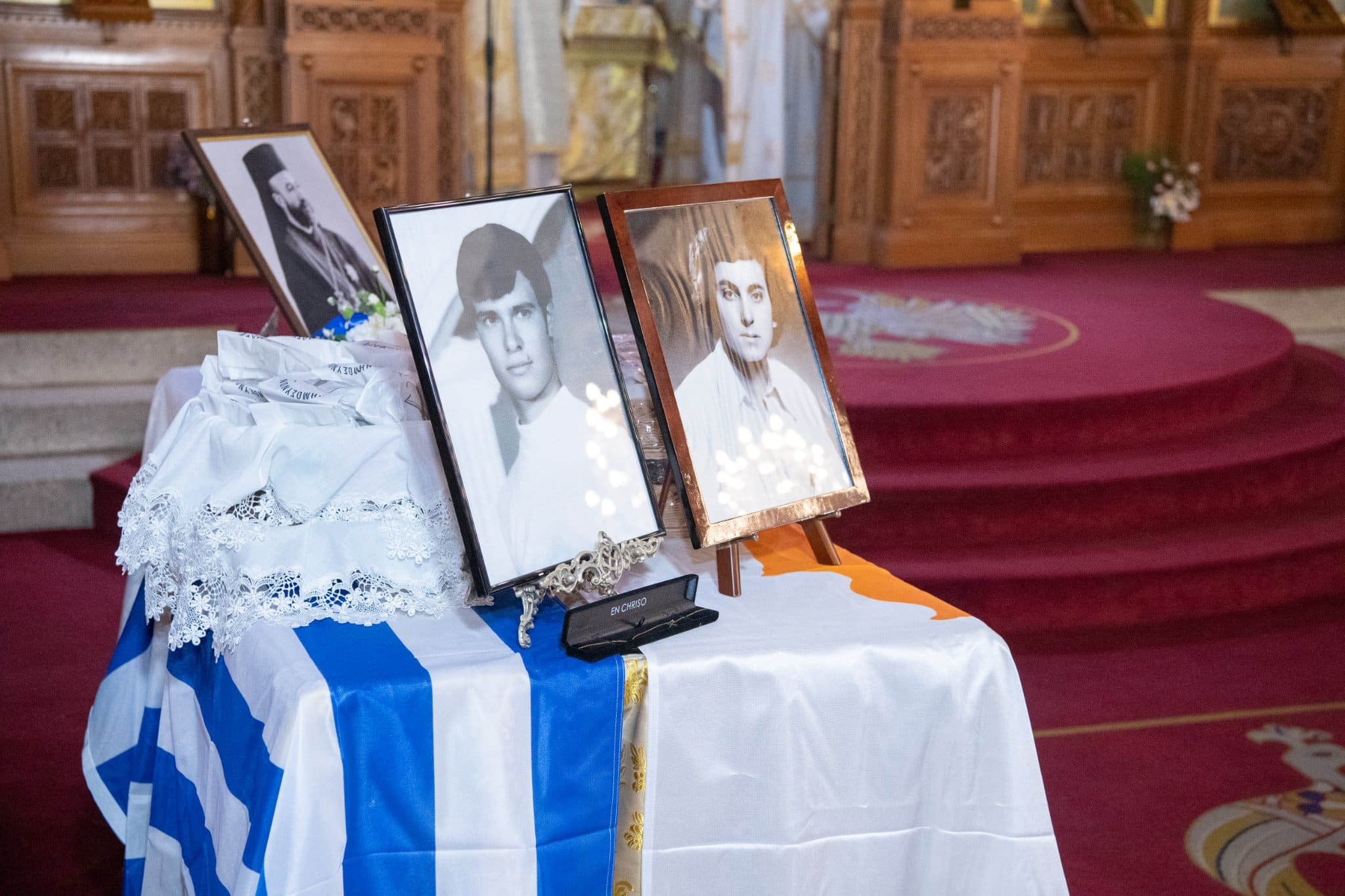 The historical lessons we learn from yesterday, he added, "strengthen our mental strength and stimulate our national consciousness which is the compass for our course in the future. We have no right to forget the sacrifices of our heroes, nor to write off the principles, values ​​and ideals for which they fought." 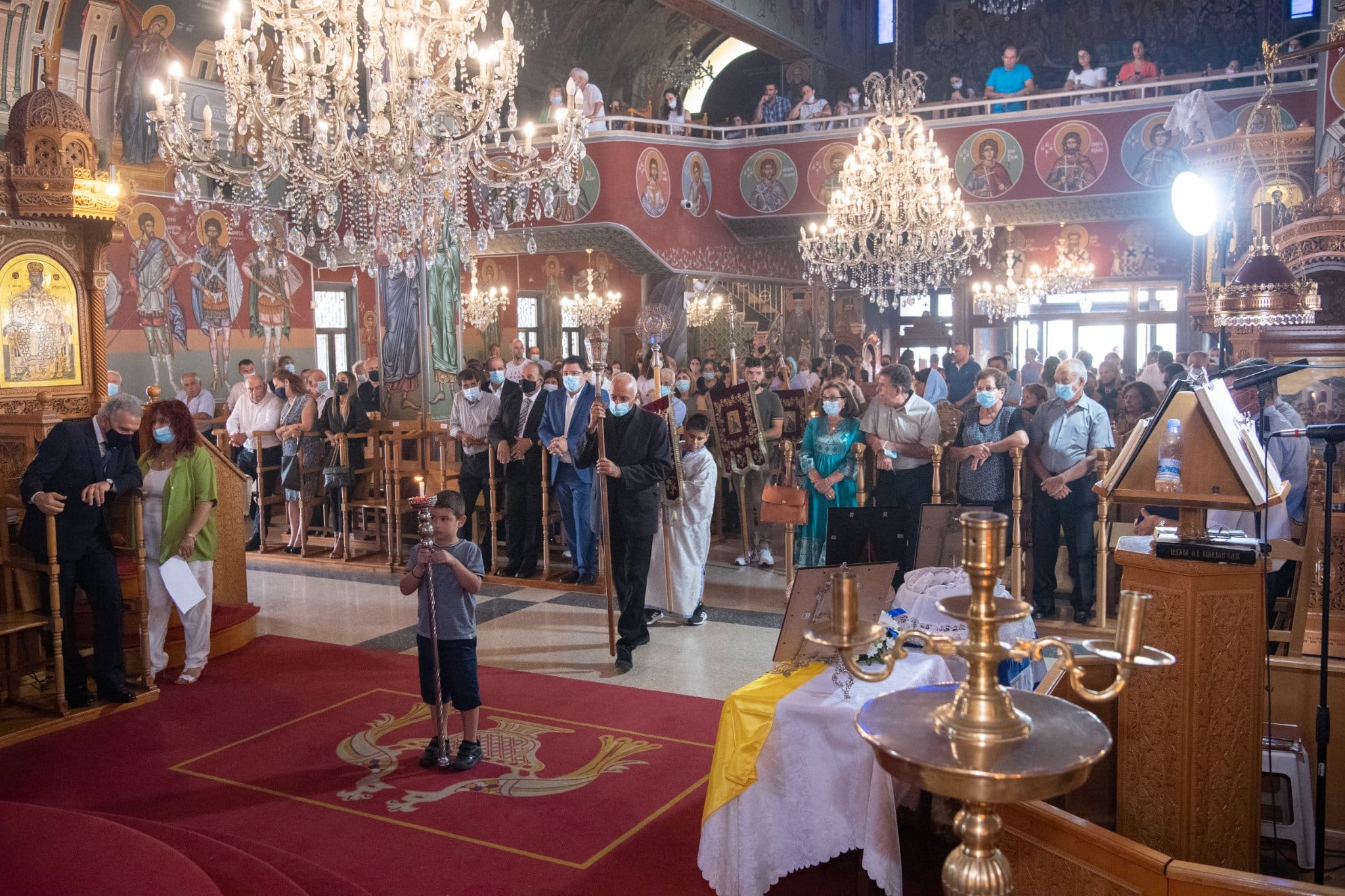 Referring to the missing persons, the most tragic aspect of the Cyprus tragedy, he emphasized that the debt, especially towards the relatives, is very heavy and assured that the efforts aimed at ascertaining the fate of the last missing person will continue with the same determination. The unacceptable attitude that Turkey continues to demonstrate, he said, constitutes a challenge to all civilized humanity and its responsibilities and obligations for an entirely humanitarian issue are enormous. 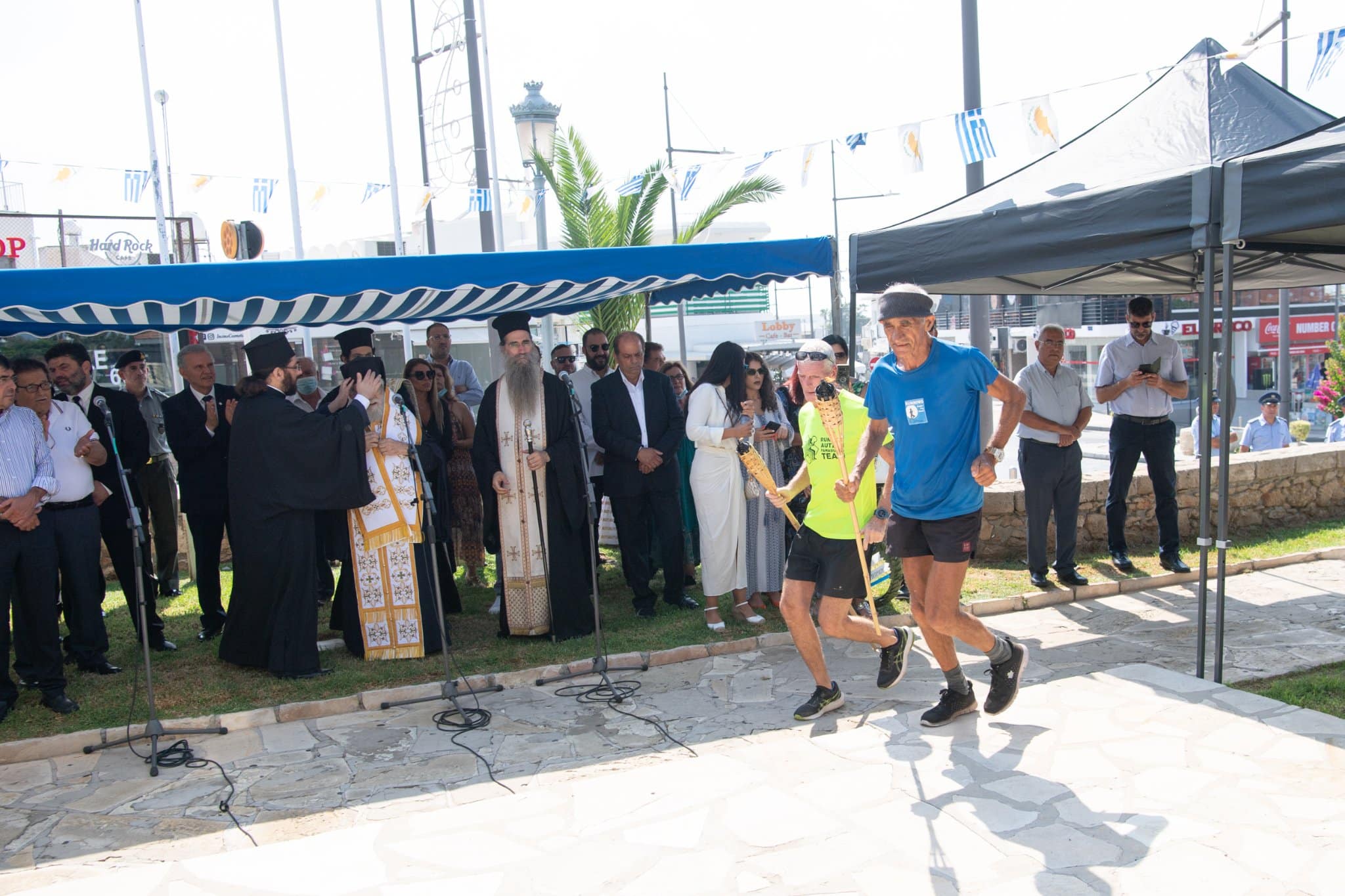 At the same time, Mr. Fotiou expressed his strong concern about the escalation of Turkish intransigence with the neo-Ottoman approaches and Ankara's revisionist tactics at the expense of the entire Eastern Mediterranean region, including the Aegean Sea, with the questioning of Greece's sovereign rights and the threats against the Greek islands. 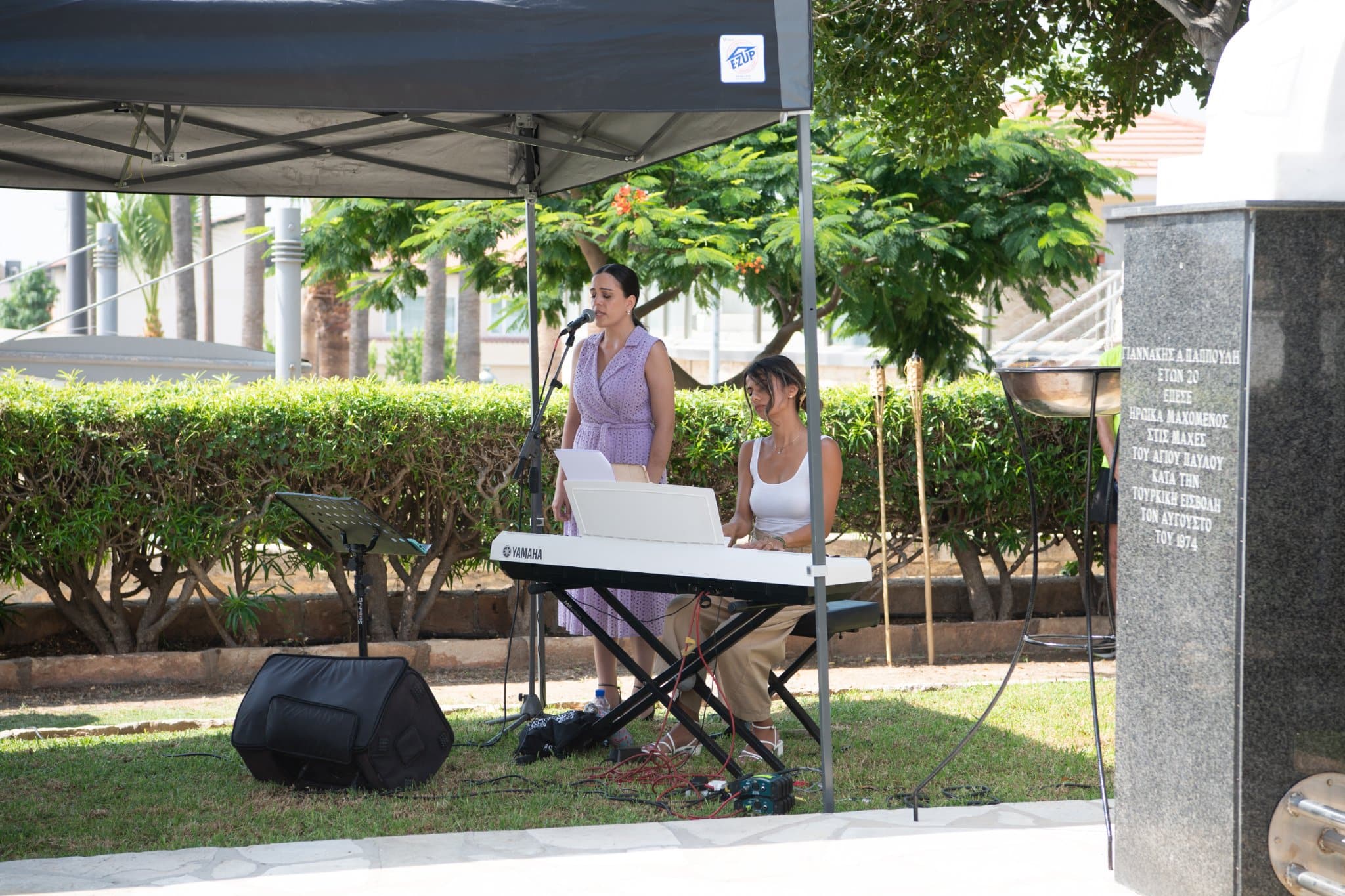 Our side, he noted, has repeatedly demonstrated that it insists on the resumption of a dialogue based on the decisions and resolutions of the United Nations with the aim of a solution of a bizonal bicommunal federation, and not of course a solution of two separate states, as it requires as a condition, in fact, the Turkish side to resume negotiation efforts.
"Despite the difficulties, stressed the Commissioner of the Presidency "our debt obliges us to continue our efforts resolutely to reach a solution that puts an end to the occupation and reunites our homeland without foreign guarantees and invasive rights, and with guaranteed human rights and the basic freedoms of all Cypriots. 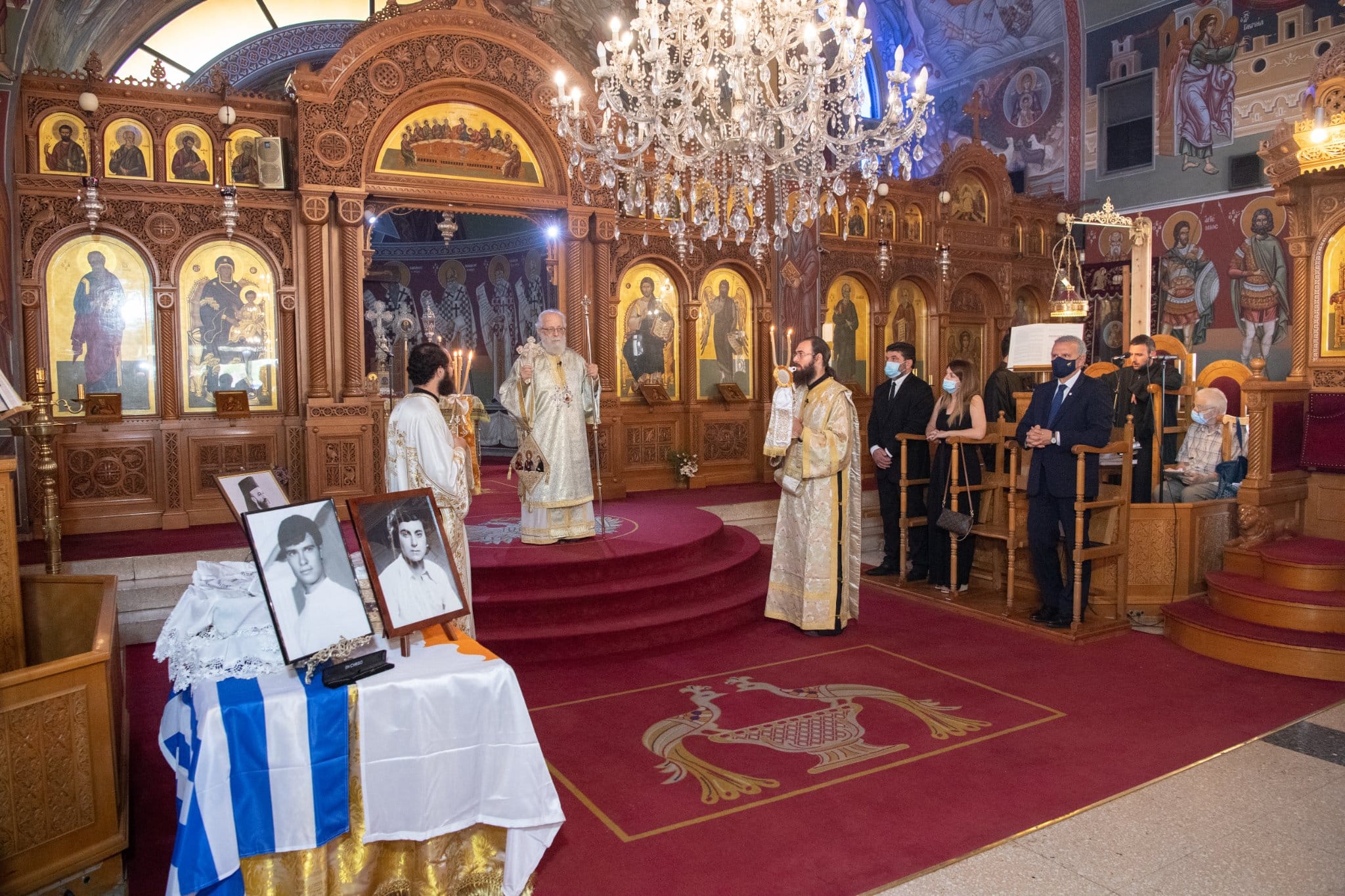 Concluding, Mr. Fotis Fotiou said that the Heroic Fallen, in favor of Faith and Country, with their pure ideals and great contribution, will forever illuminate the path we must follow, in order to ensure the survival of Cypriot Hellenism in this place .

"We have a duty of honor not to forget that the sacrifices of our heroes remain unjustified as long as our country remains divided and semi-occupied." 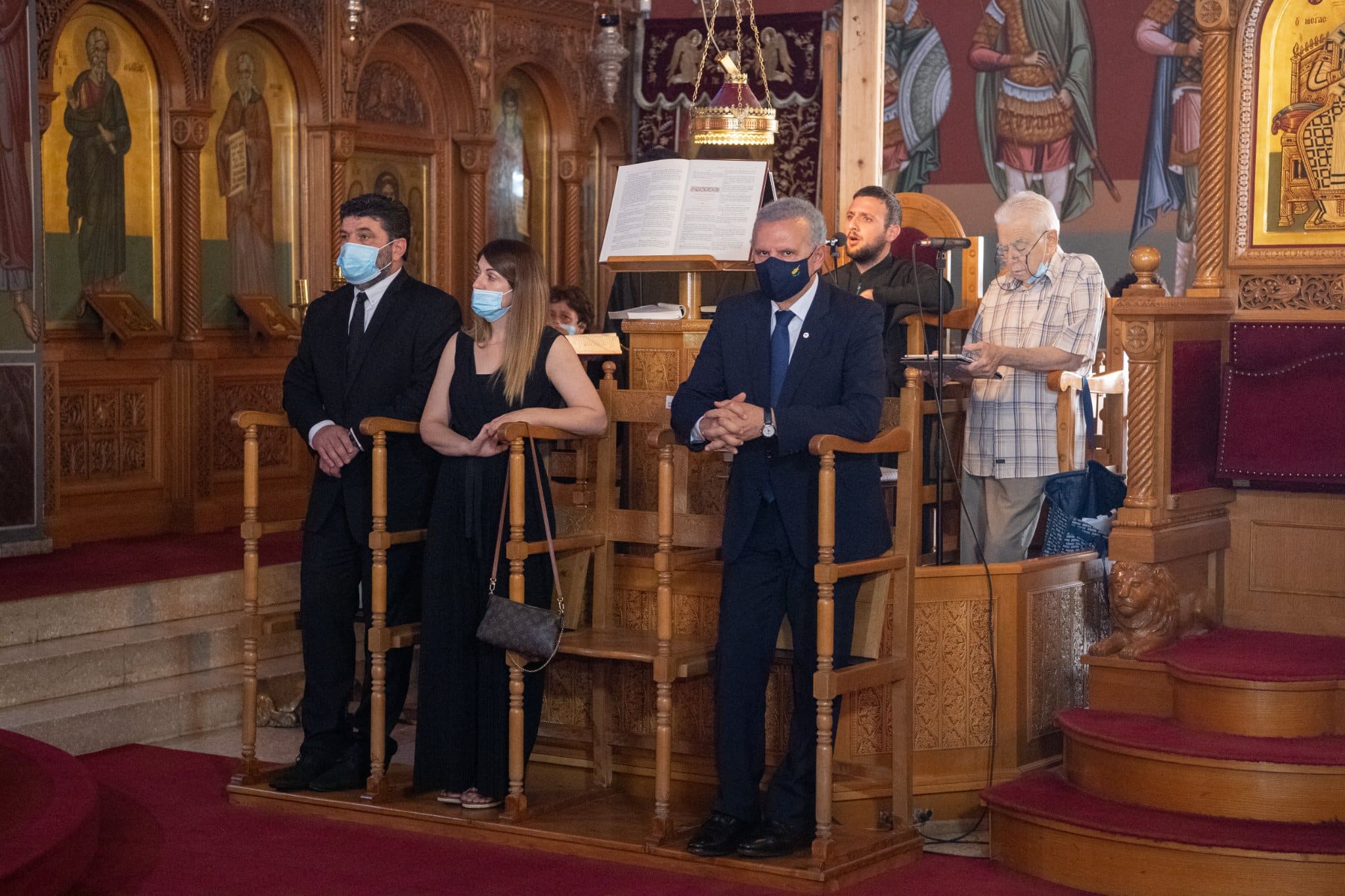 After the end of the commemoration, there was the laying of wreaths at the heroes' monument, the touching of the flame by the athletes of the Periklis Dimitriou Association and an artistic program by Marianna Hatzichristou in singing and Sevastiana Nourou on the piano. The cultural officer of the Municipality Mrs. Maria Tofini Tsantila was in charge of the program.